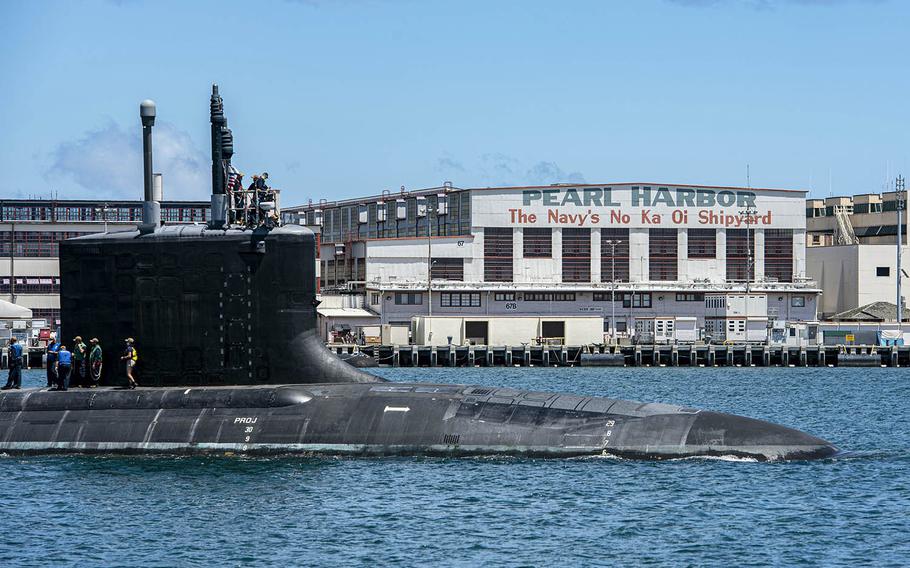 FORT SHAFTER, Hawaii — A sailor died Monday from an apparent self-inflicted gunshot wound while on duty aboard a submarine at Pearl Harbor Naval Shipyard, the Navy said in a news release Tuesday.

“Out of respect for the family the name will not be released until 24 hours after next of kin have been notified,” Cmdr. Cindy Fields, a spokeswoman for Submarine Force, U.S. Pacific Fleet, said in a statement to Stars and Stripes. “This is to provide adequate time to notify and care for the family prior to public announcement. Our thoughts and prayers are with the Sailors’ family, friends and shipmates.”

The Naval Criminal Investigative Service is investigating the death, the Navy said.

“While it would be inappropriate to comment on specific details of an ongoing investigation, the Sailor died from an apparent self-inflicted gunshot wound while on duty aboard a submarine at Pearl Harbor Naval Shipyard, Fields said.

The shipyard was the scene of a murder-suicide by a 22-year-old sailor in December 2019.

Romero had been assigned to the fast-attack submarine USS Columbia.

A Navy investigation released in September concluded that “no one could have reasonably predicted” Romero’s lethal actions and did not establish a motive for the shooting.