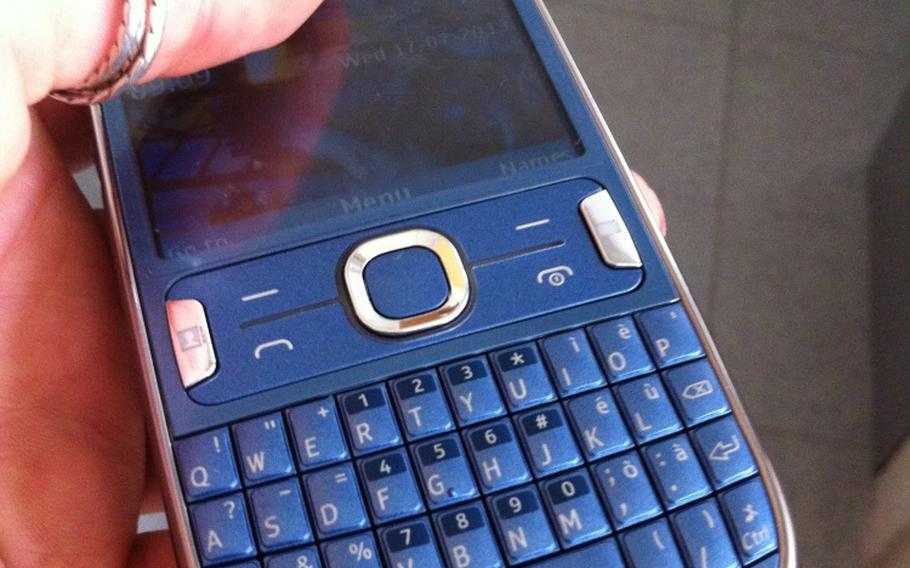 Buy Photo
A new law in France allows workers to legally put down their phones and ignore work emails during non-work hours. (Stars and Stripes)

South Korea’s defense ministry blocked its employees from using smartphones to take pictures and use the Internet within their headquarters Monday, a move officials say is designed to prevent security leaks.

Employees at the Seoul building, located near the U.S. Yongsan Garrison installation, must install an application on their personal phones that prevents camera and Internet use, a defense ministry spokesman told Stars and Stripes. Users may still use their phones to make calls and send text messages.

Once out of the building, the approximately 1,500 employees affected by the new rules may use their Internet and camera functions, ministry officials said.

If considered successful, the ministry may impose similar measures on South Korean military installations throughout the country, the spokesman said.

South Korean broadcaster KBS reported 1,700 incidents of classified information leaks since 2007; however, multiple ministry officials said they had never released such figures, and could not comment on the report.

Defense leaks are a contentious issue both in South Korea and in the United States, where it was reported in June that former Vice Joint Chiefs Chairman Gen. James Cartwright was being investigated for a possible leak related to a computer virus that attacked computers at Iranian nuclear facilities.

While government officials often discourage media leaks publicly, it is considered a somewhat regular practice. A 2007 Pew Research poll found that 26 percent of respondents said they thought government officials leaked information to further their personal advancement, while 11 percent said they did so to manipulate media outlets.

The Pentagon building does not restrict smartphone internet use in common areas. However, areas within the Pentagon known as Sensitive Compartmented Information Facilities have their own rules on phone use, according to Pentagon Force Protection Agency documents.