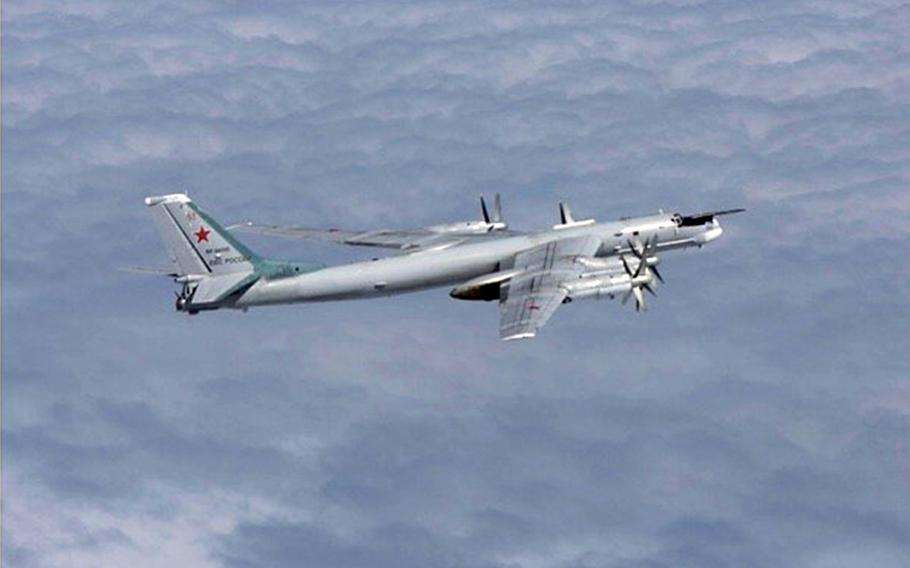 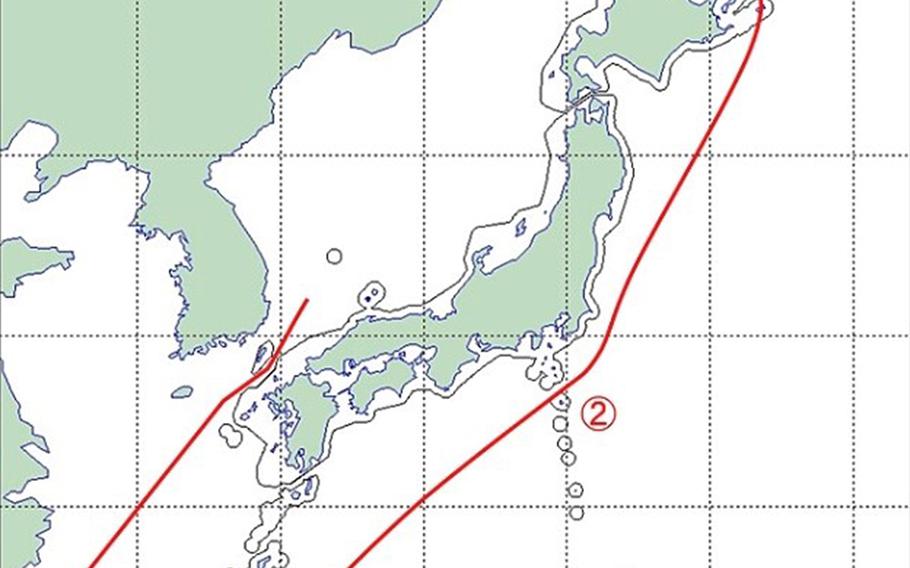 The red line on the map shows the flight path of two Russian Tupolev Tu-95 bombers aircrafts, marking both points of entry into Japanese airspace, June 20, 2019. (Japan Ministry of Defense)

The two missile-platform and strategic bombers first breached Japan’s airspace at 8:53 a.m.; a single plane again entered the country’s airspace at 10:21 a.m., the spokeswoman told Stars and Stripes on Friday. The rules of her job do not allow her to be named.

“Japan Air Self-Defense Force sent out fighter jets to warn these Russian [bombers],” the spokeswoman said. The aircraft “were in the airspace for three minutes.”

“The flight was carried out in strict compliance with the international rules of using international airspace, without any violations of the borders,” Tass cited the ministry as saying.

Japan Minister of Defense Takeshi Iwaya told reporters Friday morning that he was “deeply disappointed with the Russian bombers violating Japanese airspace twice in one day. We strongly request that such a thing does not happen again.”

In fiscal year 2018, the defense ministry counted 999 such incidents, the second-highest total since the country began scrambling aircraft in 1958. Within that fiscal year, Japanese pilots flew 343 sorties to intercept Russian aircraft, a 12% drop from 390 flown the previous fiscal year, the ministry said.

The remaining 638 sorties in fiscal 2018 were in response to approaching Chinese drones, fighters, bombers and surveillance planes, according to statistics released by the ministry in April.

The last reported violation of Japan’s airspace by what appeared to be Russian military aircraft was in September 2015 near the South Kuril Islands, which were annexed by the Soviet Union after World War II.