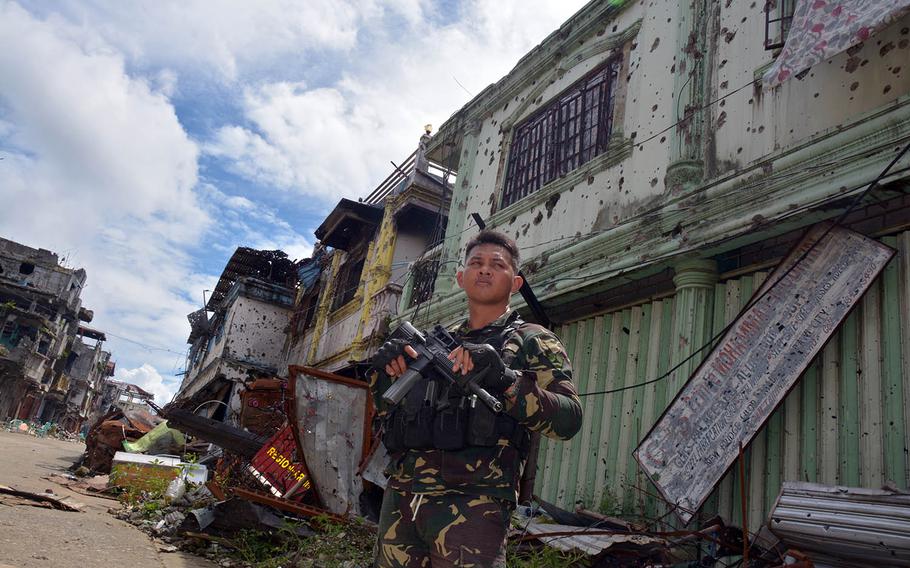 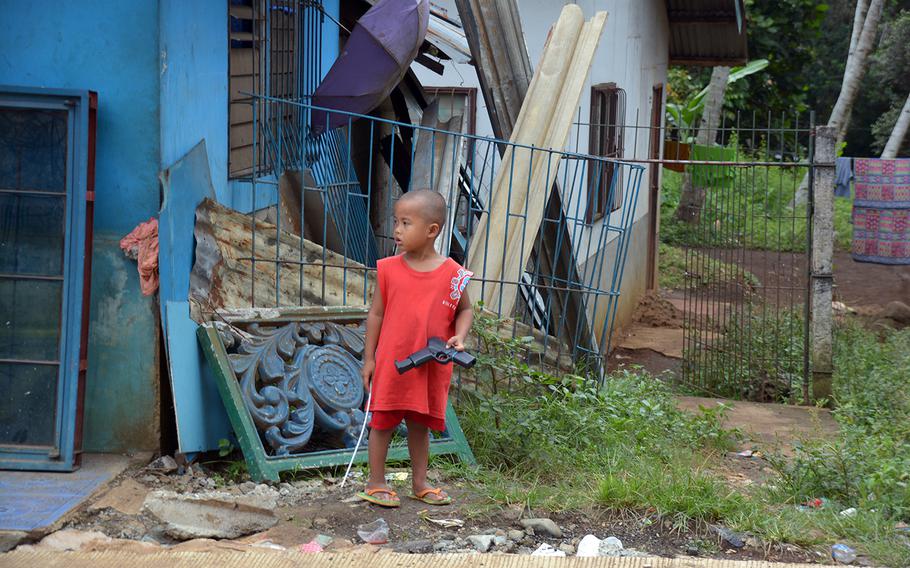 Buy Photo
A child plays on a roadside near the city of Marawi, Philippines, in November 2017. (Seth Robson/Stars and Stripes)

Islamic extremists remain a stubborn problem in the Philippines despite a multiyear U.S. military effort to combat the threat, according to a recent report to Congress.

“There has been little change in the capabilities, size, financing, and operations of [the Islamic State in East Asia],” O’Donnell wrote in the most recent report on the operation, which covers April 1 through June 30.

The failure to make progress eliminating the militant group comes despite the U.S. budgeting $72.3 million for the operation in the current fiscal year, according to the report. It cost more than $100 million in each of the previous two years, Voice of America reported Aug. 12.

Extremists continue to carry out sporadic, mostly small-scale attacks and the Philippines military, with intelligence and air support from the U.S., continues counterterrorism operations to keep Islamic State affiliates from spreading, O’Donnell wrote.

“In general, efforts to reduce extremism in the Philippines do not appear to have made a substantial difference since the launch of [Operation Pacific Eagle],” he wrote.

Islamic extremists have sought to capitalize on the Philippine government’s deployment of military assets to assist with the response to the coronavirus pandemic, the report states.

On April 17, approximately 40 Islamic militants ambushed Filipino soldiers on the island of Jolo, killing 12 and wounding 13. The Defense Intelligence Agency described it as the deadliest attack by the extremists since the January 2019 suicide bombing of a cathedral there that killed 23, according to the report.

However, “levels of violence in the Philippines were similar to previous quarters,” the report added.

A previous counterterrorism effort, Operation Enduring Freedom–Philippines, ran from 2002-2015. But in May 2017 a force of about 1,000 Islamic State militants seized the southern city of Marawi on the island of Mindanao, the center of Islamic culture in the Philippines.

Philippine troops prevailed in a months-long battle to liberate the city but suffered heavy casualties, including more than 160 dead. The fighting devastated Marawi’s infrastructure and displaced 353,000 residents of the city and surrounding area. Most of the Islamic State-aligned fighters in the city, including their leader, Isnilon Hapilon, and his top lieutenants, were killed in the fighting.

A Philippines expert at the University of Hawaii said the inspector general’s assessment of counterterrorism efforts in the country sounds disingenuous.

“If you compare how much the U.S. has spent in Iraq and Afghanistan, the Philippine share is a pittance,” Patricio Abinales told Stars and Stripes via email Friday.

Islamic terrorism will remain an endemic problem in the Philippines given the fact that the U.S. offers only technical support to local forces and the difficulty of policing the border and limiting military corruption, he said.

In February, Duterte’s government announced it would scrap the Visiting Forces Agreement governing U.S. troops in the country within 180 days. Then, in early June, Duterte suspended the termination for six months due to “political and other developments.”

To avoid another Marawi the U.S. military should continue to maintain close ties with Philippine counterparts, Abinales said.

Ultimately, there needs to be a political solution to the problems with extremism in the Philippines, said Ian Chong, an assistant professor in the National University of Singapore’s political science department.

“A military role can help facilitate that outcome, but is probably unable to do so alone,” he said in a Friday email.

Finding a solution will require will and direction from the Philippines government and population that doesn’t seem apparent, Chong added.

“Containment is a next best approach,” he said. “Insofar as such approaches hold, it may be possible to avoid a repeat of Marawi. But I don’t think there’s a guarantee.”