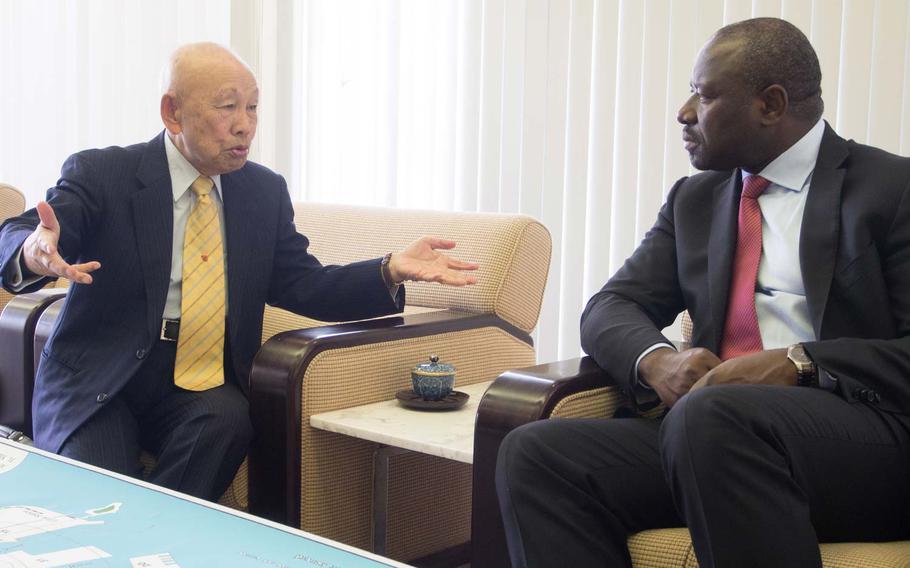 In this photo from the Comprehensive Nuclear-Test-Ban Treaty Organization, Keijiro Matsushima, left, a survivor of the atomic bombing of Hiroshima, talks with CTBTO Executive Secretary Lassina Zerbo during Zerbo's visit to Japan in November 2013. (https://www.flickr.com/photos/ctbto/11050554163/in/set-72157638046746746)

Matsushima was 16 on Aug. 6, 1945, when an American B-29 called Enola Gay dropped an atomic bomb on Hiroshima City, helping to bring an end to World War II. He went on to become an English teacher in Hiroshima, national broadcaster NHK reported. He was in a classroom about 2 kilometers from the epicenter, it said.

After retirement 40 years later, Matsushima became a spokesperson of sorts for the victims of the event and voiced his opposition to nuclear weapons.

“I am simply one of the older citizens, not a politician, not an influential person, but I can appeal on behalf of Hiroshima to more people in the world. When these people hear me, they will have a strong opinion to oppose nukes. I hope maybe some help for the future of the world, that’s why I am doing what I am doing," he told foreign publication Famagusta Gazette in 2012.

Matsushima died at 85 of complications related to a years-long battle with liver cancer and blood disease, NHK said.