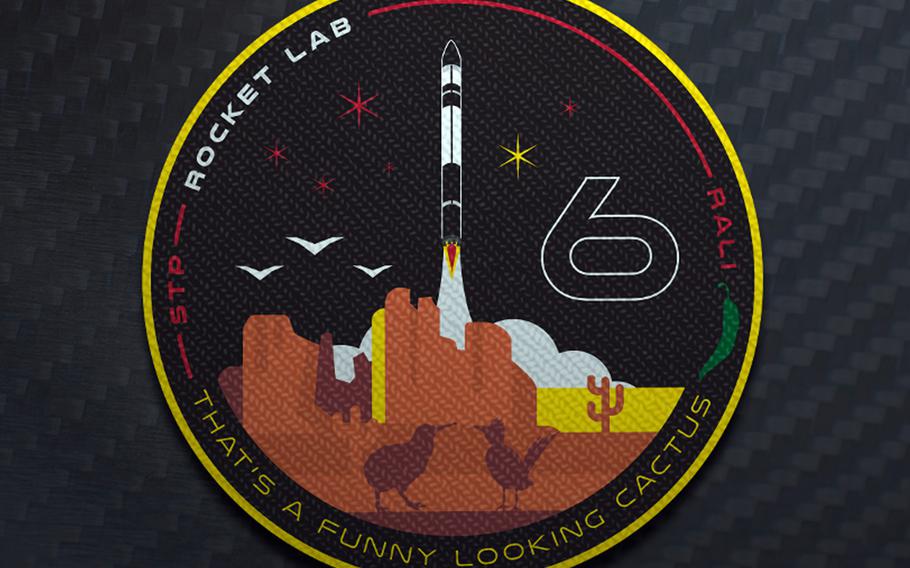 Rocket Lab, founded by Peter Beck in 2006 and headquartered in Huntington Beach, Calif., launched its first rocket from New Zealand in January 2018 and its first commercial satellite in November. (Courtesy of Rocket Lab)

A trio of Air Force satellites is ready to blast off from New Zealand on an Electron rocket as early as Saturday, according to the company charged with getting them into space.

“We hope … [there will be] many launches with our government customers,” said Lars Hoffman, a former Air Force U-2 spy plane pilot who served at Kadena Air Base, Okinawa, and Osan Air Base, South Korea, before becoming Rocket Lab’s Los Angeles-based senior vice president for global launch services.

Rocket Lab has conducted five launches so far and put 25 satellites into space. It has launches scheduled every month this year, Hoffman said.

The Air Force is interested in commercial launch services because they’re cheaper and more convenient than traditional launches, said Paul Buchanan, an American security analyst based in Auckland, New Zealand.

“The real sensitive stuff will continue to be in U.S. military and government hands, but the rest is an open field at this point,” he said in an email Thursday.

If commercial entities can lower turn-around times between launches then they’re likely to see more government business, he said.

The satellites launched by Rocket Lab fly in low Earth orbit — between 100 and 1,200 miles above the ground. They’re ideal for geospatial mapping and remote sensing and can also be used for intelligence gathering, Buchanan said.

The militarization of space is not a matter of if but when, he said. “Getting a leg up on potential adversaries through the use of trusted and secure commercial partners is naturally attractive to U.S. military planners.”

In March, India successfully shot down one of its own low-Earth satellites, scattering debris that, NASA said, threatened the International Space Station. Russia and China also have anti-satellite weapons.

Rocket Lab’s small satellite launches, which can cost a fraction of the $40 million to $50 million to blast a large national security satellite into orbit, could be a game changer for customers managing small satellites in low-Earth orbit, according to Morgan Bailey, a company spokeswoman.

If a satellite in a constellation fails and it needs to be replaced immediately, Rocket Lab’s service could be the answer, she said.

“To do that you need to be able to launch frequently, reliably and at short notice,” she said.

Electron rocket engines and avionics are made in California and shipped to New Zealand for assembly, Hoffman said.

The launch site, on the Mahia Peninsula on the east coast of New Zealand’s North Island, has favorable weather and low air traffic, he said.

There’s minimal red tape from the New Zealand government, meaning the company can launch up to 120 times a year, far more than would be possible at facilities such as Cape Canaveral or the Kennedy Space Center in Florida or Vandenberg Air Force Base, Calif., he said.

The rocket that will take off this month has been dubbed “That’s A Funny Looking Cactus” in honor of the Air Force Space Test Program’s home in Albuquerque, N.M., according to Rocket Lab’s website.

The payloads on the rocket include a device for tracking space junk designed by Air Force Academy cadets, a satellite called Harbinger designed to test synthetic aperture radar and SPARC 1, a communication and situational awareness device, Bailey said.

Rocket Lab’s launch will happen during a 14-day window that begins Saturday, she said.

The military’s involvement in space has come under extra scrutiny since President Donald Trump began pushing plans for a Space Force last year.

Rocket Lab is building a second launch facility at NASA’s Wallops Flight Facility in Virginia that will allow it to launch another rocket each month, he said.

It has also developed a solar-powered “satellite bus” that can carry a customer’s gear into space and support it for up to five years. That might be attractive to people who want to put cameras or other systems in orbit but don’t want the hassle of designing their own satellite, Bailey said.