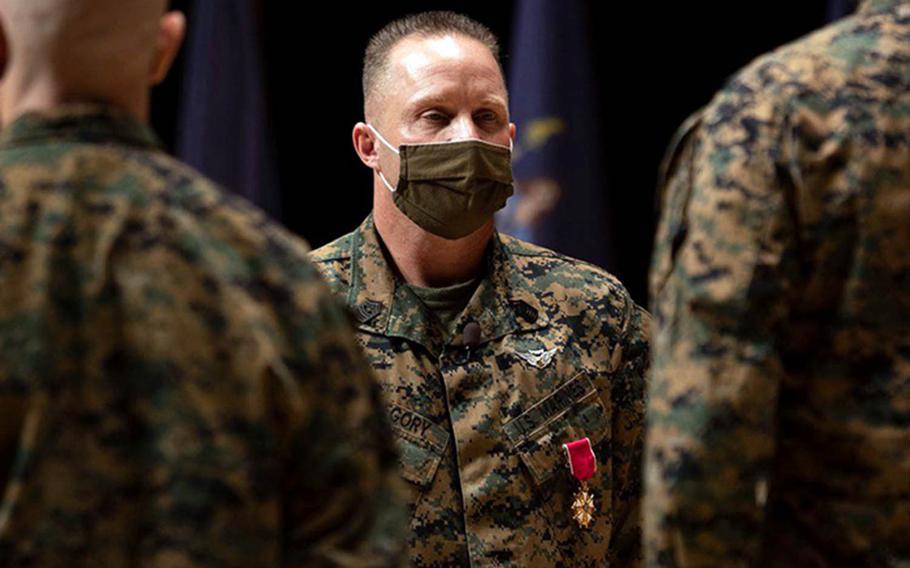 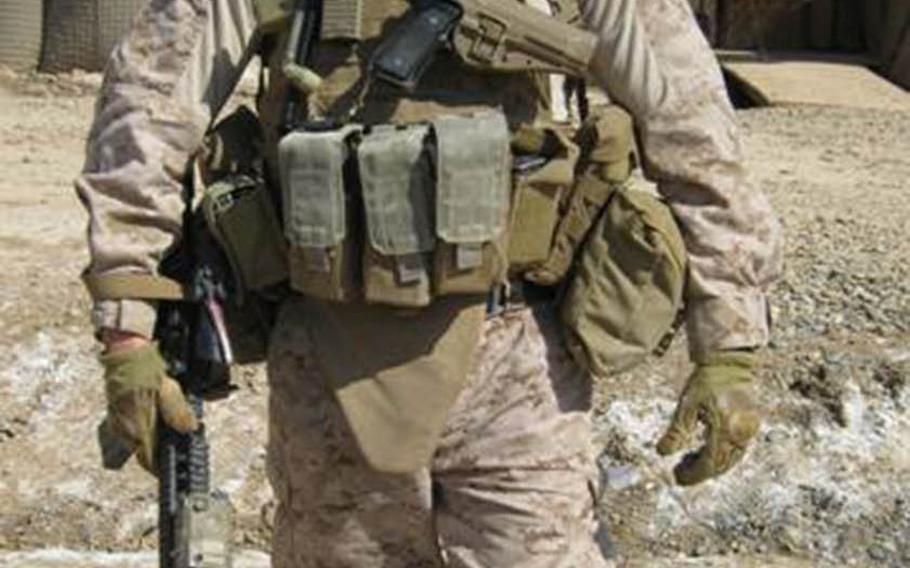 Joe Gregory, a 30-year Marine, deployed once to Afghanistan and three times to Iraq. (Joe Gregory)

MARINE CORPS AIR STATION IWAKUNI, Japan — Joe Gregory was with the Marines on the road to Baghdad and has swaggered beneath a drill instructor’s cover on a San Diego parade deck, but he faced his final trial in Japan.

Gregory, a 30-year Marine, hung up his eagle, globe and anchor Dec. 8, retiring from active life as the sergeant major at Marine Corps Air Station Iwakuni, though he’s still on the Corps’ roster until March.

At MCAS Iwakuni, he and base commander Col. Lance Lewis navigated nine months of the coronavirus, doing what they could to maintain the health and safety of more than 15,000 Marines, Defense Department civilians, contractors, Japanese employees and their families as the pandemic flared outside the gates.

Gregory said he changed the way he viewed the virus when the Marines postponed physical fitness tests until January.

“It’s just who we are as Marines; it’s in our DNA,” he told Stars and Stripes on Nov. 16. “When they said no more PFTs, that may seem small, but I thought that was a huge step based on who we are and the things we do.”

The Defense Department decision to give base commanders leeway to impose restrictions that fit their situations was especially apt, Gregory said. It was key to corralling the coronavirus when it inevitably appeared at the air station.

Any outbreak at MCAS Iwakuni poses a threat to three aircraft groups from two nations. The air station is home to Marine Aircraft Group 12, which includes three squadrons of fighters and one of air refuelers; the Navy’s Carrier Air Wing 5, the air arm of the Ronald Reagan Carrier Strike Group; and Fleet Air Wing 31 of the Japan Maritime Self-Defense Force.

Under Lewis and Gregory, the air station experienced only a handful of coronavirus cases, many of them from the United States, until November, when a third wave in Japan contributed to 34 cases.

“One, we are young and healthy,” he said, “and two, when someone tells us to wear a mask, we wear a mask.”

Son of ColoradoIn 1991, Gregory was a 20-year-old grocery store clerk in Colorado Springs, Colo., whose horizon stopped at the Rocky Mountains. Then he joined the Marines.

“Boot camp was a life-changer for me,” he said. “The first day on the parade deck and hearing the national anthem playing, that was awesome. My parents did a fine job raising me, but the Marine Corps fine-tuned me.”

He spent the next seven years as a mechanic on CH-53E King Stallion heavy-lift helicopters. He deployed once to Afghanistan and three times to Iraq, including the 2003 drive to Baghdad.

His next stop was Marine Corps Recruit Depot San Diego and the life of a drill instructor. The day he earned the distinctive Smokey Bear campaign hat that sets drill instructors apart is his most memorable day in the Corps.

“Walking across that stage, putting on the cover with my mom and dad in the audience, that was probably the best moment,” he said.

Yelling at recruits is fun, Gregory said, but that’s not really the job. That’s turning a young man or woman into a Marine.

“These kids come from all walks of life, and you don’t know their stories,” he said. “But on graduation day their mom or dad walks up and tells you all the nice things that kid has written about you after you did your best to wear him out every day for 12 weeks. You find out maybe he didn’t have a dad in the family and wrote to his mom that you were the most positive male influence in his life. That is when it definitely hit home for me.”

The Corps has come a long way since recruit Gregory rolled into boot camp. Young Marines have access to things now that weren’t even imagined in the 1990s.

Privates no longer wait in line at the barracks payphone for a chance to call home. Mobile phones make that a quaint memory. Today’s Marines live in dormitories with their own kitchens and high-speed internet.

“Yes, you will still have Marines who are upset about the barracks, and there are some things that we could probably do better,” he said, “but I walk into some of the facilities here, and I’m amazed at what they have.”

Educate, educate, educateGregory tells younger Marines to take advantage of the Corps’ tuition assistance program and further their educations. He starts his next chapter in life without a degree and that makes a difference.

“As I’m trying to put in resumes, I’m seeing that it’s a struggle,” he said. “Everyone wants education. They want to see a bachelor’s in something. It doesn’t really even matter what it’s in.”

Gregory plans to split his time between Colorado and San Diego before settling with his family somewhere in between. But first, he’s just going to take a break.

“I don’t know what I’m going to do yet, and I’ve got some time to figure it out,” he said. “I just want to make the right decision for my family.”

One thing missing from Gregory’s sea bag when he turns toward home: any thought that a grocery clerk from Colorado Springs made the wrong move 30 years ago.

“This is a pretty good life,” he said, “and a pretty rewarding career I’ve had.”