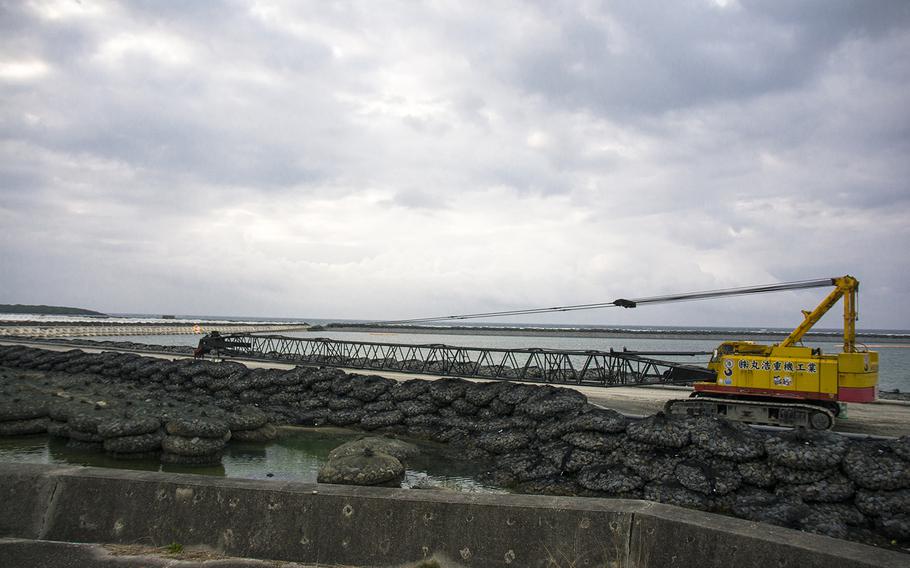 Buy Photo
Construction work on a runway that will one day facilitate the relocation and closure of Marine Corps Air Station Futenma continues at Camp Schwab, Okinawa in March 2019. (Stars and Stripes)

The Okinawa prefectural public health department notified the defense bureau, an arm of the Japanese Ministry of Defense, on Thursday that a local contractor had tested positive for the virus that is sweeping the globe in a pandemic, a bureau spokesman said.

The contractor worked as a maritime security guard; the guard’s coworkers were sent home to quarantine themselves, the bureau spokesman said. Traditionally, some government spokespeople in Japan speak on condition of anonymity.

The spokesman declined to provide further information on the security guard. He also declined comment on the number of local workers who might have had contact with the guard and whether those workers are being tested for the coronavirus.

The bureau on Thursday sanitized the building where the guard worked. The spokesman said the bureau believes he had no close contact with Marines on Camp Schwab, where the new airfield is under construction.

The spokesman said that after a discussion with the construction company, which he declined to identify, the bureau decided to temporarily halt construction.

The bureau will work with the public health department closely to prevent further spread of the virus, the spokesman said.

As of Monday, Okinawa had reported 125 confirmed virus cases, the prefectural government website said. These include two U.S. airmen and a family member from Kadena Air Base.