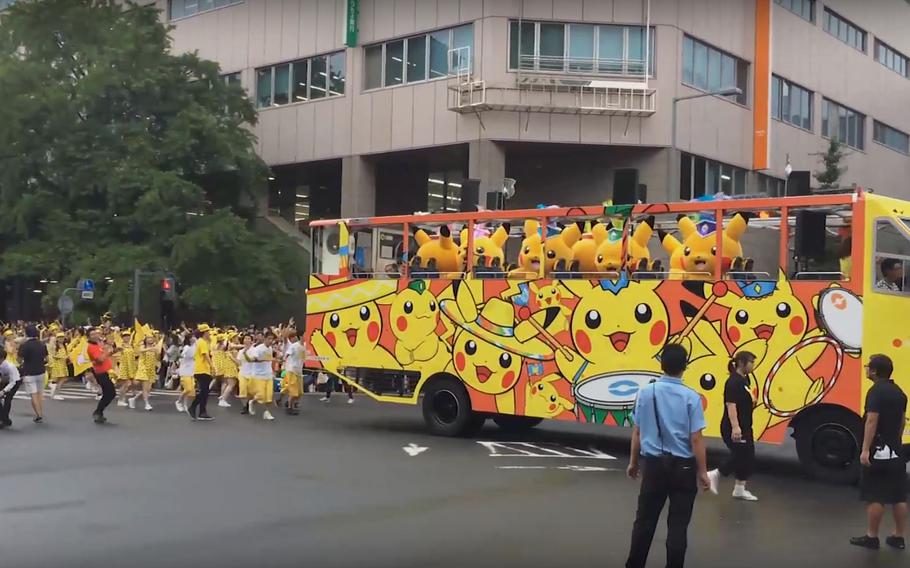 The massive gathering of “kawaii” – Japanese for “cute” –characters flowed from Zou-no-hana Park to Yokohama Park in the city’s center, before parading back to where they started. Crowds decked out in Pokemon garb cheered as the Pikachus swiftly made their way along the route with other dancers and performers.

The hourlong parade was part of a series of Pokemon-themed events taking place in Yokohama through Tuesday that included smaller parades, gaming and pop-up Pikachu appearances.

It also spawned a global craze last year with the release of “Pokemon Go,” an augmented-reality smartphone game layered over the physical world in which players are sent to real-life locations to capture Pokemon characters. The game was a smash hit, shooting to the top of download charts soon after it launched last summer.