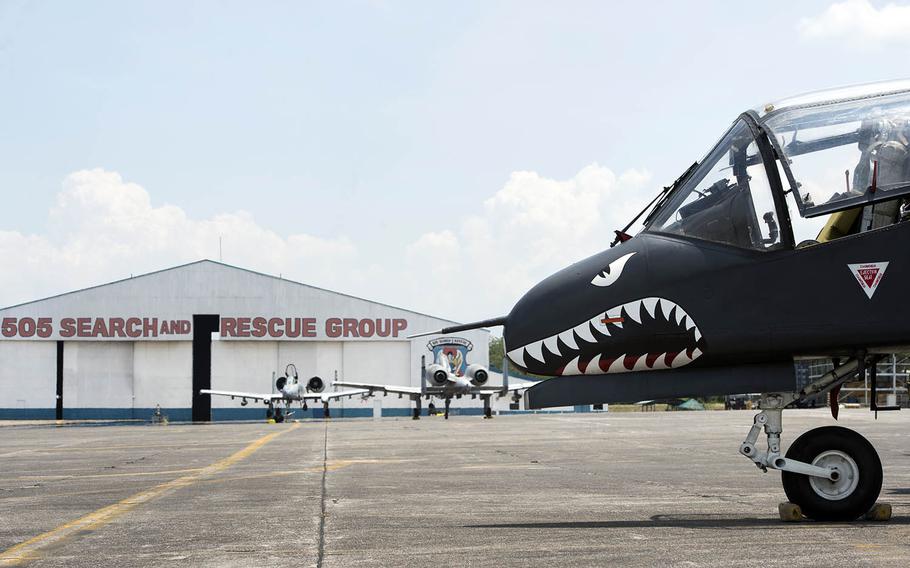 China and the Philippines have agreed to build a railway linking a pair of former American military facilities on the island of Luzon that are still used by visiting U.S. forces.

Chinese Ambassador to the Philippines Huang Xilian trumpeted the $940 million deal to link Subic Bay and Clark Air Base — which comprised America’s largest overseas military community before the installations closed following the 1991 eruption of nearby Mount Pinotubo — in a Facebook post Saturday.

China’s state-run Xinhua news agency reported the same day that negotiations between the two countries over a loan to finance the project would soon begin.

"Once completed, the railway will build a resilient linkage between ports, railways, and airports along the Subic-Clark corridor, which will improve the logistic efficiency, trim the transportation cost and support the potential demand for freight services and economic activities in the region," the Chinese Embassy said according to the agency.

The 44-mile railway is the most expensive government-to-government project involving the two countries and the flagship of Philippine President Rodrigo Duterte’s “Build, Build, Build” program, Huang said in his post.

A Dec. 29 notice awarding the contract to the China Harbor Engineering Co., is posted on the Philippines Department of Transportation website. The firm, which is a subsidiary of the state-owned China Communications Construction Co., was accused of transferring funds to a Sri Lankan politician’s election campaign while engaging in a number of construction projects there in 2018, according to the New York Times.

Construction on the Subic-Clark project is estimated to last 42 months, Huang said.

The railway would have limited impact on U.S. forces visiting the facilities, although it could become an issue if the U.S. seeks a greater presence in the region, Ian Chong, an associate professor of political science at the National University of Singapore, said in an email Wednesday.

In 2015, as U.S. Marines were building a rotational presence in Australia’s Northern Territory, the government granted a 99-year lease for the Port of Darwin to a Chinese firm.

That same year a Chinese company acquired a 99-year lease on a failing Sri Lankan port near Indian Ocean shipping lanes that had been financed with Chinese loans that were defaulted on.

Duterte, since assuming office in 2016, has sought closer relations and infrastructure investment from Beijing, muting his criticism of China’s occupation of his country’s territory in the South China Sea.

However, he hasn’t followed through on threats to expel U.S. Special Forces battling Islamic extremists in the south or withdraw from a visiting forces agreement that facilitates large-scale bilateral exercises, U.S. port calls at Subic or U.S. Air Force operations out of Clark.

A pair of Chinese companies signaled interest in a financially troubled Subic Bay shipyard in 2019, but there is speculation that the facility may be taken over by Australian shipbuilder Austal and U.S. private equity firm Cerberus Capital Management.

Philippine officials recently said that a Chinese firm is not in the running to assume control of the shipyard, the Philippine Daily Inquirer reported Oct. 3.

“[Subic is] not going to be a U.S. naval base like it was, but it would be a US/Australian company doing business to support both the U.S. and Philippine navies as well as countries in the region,” Austal’s customer affairs and business development director, Lawrence Ryder, told Stars and Stripes in a telephone interview last spring.

A Philippines expert at the University of Hawaii, Patricio Abinales, described the Clark-Subic rail announcement as a nice advertisement but all words.

“I do not think this will pull through,” he said.

Only about $926 million of $9 billion worth of infrastructure loans and grants promised to the Philippines by China in 2016 had been provided, the South China Morning Post reported Oct. 26.

Chong added: “What may be worth looking out for in the future is whether changes to the US-Philippines mutual defense treaty and visiting forces agreement follow this development, if there are limitations or conditions placed on US military calls on these facilities, or if some exchange regarding the US military forces operating in and around areas claimed by the Philippines occur.”