Pentagon nominates Aquilino to take over US Pacific Fleet 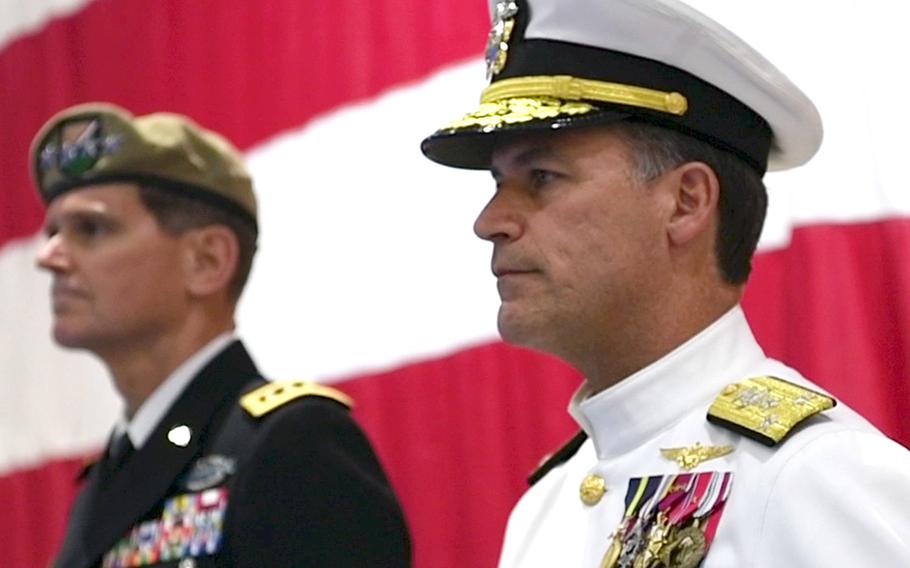 YOKOSUKA NAVAL BASE, Japan – The Pentagon has tapped the head of the Navy’s Middle Eastern forces to take over its largest fleet.

Vice Adm. John Aquilino, the commander of both the Navy’s 5th Fleet and Naval Forces Central Command, has been nominated to take over the Hawaii-based Pacific Fleet, Defense Secretary Jim Mattis announced on Friday.

If confirmed, Aquilino would be taking charge of a fleet stretching nearly 100 million square miles, nearly half of the Earth’s surface, the Navy said. Pacific Fleet consists of about 200 ships and submarines, nearly 1,200 aircraft and more than 130,000 sailors and civilians.

Aquilino started his current position as head of Navy forces in the Middle East only five months ago.

Current Pacific Fleet commander Adm. Scott Swift announced last September that he would retire at an unspecified date after learning he would not be nominated to lead U.S. Pacific Command.

“In keeping with tradition and in loyalty to the Navy, I have submitted my request to retire,” Swift said in a statement released to the fleet.

Swift is among a slew of Navy leaders that have either been fired or forced into early retirement after a pair of collisions last year killed 17 sailors aboard the USS Fitzgerald and the USS John S. McCain.

Last year, the Navy relieved the ships’ commanders along with the head of 7th Fleet. The leaders of Task Force 70 and Destroyer Squadron 15, which oversee the fleet’s destroyers and cruisers, were also relieved of their duties.