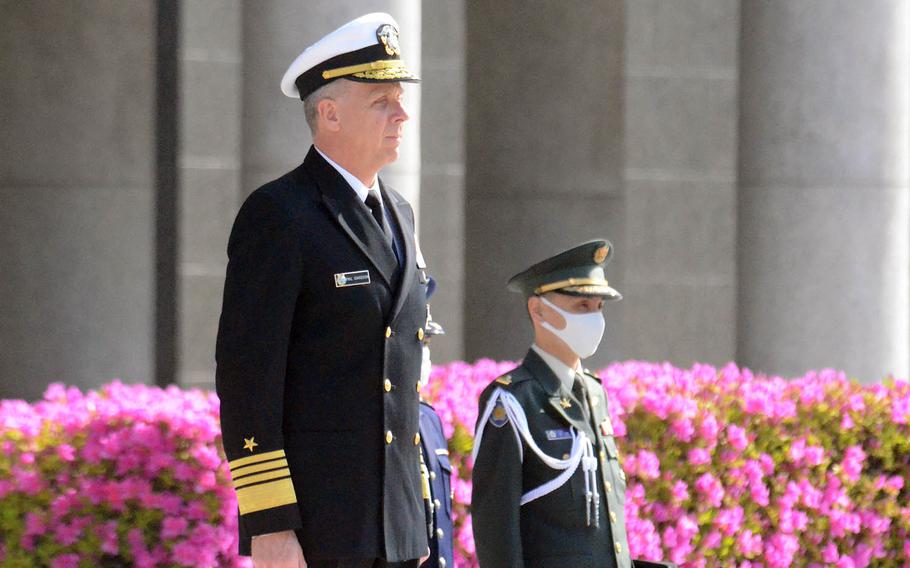 South Korea gave a prestigious medal to the head of U.S. Indo-Pacific Command a day after Japan presented him with its third-highest award.

South Korean Defense Minister Suh Wook during a ceremony in Seoul on Tuesday presented Adm. Philip Davidson the Tongil Medal of the Order of National Security Merit for his contribution to the alliance and peace on the Korean Peninsula, according to a ministry statement.

Japanese Emperor Naruhito on Monday bestowed on Davidson the Grand Cordon of the Order of the Rising Sun, Japan’s third-highest honor, for contributions to the U.S.-Japan alliance.

"Commander Davidson has been unsparing in his support based on his deep trust in the alliance … and made a great contribution to militarily back up diplomatic endeavor for complete denuclearization and lasting peace settlement on the Korean Peninsula by managing the intraregional tense situation stably," the statement said.

After the ceremony, Davidson was scheduled to talk with Suh and top South Korean military leaders.

North Korea and denuclearization of the Korean Peninsula topped a list of issues when Secretary of State Antony Blinken and Defense Secretary Lloyd Austin met their South Korean counterparts last month in Seoul.

Davidson, who has led America’s oldest and largest combatant command since May 2018, is on what is likely his final overseas trip.

Adm. John Aquilino, the commander of the Pacific Fleet, has been nominated to replace him and is awaiting Senate confirmation.