Osaka breaks another coronavirus record as US reports 12 cases in Japan, South Korea 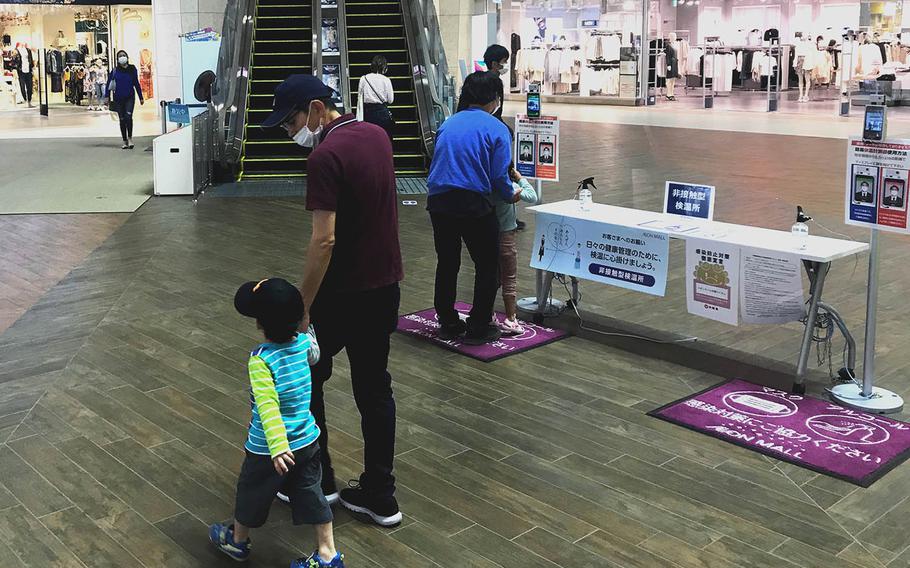 TOKYO — The spring coronavirus surge in Japan’s largest cities continued Thursday in Osaka prefecture, where two record-setting days this week were topped by another 905 new infections, according to public broadcaster NHK.

Osaka prefecture, the home of Japan’s second-largest city, has reported its highest one-day case totals on three of the past six days, a number that surged past 700 on Tuesday for the first time, according to prefectural data. Osaka, neighboring Hyogo prefecture and Miyagi prefecture in northeastern Japan are under quasi-emergency public health emergencies.

Tokyo reported another 545 people with the coronavirus Thursday, NHK reported. It said Tokyo Gov. Yuriko Koike has asked the national government to re-impose emergency measures in targeted areas to shorten business hours and control the virus’ spread. Tokyo and the surrounding three prefectures that comprise the larger metro area lifted a 2 ½-month-long emergency on March 21.

“Although it has not become a big swell nationwide, the number of newly infected people nationwide continues to increase, and the infection is re-spreading in some areas, so we respond with a strong sense of caution,” NHK quoted Suga as saying. “We will take ‘priority measures’ that focus on the region flexibly and intensively to stop the spread of infection.”

Tokyo’s central districts were recently opened to visits by personnel at some U.S. commands in Japan after the city lifted the emergency last month. Most U.S. bases put Osaka off-limits as the number of infections there has tripled.

One person at Misawa Air Base contracted the virus after a recent visit to Osaka, 35th Fighter Wing commander Col. Jesse Friedel said during a Facebook Live session Thursday. That makes two people at Misawa who developed COVID-19 since Tuesday after visiting the city, he said.

Friedel said those individuals isolated themselves and had few close contacts at the air base.

He also said the air base will receive 1,900 doses of the one-shot Johnson & Johnson vaccine that will be administered 8 a.m. to 6 p.m. April 16 at the base officer’s club. Anyone 18 and older and eligible for military health care may line up for a shot, he said. A separate line will form for active-duty personnel.

“I want to be around for my family, and I want to ensure that I can stay healthy and be able to be around for a long time,” Friedel said, encouraging his command to get inoculated. The vaccines, approved for emergency use by the Food and Drug Administration, may only be taken voluntarily.

Friedel said that of those “in the community” offered the vaccine so far, 86.3% have accepted it. He said 24% of all active-duty personnel at Misawa are fully vaccinated; another 30-33% have the first of the two-shot Moderna series.

Elsewhere, Kadena Air Base on Okinawa had seven people test positive, according to a base Facebook post Wednesday evening. Three became ill with COVID-19 symptoms; two were close contacts of a previously infected person and tested positive in quarantine; the other two came up positive on the test required before traveling to the United States.

One new patient is an employee at the Chili’s To Go on base, which was closed for sanitizing. Contact tracing resulted in an unspecified number of people quarantined, the base said.

In South Korea, the U.S. military reported four people tested positive for COVID-19 after arriving on the peninsula between March 25 and Monday, according to a news release Thursday.

Two service members arrived at Osan Air Base on the Patriot Express, a government-chartered air service, on March 31 and Monday. One service member and one dependent arrived on commercial flights at Incheon International Airport on March 25 and Saturday.