Okinawa prosecutors charge Marine with assault on a woman, interfering with police 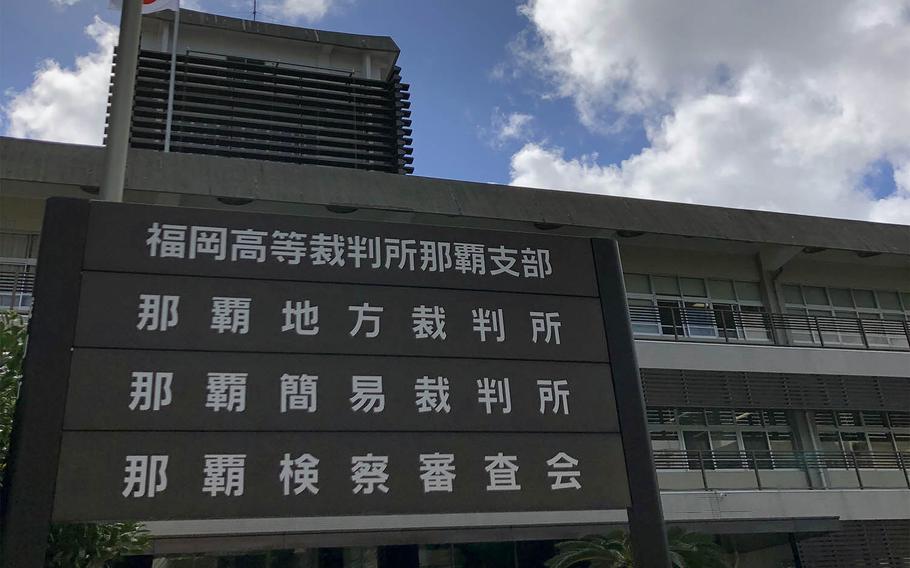 CAMP FOSTER, Okinawa – An Okinawa-based Marine accused of assaulting a woman in a Naha parking lot and then shoving a responding police officer back in January has been officially charged by prosecutors.

Pfc. Marvin Earl James Jr., 24, a transmission systems operator with 3rd Marine Division at Camp Courtney, was charged Friday with indecent assault and interfering with the public duties of police, an official from the Naha District Public Prosecutors Office told Stars and Stripes by phone Monday. They declined to elaborate further.

No court date has been set, a Naha District Court spokesman said. It’s customary in Japan for government officials to speak to the media on condition of anonymity.

James was arrested shortly after the Jan. 31 incident on suspicion of interfering with public duties, police said at the time. He remained at Naha Police station where he was formally arrested again Feb. 11 on suspicion of indecent assault.

Police alleged that James approached a woman walking home on a Naha street, took her into a parking lot and forcibly tried to kiss her at about 5 a.m. Jan. 31, a spokesman told Stars and Stripes last month.

A police officer who viewed James as suspicious approached him walking alone an hour later in the Kumoji area of Naha, police said in February. Police said James had been drinking and shoved the officer who attempted to question him.

Neither the officer nor the unidentified woman was injured, according to police.

If convicted of the interference charge, James faces up to three years in prison, with or without hard labor, or up to $5,000 in fines, according to the Japanese penal code. A conviction of indecent assault brings six months to 10 years with hard labor.

The Marine Corps is cooperating with local authorities on the case, a Marine Corps Installations Pacific spokesman told Stars and Stripes last month.

“We take every instance of misconduct seriously,” 1st Lt. Timothy Hayes wrote in an email Feb. 2.

“These actions undermine the core values of the Marine Corps and are not tolerated on or off duty,” he said. “The command will address any substantiated misconduct at the appropriate judicial or administrative level.”