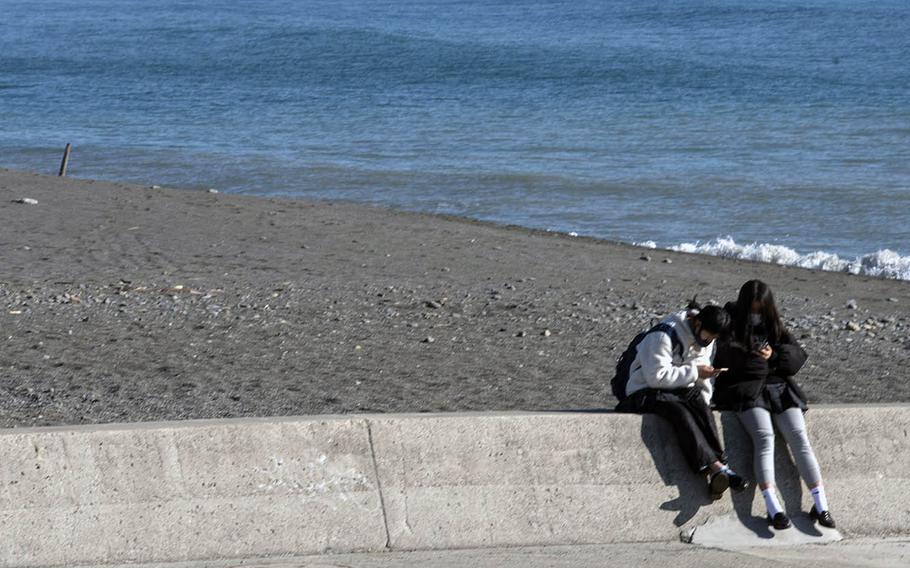 TOKYO – New coronavirus cases in Japan’s capital city held steady at just over 1,000 for a tenth consecutive day as U.S. military bases in the country reported 64 new infections as of 6:30 p.m. Friday.

The Tokyo Metropolitan Government on Friday recorded another 1,175 people infected with the virus, according to public broadcaster NHK.

On Okinawa, Marine Corps bases reported no new cases but curtailed most off-base activities indefinitely due to a record-breaking number of new infections on the island.

“All off-base activity will be limited to physical fitness and essential services only,” Marine Corps Installations Pacific announced on Facebook.

The Marines also ordered their people on Okinawa to wear masks “at all times when indoors on and off base” while in the presence of someone who is not a family member or a roommate.

The order applies to service members, civilian employees and family members, according to the post.

Kadena Air Base, also on Okinawa, had 13 people test positive over the previous week, according to a Facebook post Friday. Nine turned up as close contacts of previous cases; three were already in mandatory quarantine after recent travel outside Japan; and one, an employee at the base exchange, tested positive after becoming ill with symptoms of COVID-19, the coronavirus respiratory disease.

Okinawa reported 103 new cases and one death due to coronavirus complications Friday, a prefectural health official told Stars and Stripes by phone.

Gov. Denny Tamaki on Wednesday declared a local emergency on the island prefecture until Feb. 7. He asked Okinawans to stay home as much as possible and businesses to close by 8 p.m.

Eleven other prefectures on the main islands of Japan, including Tokyo and other major cities where infections are spreading, were already under a state of emergency imposed by the national government until Feb. 7.

The emergency measures are voluntary, but Japan’s Cabinet under Prime Minister Yoshihide Suga on Friday forwarded to the national Diet a proposal that puts enforcement teeth in the law, according to NHK.

Yokosuka Naval Base, 35 miles south of central Tokyo, said 33 new coronavirus cases have appeared since Tuesday, according to a Facebook post Friday.

Eleven of them, including two base employees, tested positive after falling ill with symptoms of COVID-19. Another 15 were discovered during contact tracing. Five are recent arrivals to Japan and two tested positive during medical screening.

The base has 166 patients under observation. So far this month, 238 people have contracted the virus at Yokosuka.

Yokota Air Base, the headquarters of U.S. Forces in Japan in western Tokyo, had 13 people tested positive for the virus between Jan. 15 and Friday, according to a Facebook post.

Most of those individuals were already in quarantine. Seven were new arrivals to Japan; four were close contacts of another infected person.

The remaining two were identified by public health authorities; the base provided no further information.

Yokota has 15 patients under observation and has reported 56 cases so far this month.

Misawa Air Base, 400 miles north of Tokyo, had three people test positive, according to a news release Friday. One person developed symptoms of COVID-19 and self-quarantined; contact tracing identified the remaining two. The base has nine active cases.