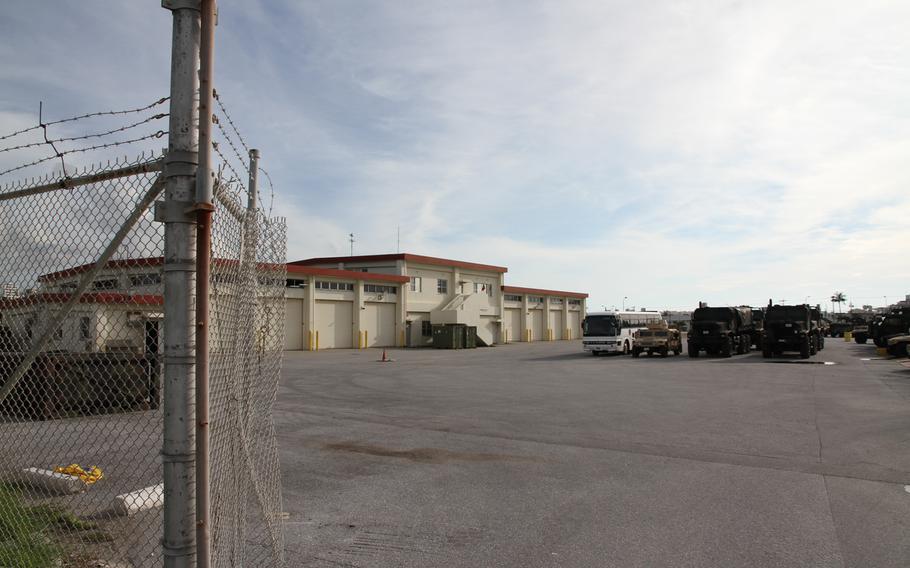 Someone drove a stolen seven ton AMK-23 truck through this gate aboard Camp Foster in Ginowan on Saturday and fled the Marine Corps base. The truck was found in Naha on Monday. NCIS is asking for the public's help to catch the perpetrator or perpetrators. (Matthew M. Burke/Stars and Stripes)

CAMP FOSTER, Okinawa — A Marine suspected of crashing a stolen 7-ton vehicle through a Camp Foster gate before abandoning it in southern Okinawa is in pretrial confinement, according to Marine officials.

The suspect, whose named has not been released, allegedly took the AMK-23 Marine Corps truck from a secure motor pool on the Ginowan base June 28. No formal charges have been filed.

The circumstances of the case remain unclear as Marine officials said this week that they could not comment, citing the ongoing investigation. They said no keys are required to operate the vehicle.