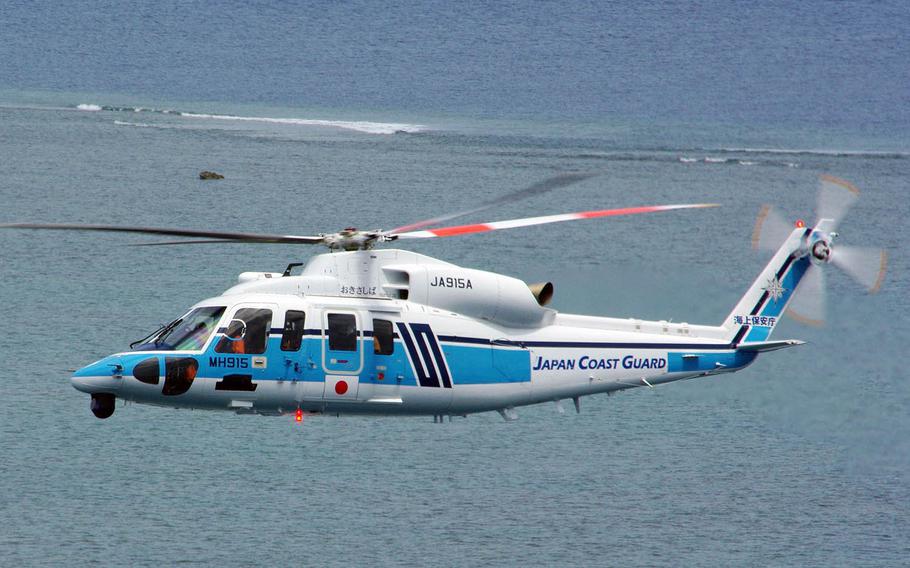 The Japan Coast Guard was called upon to help find a Marine who had gone missing while surfing near Ikei Island, Sunday, Feb. 28, 2021. The U.S. service member was found unresponsive and declared dead after being taken to a hospital. (Japan Coast Guard)

The unidentified service member was surfing with five fellow Marines near Ikei Island at about 2:40 p.m., when the Marine became separated from the group and disappeared, the 31st Marine Expeditionary Unit, the logistics battalion’s parent command, wrote in a statement.

The group contacted local authorities and the Japan Coast Guard for assistance, according to the statement. The Marine was found unresponsive about two hours later.

The Marine was taken by ambulance to Nakagami Hospital and declared dead at approximately 6 p.m., the statement said.

No cause of death has been announced and the incident is under investigation, according to the statement. The Marine’s name is being withheld until 24 hours after next-of-kin are notified.

Sea conditions on both sides of Okinawa were “all-clear” at the time of the incident, according to the weather flight at Kadena Air Base.

Ikei Island is adjacent to Uruma and accessible over a series of bridges.

This is the second surfing death in the American military community on the island in the past six months.

Senior Airman Jeremieh Soroten, 21, of the 18th Munitions Squadron at Kadena, disappeared Nov. 22 while surfing near Cape Hedo in northern Okinawa. His body was found five days later following an extensive search by air and sea.