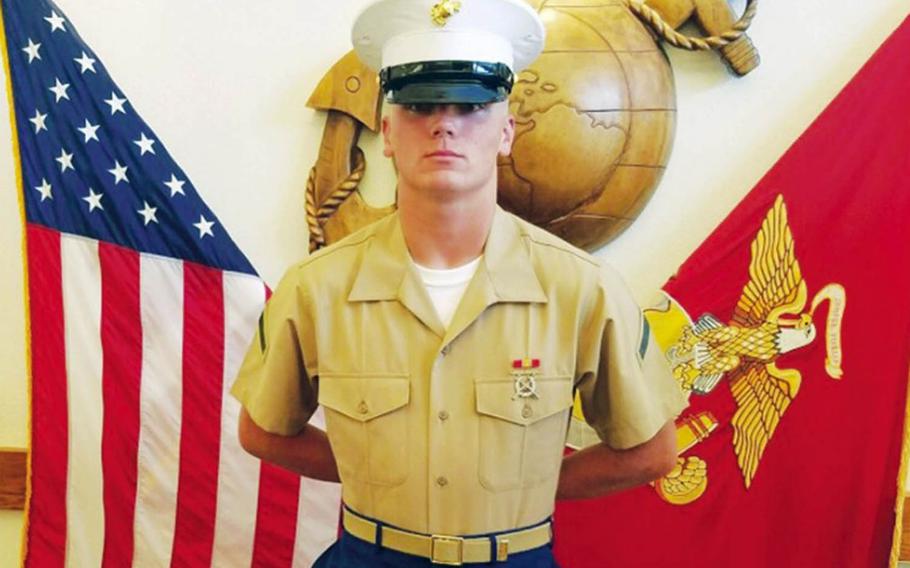 Okinawa-based Marine Donavan Macura, 19, of Kalispell, Mont., died May 25 during a training run on the Japanese island prefecture. (Screenshot from Flathead Beacon)

A teenage Marine died May 25 during a training run on Okinawa — just one week after arriving at his new duty station.

Donavan Macura, 19, of Kalispell, Mont., was on a 3-mile run when he suddenly dropped to one knee, had a seizure and collapsed, according to the Daily Inter Lake newspaper of Kalispell. Family members were unaware of any previous medical conditions that could have caused his death.

Macura — whose rank was not immediately available — had left Camp Pendleton for Okinawa on May 19, the Marine’s friends said on social media.

Macura enlisted in the Marine Corps after high school, according to the Flathead Beacon. His high school wrestling coach told the Montana newspaper that Macura “stood for what the Marines stand for: doing the right things, working hard, being disciplined, watching out for each other.”

Macura would have turned 20 years old on Thursday.

A Marine Corps spokesman called Macura’s death a “regrettable loss,” and said the incident is under investigation.