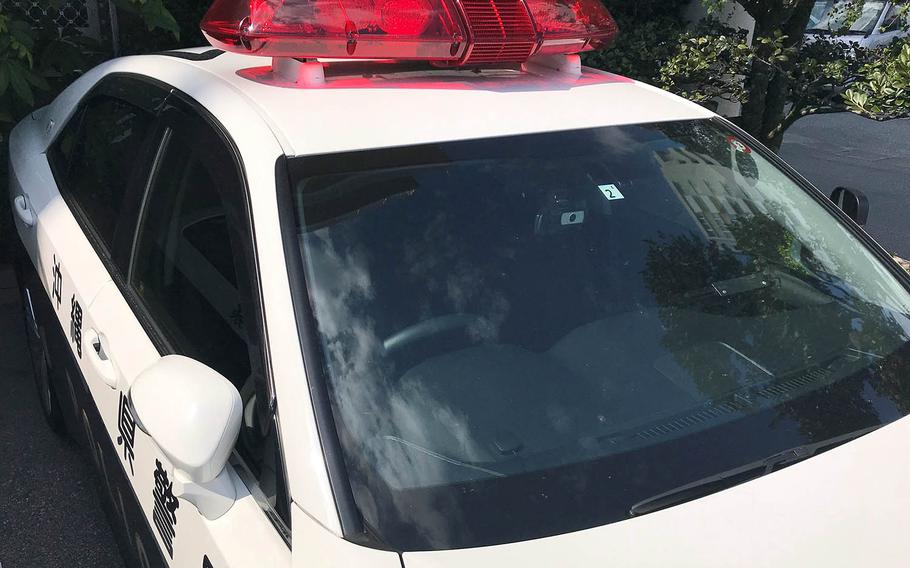 Buy Photo
A Marine and an Air Force civilian were arrested in separate incidents over the weekend on Okinawa. (Matthew M. Burke/Stars and Stripes)

CAMP FOSTER, Okinawa – Japanese police on Okinawa over the weekend arrested a Marine for shoving a police officer and an Air Force civilian employee for shoplifting in separate incidents, according to police spokesmen.

Pfc. Marvin Earl James Jr., 24, assigned to Camp Courtney, was arrested around 6:30 a.m. Sunday in Naha city on suspicion of interference of public duties. A Naha Police spokesman told Stars and Stripes on Monday that James shoved a police officer attempting to question him. James, walking alone in Kumoji, apparently looked suspicious, according to the spokesman.

The officer was not injured, and James denied the allegation, the spokesman said.

Police referred James’ case to prosecutors Monday, the spokesman said. If convicted, he faces up to three years imprisonment, with or without hard labor, or up to $5,000 in fines, according to the Japanese penal code. He was still in custody on Monday.

In a separate incident, Air Force civilian employee Joseph Botulinski, 63, was arrested around 4:30 p.m. Sunday on suspicion of shoplifting at a Japanese recycle shop in Okinawa city, an Okinawa Police spokesman said Monday.

The 18th Wing at Kadena did not respond to requests Tuesday seeking comment on Botulinski.

Botulinski’s case was referred to prosecutors on Tuesday morning, the police spokesman said. He declined to say whether he was still in custody, citing “privacy issues.”

The penalty for theft is 10 years or less imprisonment with hard labor or less than $5,000 in fines, according to Japan’s Penal Code.

It’s customary in Japan for government officials to speak to the media on condition of anonymity.