Officials warn mosquito season may be looming in South Korea 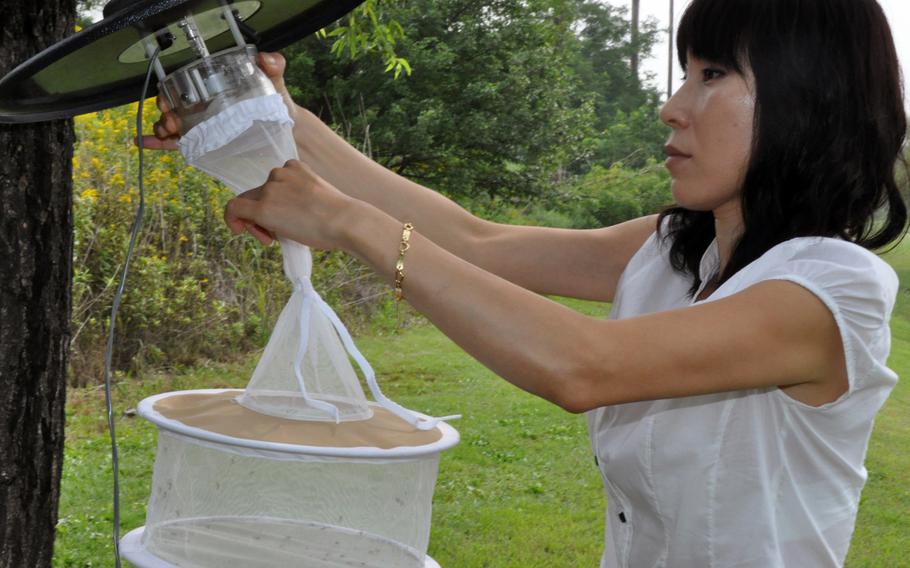 SEOUL, South Korea — Officials are warning that the seasonal threat of mosquito-borne illnesses could be ramping up after Typhoon Nakri dumped heavy rain on South Korea last week.

The Korea Centers for Disease Control and Prevention issued a nationwide warning this week for Japanese encephalitis, a virus transmitted to humans through the bite of infected mosquitos, and urged people to take precautions, including vaccinations when appropriate.

Relatively low rainfall this year has wiped out most of the mosquito population in South Korea, but that could change after Typhoon Nakri’s deluges.

“The mosquito population this year has definitely been much reduced this year compared to previous years,” said Col. Hee-Choon Sam Lee, chief of Force Health Protection and Preventive Medicine for the 65th Medical Brigade. “With the rains that just came, mosquitos may rebound, and it could become an issue all the way through October.”

A KCDC statement cited an increased number of mosquitos found to be carrying Japanese encephalitis in the southeastern city of Busan.

The Center would not release the number of confirmed cases of the virus this year because figures are provisional, though a KCDC infectious diseases researcher said it is roughly the same as last year’s 14.

While 99 percent of those bitten by mosquitos carrying the virus won’t see any symptoms, 1 percent can become extremely ill.

“If you have one death, that means there’s been 100 people, maybe 300 people, infected already,” Lee said.

Symptoms can include brain inflammation, headaches, high fever, disorientation, coma, tremors and convulsions, according to the U.S. Centers for Disease Control and Prevention.

The last reported case of Japanese encephalitis in the military community was in 2012, when an Air Force retiree working in Korea as a contractor died of the disease, Lee said.

Other mosquito-borne illnesses are a concern in some parts of South Korea, including malaria, which is considered more of a threat and occasionally affects U.S. troops stationed along the Demilitarized Zone.

A KCDC official said mosquito-borne illnesses are most prevalent in the country during the fall.

The KCDC said people could cut their risks by using mosquito repellent, wearing long sleeves and pants when participating in outdoor activities and not going out at night to places where mosquitos are prevalent.

The Center also recommended that children aged 12 months to 13 years old be vaccinated against Japanese encephalitis.