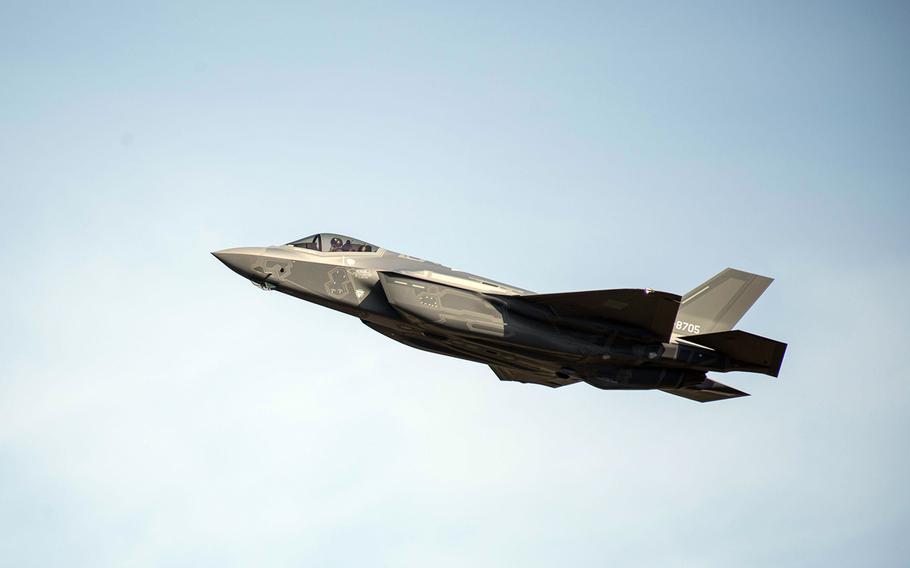 TOKYO — Speculation about foreign nations racing to find the wreckage of a downed F-35A stealth fighter in the Far East appears unfounded, according to U.S. and Japanese officials.

A search for the lost aircraft, property of the Japan Air Self-Defense Force, and its pilot, Maj. Akinori Hosomi, continued Thursday, a JASDF spokesman said.

The plane went down approximately 85 miles east of Misawa Air Base, its home field in northeastern Japan, just before 7:30 p.m. April 9. A search team found parts of the jet’s left and right rudders in the water about two hours later.

It’s the first loss of an A variant of the fifth-generation fighter anywhere in the world. A Marine Corps F-35B, capable of short takeoffs and landings, crashed in September near the Marine air station in Beaufort, S.C.

Media reports have offered speculation about the potential for America’s adversaries to find the plane first and exploit the sensitive equipment and information on it. Assembled in Japan by Mitsubishi Heavy Industries, the missing aircraft was purchased from the U.S., part of Japan’s goal of procuring a total 105 F-35As.

The Okinawa Times newspaper reported Thursday that a Bahamas-registered deep-water support ship, the Van Gogh, was docked at the U.S Naha Military Port. The article suggests that the ship may have been chartered to recover the F-35A wreckage.

Business Insider reported Tuesday on concerns that a foreign power might get to the wreck first.

“Were Russia or China to recover the downed F-35, it could be a major intelligence windfall, especially given the fact that both countries have their own fifth-generation fighter programs dedicated to rivaling the US fighter,” the article states.

Tyler Rogoway, the editor of the defense publication The War Zone, tweeted soon after the crash: “If one of Japan’s F-35s is sitting at the bottom of the Pacific, we are probably about to see one of the biggest underwater espionage and counter-espionage ops since the Cold War.”

However, U.S. and Japanese officials have poured cold water on those fears.

“There has been a lot of wild speculation in the media about other countries racing to find the wreckage,” a U.S. military official said in an email Wednesday. “To date, we’re not seeing it, but we continue to monitor.”

Japan’s Defense Minister Takeshi Iwaya told reporters April 12 that no evidence of foreign craft searching for the lost plane has turned up.

“We have been watching the activities of foreign aircraft and vessels in the area surrounding our country 24 hours and 365 days, but we have not confirmed any unusual cases,” he said in response to a question about countries such as China or Russia attempting to salvage the plane.

However, he said, a covert salvage effort wouldn’t be possible since getting to the plane would require a surface ship and divers and would take some time.