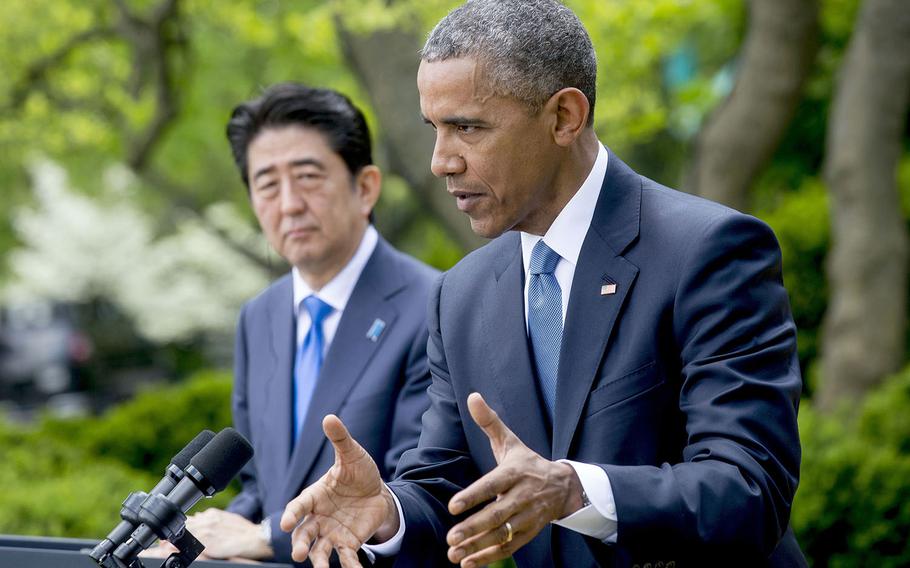 HIROSHIMA, Japan — President Barack Obama is expected to appear at Hiroshima Peace Memorial Park on Friday, the first time a U.S. president has visited the dedication to those who died in the world’s first wartime atomic bombing.

Obama is scheduled to appear with Japan Prime Minister Shinzo Abe after meeting with servicemembers at Marine Corps Air Station Iwakuni, about an hour from Hiroshima.

Japan Foreign Ministry officials said they expect Obama to talk about working toward global nuclear arms reduction, which has remained a theme throughout his presidency.

Less than four months into his first term, Obama gave a speech in Prague where he pledged the U.S. would “take concrete steps towards a world without nuclear weapons.”

The Nobel committee later cited his words as a factor in awarding Obama the Nobel Peace Prize.

However, Obama said in that same speech the U.S. would continue to maintain a smaller, but effective arsenal to deter adversaries.

Obama had planned to sign an arms reduction treaty with Russia, but that plan collapsed following Russia’s annexation of part of Ukraine.

His administration has also advocated modernizing the nation’s aging nuclear arsenal in a decades-long process that would cost hundreds of billions of dollars at current rates.

Official visits to the park by U.S. dignitaries began in 2010, when former U.S. Ambassador to Japan John Roos first participated in a memorial ceremony. Current ambassador Caroline Kennedy has also visited, as did Secretary of State John Kerry in April.

On Aug. 6, 1945, the B-29 aircraft Enola Gay dropped an atomic bomb on Hiroshima, killing tens of thousands of people instantly and eventually killing many others due to related sickness and injuries.

On Aug. 15, 1945, Japan announced its surrender, bringing an end to World War II. Japan has since maintained its current security alliance with the U.S. since 1960 and hosts approximately 54,000 U.S. military personnel.