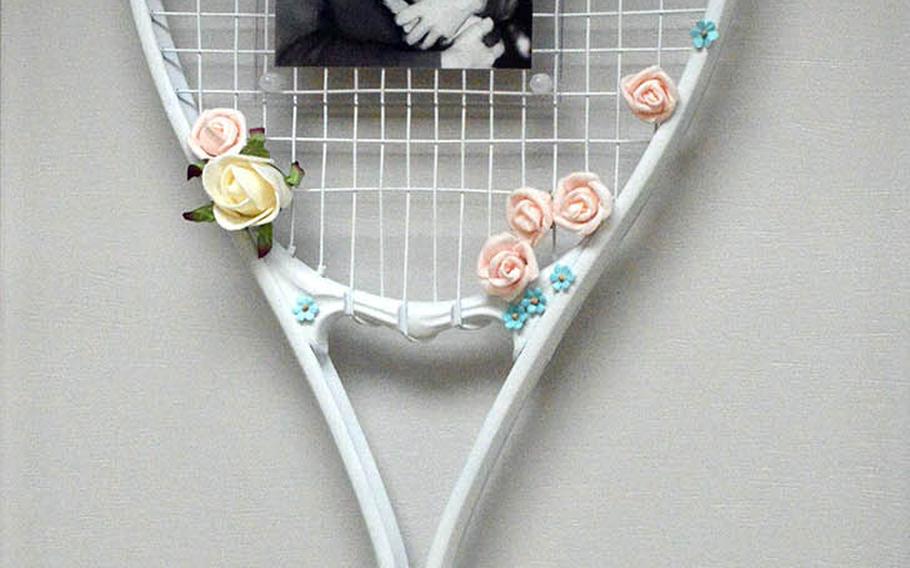 This memorial at Seoul American High School honors Christie Gagnet, a sophomore tennis star who was killed in a vehicle accident in 2018. (Dave Ornauer/Stars and Stripes)

This memorial at Seoul American High School honors Christie Gagnet, a sophomore tennis star who was killed in a vehicle accident in 2018. (Dave Ornauer/Stars and Stripes) 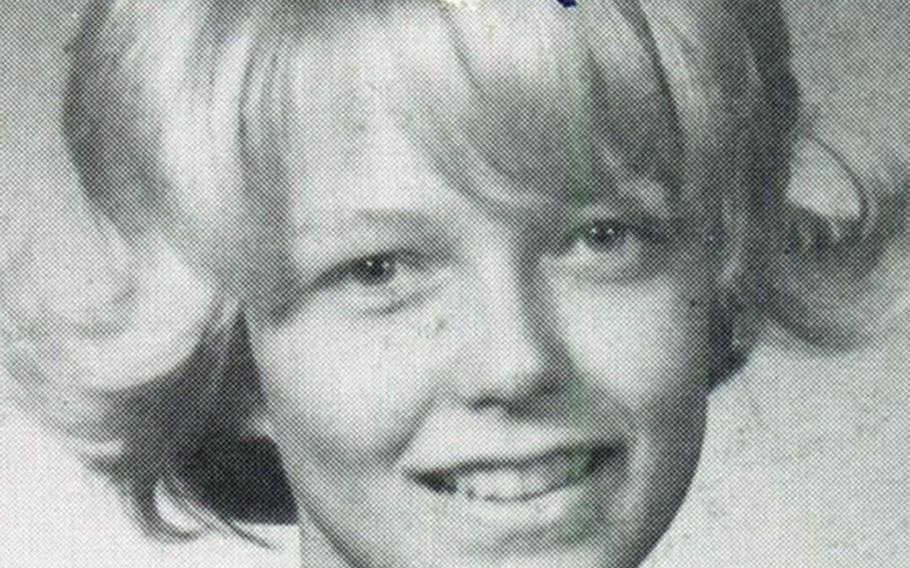 A photo of actor Susan Blakely from the 1964 Seoul American High School yearbook. She starred in the 1974 film "The Towering Inferno" and has had roles on several popular TV series, including "Rich Man, Poor Man," "The Love Boat," "Murder, She Wrote," "Two and a Half Men" and "NCIS." (Courtesy of Charles Woodruff) 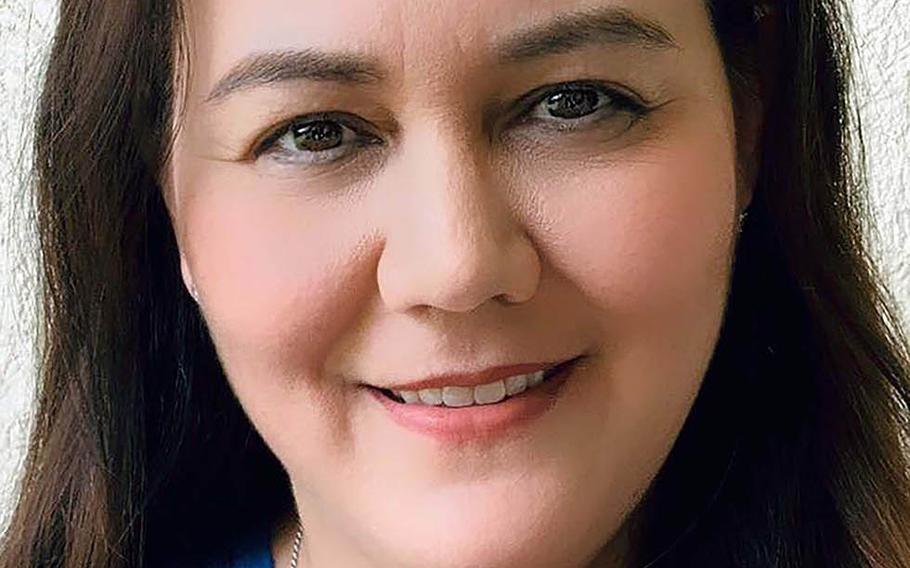 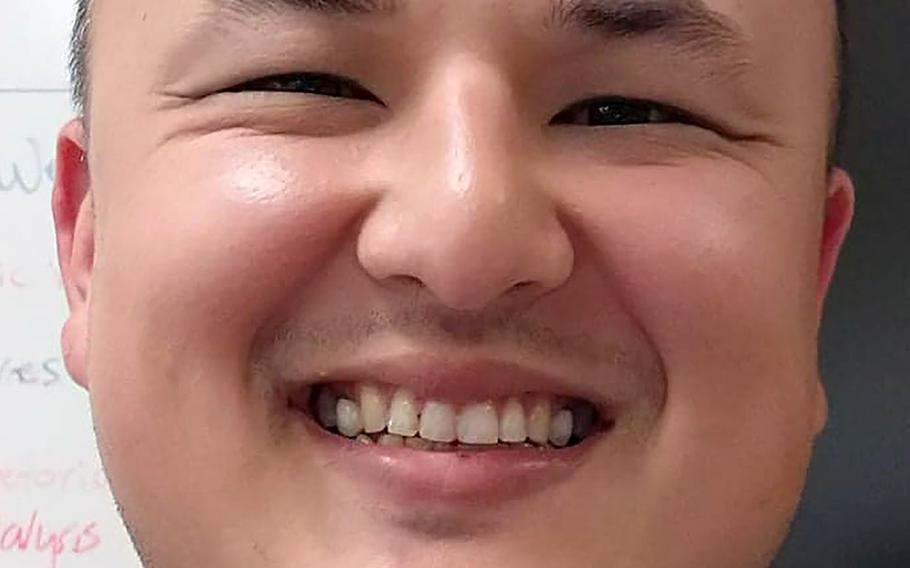 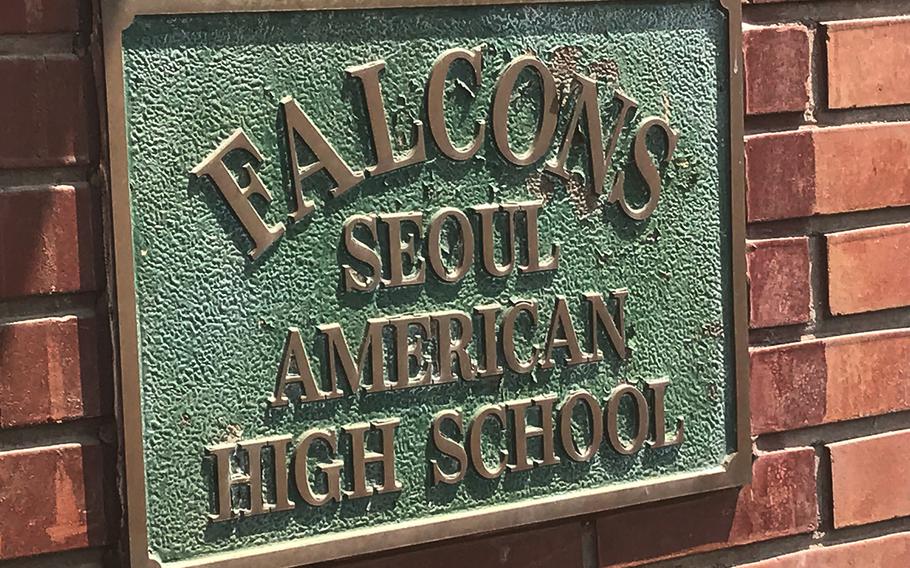 After serving students for the past six decades, Seoul American High School at Yongsan Garrison, South Korea, will be closing its doors for good. (Dave Ornauer/Stars and Stripes)

YONGSAN GARRISON, South Korea — Many who graduated from Seoul American High School, which will close its doors to students for the final time this month, returned to teach.

Eddie Rozzi is one; he graduated in 2003 and returned two years ago. So, too, is Lori Johnson, a 1992 graduate who taught at Seoul American for seven years.

Rozzi started out as a journalism major at Northern Arizona University in 2003 before changing to English and education.

“I wanted to follow in my father’s footsteps,” said Rozzi, whose father, Dennis, taught at Pusan American and was a district superintendent in Japan.

The Seoul American complex “is just a giant melting pot of people from all walks of life,” Rozzi said. “Once you enter Seoul American, you’re one of us.”

Rozzi will move on to Camp Humphreys after Seoul American closes; Johnson is now raising her children in Hawaii.

“I always knew I would go back and teach after I got my degree,” Johnson said. After graduating from Pacific Lutheran University, she returned to Seoul American to teach physical education. “I didn’t have to start over again. It was already familiar to me. I was living out my dream.”

Johnson taught first at the middle school, then moved over to the high school to replace the retiring Charlotte Hicks.

Other notable alumni Seoul American didn’t just produce teachers. Other graduates achieved success in their chosen professions over the years.

Angie Goff as a sixth-grader in 1990 visited the studios of the old American Forces Korea Network on Yongsan, where her friend’s father was a news anchor. It led her to a career in media with WUSA-TV 9 and later for WRC-TV 4 in Washington.

“I never thought it would be a real career option for me since I was set on going to a military college,” she said. “But that didn’t happen. And the rest is history.”

Andrew Nagorski, who spent more than 30 years as an editor and foreign correspondent for Newsweek magazine, also attended Seoul American.

Carlos Galvan went there in the early 1990s and was one of the original members of a Korean hip-hop band called Uptown.

Susan Blakely was a cheerleader at Seoul American in her freshmen and sophomore years in 1963-64, and went on to star as Patti Duncan in the blockbuster movie “The Towering Inferno,” then later as photojournalist Julie Prescott in the TV miniseries “Rich Man, Poor Man.”

Athletes who made it big after leaving Seoul American included Nino Etienne, a basketball player who led Texas Wesleyan to two NAIA titles.

David Page played quarterback for Seoul American in 1994-95, then went on to Southern Methodist, where he split starts with future NFL journeyman Josh McCown in 2000 and 2001.

Page’s former Seoul American teammate, Wesly Mallard, walked on and later earned a scholarship at the University of Oregon, led the Ducks to the Fiesta Bowl in 2001 and was drafted by the New York Giants in the sixth round of the 2002 NFL draft.

In memoriam Some Seoul American students didn’t get to live out their dreams.

Christie Gagnet, a sophomore, was following in the footsteps of her brothers Nick and Joshua as a rising tennis star. She and her family were en route to Seoul American’s graduation June 9, 2018, when their car collided with a motorcycle outside Yongsan’s Gate 13.

Seoul American’s football field was renamed in honor of Sean P. Sims, class of 1990, an Army captain assigned to the 1st Infantry Division out of Vilseck, Germany. He was killed on Nov. 13, 2004, when his unit came under small-arms fire while clearing a building in Fallujah, Iraq.

“Conscientious, witty and helpful, particularly to those students who struggled” with their studies, Mueller said of Sims. “He was one of those students teachers turned to for support and classroom help. A remarkable young man.”