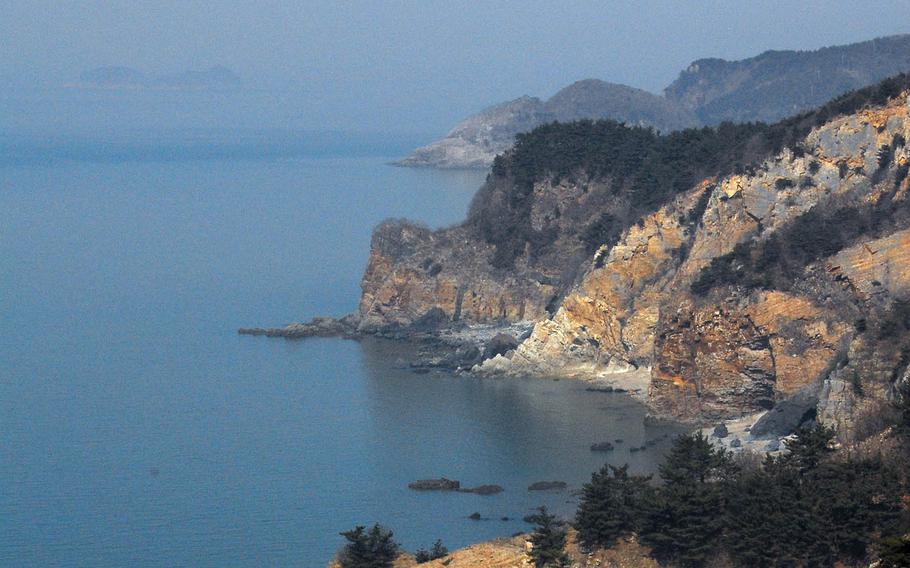 SEOUL, South Korea — North Korean forces shot to death, then burned the body of a South Korean fisheries inspector who had gone missing from a patrol boat near a border island, officials said Thursday.

President Moon Jae-in called it “a shocking incident that can’t be tolerated for any reason” and ordered the military to tighten its defensive posture.

“The North Korean authorities should take responsible measures regarding this case,” Moon said, according to the presidential office.

His administration also demanded that the North Koreans apologize and provide an explanation.

The killing threatened to stoke tensions between the rival nations, which have seen a steady decline in relations since the collapse of U.S.-led talks aimed at persuading the North to abandon its nuclear weapons program.

The 47-year-old man, who was affiliated with the Ministry of Oceans and Fisheries, disappeared Monday while working on an inspection boat near the border island of Yeonpyeong, off the western coast of the divided peninsula, according to the Defense Ministry.

“North Korea found the man in its waters and committed an act of brutality by shooting at him and burning his body,” the Defense Ministry said Thursday in a statement, citing an analysis various intelligence including surveillance equipment in the area.

“We also sternly warn North Korea that it is entirely responsible for this incident,” it said.

The military believes the man may have been trying to defect to the North, but the investigation was ongoing, a defense ministry official said separately.

The North Koreans spotted him floating in the water north of the de facto maritime boundary on Tuesday afternoon and fatally shot him after an interrogation about six hours later, according to the ministry.

South Korea’s Yonhap News Agency quoted an official as saying that the North Koreans donned gas masks before pouring oil over his body and setting it on fire.

“We believe that North Korea appears to have taken such measures … as part of its COVID-19 quarantine guidelines,” a military official was quoted as saying, referring to the respiratory disease caused by the virus.

North Korea, which sealed its borders after the pandemic began late last year in China, claims it hasn’t had a single case of the coronavirus. Many experts have said that’s highly unlikely.

The Defense Ministry said it had sent a request for an explanation about the shooting to the North via communications channels on Wednesday but had received no response.

An official with the West Sea fisheries management service that employed the man said the crew of the patrol boat had reported his disappearance to the maritime police and the search continued until the Defense Ministry made its announcement on Thursday.

The man had exhibited no unusual behavior before he disappeared, the official said, speaking on condition of anonymity because of department rules. The department largely targets illegal Chinese fishing boats in the area.

Colleagues, however, told Yonhap that he had divorced several months ago and was suffering from financial problems.

More than 30,000 North Koreans have defected to South Korea since the end of the 1950-53 war between the two countries.

A defection to the communist state is extremely rare, although a North Korean defector tried to cross back home in July. That prompted the North to lock down the border city of Kaesong due to fears that he may have been infected with the virus.

The western sea has been the site of many skirmishes between the two countries, including a 2010 North Korean artillery attack on Yeonpyeong Island that killed four people.

However, the last time a South Korean was shot to death in the North was in 2008 when a tourist was killed after wandering into a restricted zone at the Kumgang mountain resort.

The two Koreas agreed in 2019 to cease hostilities near their land, air and sea borders as part of a comprehensive military agreement during a summit before diplomatic efforts faltered. Moon has been criticized by conservative rivals for his dogged efforts to promote peace with North Korea despite its constant rejections.

The opposition People Power Party urged the government to take stern action against the shooting.

“The reason for the government’s existence is protecting its people and their property,” it said in a statement.