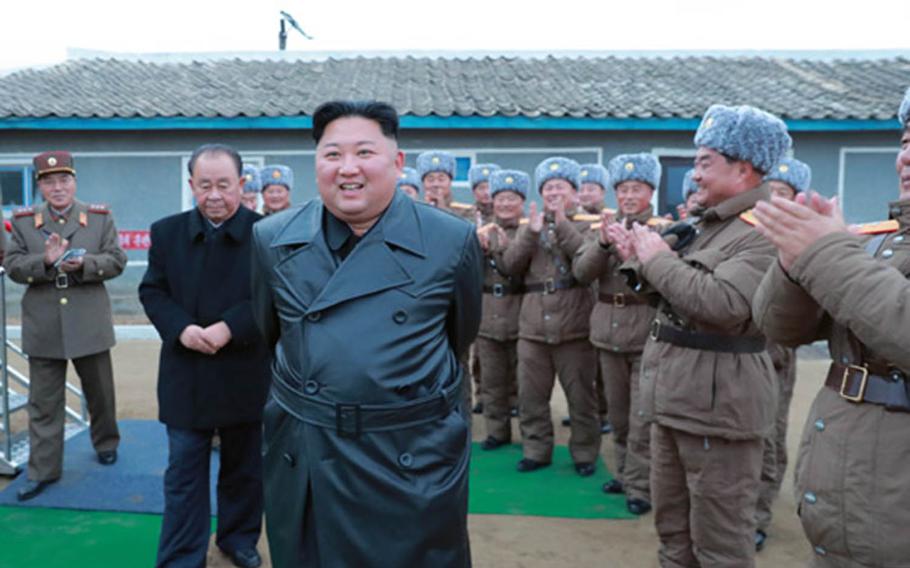 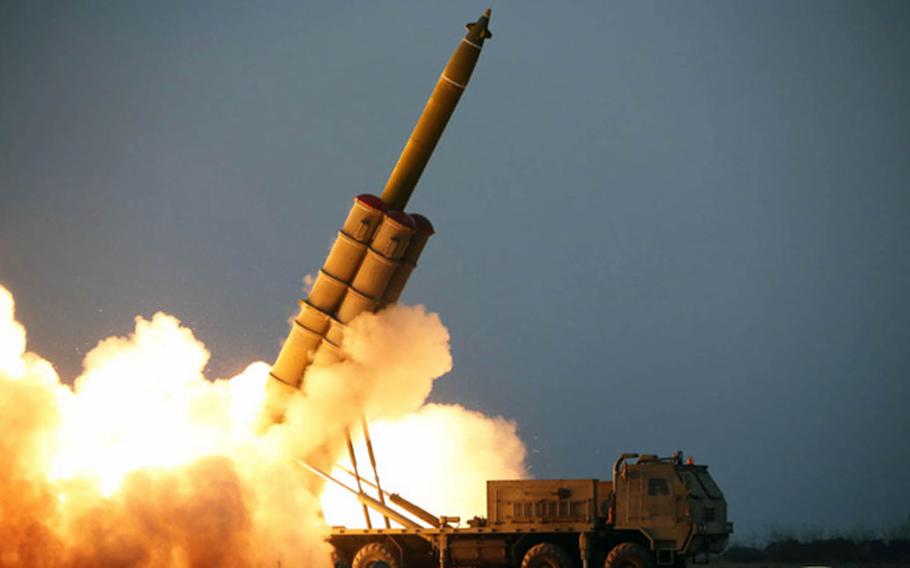 Two missiles fired by the North at a 30-second interval on Thursday flew nearly 240 miles and reached a maximum altitude of 60 miles before splashing into the sea off the peninsula’s eastern coast, South Korea’s military said.

The Korean Central News Agency suggested the test was a final review and the weapons system was ready for deployment.

“The volley test-fire … proved the military and technical superiority of the weapon system and its firm reliability,” KCNA said. “The Supreme Leader expressed great satisfaction over the results of the test-fire.”

The resumption of missile testing by the North has raised fears that it may be preparing for a return to tensions by signaling its growing frustration with stalled nuclear negotiations with the United States.

Kim Jong Un has given Washington an end-of-year deadline to offer a new proposal for restarting talks, which stalled after the two sides failed to agree on the extent of sanctions relief and denuclearization during a February summit in Vietnam.

South Korea expressed “strong regret” over the test on Thursday, calling on the North to “immediately stop acts that escalate military tensions.”

The North has conducted more than a dozen missile tests as well artillery drills since resuming activity in May. Senior officials also have warned that the North is not interested in continuing diplomacy unless Washington abandons its “hostile policies” toward their country.

The latest launch took place as Americans were celebrating their Thanksgiving holiday.

The timing was also significant because it was the second anniversary of North Korea’s test-firing of an intercontinental ballistic missile on Nov. 28, 2017.

That was the last ICBM tested by the North before it declared its nuclear program complete and began engaging in diplomacy with Seoul and Washington. The move eased tensions that had pushed the divided peninsula to the brink of another war.

Washington insists it remains committed to the diplomatic process but wants the North to agree to more extensive disarmament measures before relaxing the economic pressure campaign.

President Donald Trump, who is busy with domestic political woes including an impeachment hearing and reelection campaign, has largely dismissed the short-range launches as insignificant.

Experts also say that the North is continuing to produce material for nuclear weapons while perfecting the use of solid-fuel engines that could improve missile mobility.

Thursday’s test was the latest of the multiple launch rocket system used to fire what has been dubbed the KN-25, which is believed to be similar to the U.S. Army’s tactical missile system.

Jeffrey Lewis of the Middlebury Institute of International Studies at Monterey, Calif., said the North has shown improvement in firing time from less than 20 minutes to 30 seconds.

Jeffrey Lewis of the Middlebury Institute of International Studies at Monterey, Calif., said the North has improved its ability to fire the rockets faster, which would help it evade counter-fire.

“North Korea has reduced the interval between KN-25 rocket fires steadily since the first test in August,” he wrote on Twitter.