North Korea fires projectiles into sea in new challenge for US 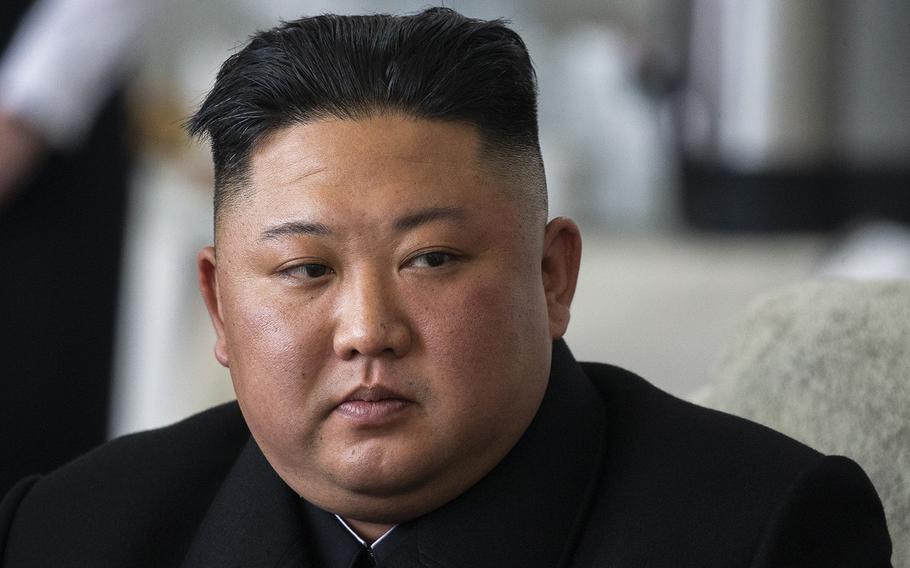 President Donald Trump has cited the North’s decision to suspend nuclear and long-range missile tests as evidence of diplomatic progress despite growing signs of frustration by the communist state over the deadlock.

Trump maintained confidence the adversaries could reach a deal in a tweet after Saturday’s launch.

“Anything in this very interesting world is possible, but I believe that Kim Jong Un fully realizes the great economic potential of North Korea, & will do nothing to interfere or end it,” he wrote. “He also knows that I am with him & does not want to break his promise to me. Deal will happen!”

The last major missile test was in November 2017, when North Korea sent an intercontinental ballistic missile flying toward Japan.

The Joint Chiefs of Staff in Seoul initially said a single, short-range missile had been launched Saturday but later changed that to “several unidentified short-range projectiles.”

They flew up to 125 miles for some 20 minutes before splashing into the sea, according to the military.

The 35th Fighter Wing at Misawa Air Base in Japan also tweeted an incoming missile alert Saturday morning but quickly issued an all-clear.

“We reacted to a potential threat, which is no longer a threat at this time. Enjoy your Saturday,” wing commander Col. Kristopher Struve was quoted as saying.

Experts said it may have been a test of a multiple launch rocket system, which would suggest a low-level provocation aimed at warning the U.S. that the North’s patience is wearing thin.

South Korea said it was working with longtime ally, the United States, to analyze the details and type of projectiles that were fired. It also vowed to strengthen reconnaissance measures.

Following an emergency meeting, the presidential office expressed concern that the launch ran counter to the spirit of an inter-Korean military agreement reached in September. Seoul called on Pyongyang “to halt acts that may heighten military tensions on the Korean Peninsula,” spokesman Ko Min-jung said.

Foreign Minister Kang Kyung-wha spoke on the phone with Secretary of State Mike Pompeo. “Regarding today’s launch, the two sides agreed to deal with it prudently,” the ministry told reporters.

North Korea conducted dozens of missile tests and three nuclear tests in the two years before it began engaging in diplomacy with Washington and Seoul.

Trump and Kim also traded threats of war and the U.N. Security Council tightened the noose economically with a string of sanctions against the North.

They agreed to work toward the “complete denuclearization of the Korean Peninsula” in their first meeting in Singapore.

But the second U.S.-North Korean summit in Hanoi ended early without agreement due to differences over the North demands for sanctions relief in exchange for disarmament steps already taken.

While the Trump administration has said it’s in no rush to make a deal, North Korea has intensified angry rhetoric calling on the South to ignore U.S. pressure and move forward with inter-Korean economic projects.

North Korea also conducted two tests of unspecified weapons earlier this year, but those were relatively low-profile and didn’t go into the sea off the peninsula’s east coast.

Kim only promised not to fire intercontinental ballistic missiles or conduct nuclear tests, but the firing of weapons into the sea threatened to raise tensions.

“The technical aspects of this testing are rather unremarkable but the disruptive impact it will have I’m afraid will be pronounced,” Jenny Town, a Korea specialist at the Washington, D.C.-based Stimson Center, said in a tweet.