No significant damage to US bases after Typhoon Lan strikes Japan 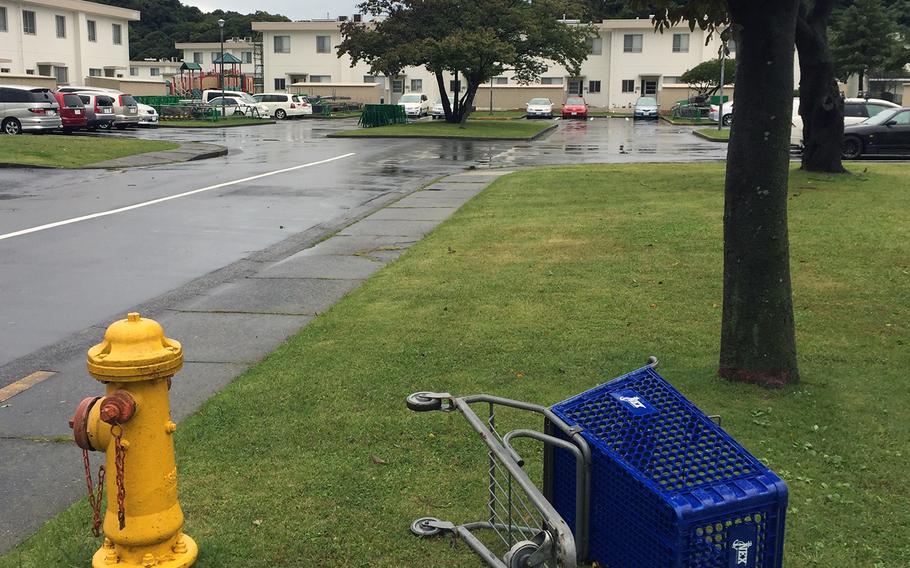 Buy Photo
An overturned shopping cart near a housing area at Yokosuka Naval Base. (Tyler Hlavac/Stars and Stripes)

Lan had evolved into a Super Typhoon but lost steam as it approached mainland Japan and was downgraded to a Category 4-equivalent storm.

Yokosuka, Camp Zama, Yokota Air Base and Naval Air Facility Atsugi suspended most services Sunday afternoon in preparation for Lan and announced that non-essential personnel would be confined to their homes on Monday.

Atsugi’s official Facebook page reported “wide spread power outages across a significant portion of the base” at about 6.a.m. Power was restored to most facilities by 10 a.m. and only a few on-base commercial businesses were still without power, base spokesman Sam Samuelson said.

Camp Zama spokesman Rob Haynes reported no major damage and said base services should resume as usual on Tuesday. Yokosuka and Yokota also had no significant damage or flooding to report.

On Okinawa, which was somewhat affected by the storm early Sunday, officials from Kadena Air Base’s 18th Wing reported no significant damage.

Off base, four people sustained “minor injuries" over the weekend after being knocked down by strong winds, said a spokesman with the Okinawa Prefectural Government’s Disaster Prevention and Crisis Management Division. No property damage was reported.

There were no power outages on Okinawa or its outer islands caused by the typhoon, an Okinawa Electric Power Company spokesman said.

A Naha Airport spokesman said 91 flights had been canceled on Saturday and 84 flights canceled on Sunday because of the storm.