No plans to evacuate families off Korean Peninsula, US military says 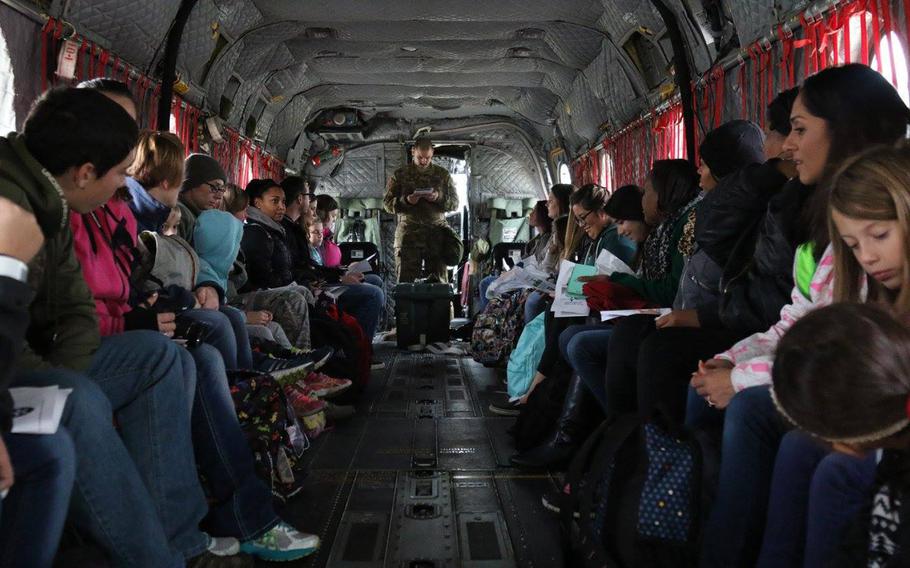 SEOUL, South Korea — The U.S. military has no plans to begin evacuating U.S. families from South Korea, a spokesman said Wednesday following Sen. Lindsey Graham’s suggestion that it was getting too dangerous to keep noncombatants on the divided peninsula.

The South Carolina Republican’s remarks that he believes it’s time to start withdrawing family members of the some 28,500 U.S. troops stationed in the country caused concern among many who fear being separated from their loved ones more than saber rattling from North Korea.

Pacific Command said the safety and welfare of servicemembers, employees and family members is a top priority and contingency plans are in place.

“Our personnel forward deployed to South Korea remain in a consistent state of readiness through various training exercises, which include annual NEO training,” he added, referring to drills that occur on a regular basis to prepare families for a possible noncombatant evacuation operation.

That was welcome news for many American family members and other civilians working with the military, which has maintained a presence on the peninsula since the 1950-53 Korean War.

“I’m not going anywhere if I can’t bring my family with me,” said Shamika Maxon, a budget analyst who works on the Army’s Yongsan Garrison in Seoul.

She said relatives and friends in the United States have expressed concern for her safety, but she doesn’t feel the danger and is reassured that her South Korean colleagues don’t either.

“I look to them and how they are reacting … and I don’t see any difference with their behavior,” she said.

The two Koreas have seen tensions rise in the past only to pull back from the brink before an outright conflict could break out.

But the North’s rapid progress toward a goal of developing a nuclear weapon that could reach the U.S. mainland and threats from President Donald Trump to take military action to stop it have led to the most serious crisis in decades.

The reclusive communist state has tens of thousands of soldiers and artillery positions poised on the other side of the heavily fortified frontier. However, life goes on largely as usual in South Korea, with many believing the North would not attack in its own backyard.

Graham, a member of the Senate Armed Services Committee, said the North was pushing the U.S. closer to conflict and it’s time to evacuate dependents. He also said he’ll urge the Pentagon to make South Korea an unaccompanied post.

"It's crazy to send spouses and children to South Korea, given the provocation of North Korea. South Korea should be an unaccompanied tour," he said Sunday on CBS' "Face the Nation." “So, I want them to stop sending dependents, and I think it's now time to start moving American dependents out of South Korea."

Thomas Spoehr, a defense expert at the Washington-based Heritage Foundation, said North Korea would see such a move as a provocation.

“Certainly when the U.S. seriously contemplates military action family members should be removed. I don’t think we are at that point,” he said in an email. “We should be careful not to act prematurely.”

“North Korea would interpret a move to remove families as a sign of U.S. preparation for offensive military action,” he said.

“Senator Graham probably believes evacuating family members would both contribute to the administration’s campaign, and also ensure families are out of potential harm’s way,” he said.

The U.S. military already has reduced the number of dependents in South Korea when the 2nd Infantry Division introduced rotational units that serve yearlong tours that are unaccompanied.

But many of the other servicemembers have spouses and children with them, which allows for longer assignments.

The Eighth Army advertises South Korea as a “dynamic, family-friendly assignment that is personally and professionally rewarding” as a recruiting tool.

Staff Sgt. Chris Contreraz said he has already spent too much time without his family during tours in Iraq and Afghanistan.

“Without my family, I may as well be deployed,” he said while buying dinner at the Yongsan food court with his three daughters, ages 3, 5 and 9.

“It’s very important to have them with me. I don’t have to worry about missing birthdays, Christmas, all the important holidays,” he said, adding he’ll look to the military for guidance. “I’ll start worrying if they actually tell the families to leave.”

“I don’t see the Koreans being as worried as we are,” he added. “Everything is business as usual here off post.”