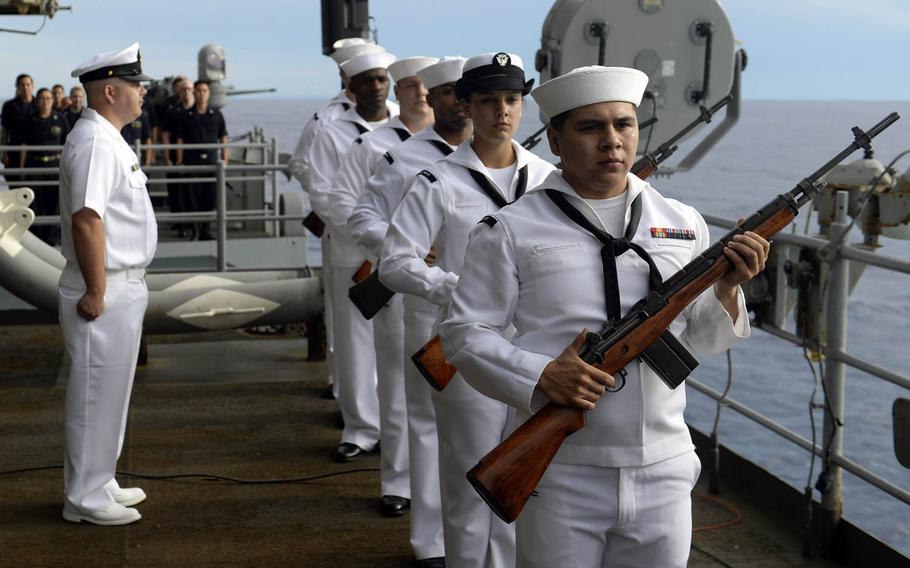 Sailors perform a 21-gun salute during a ceremony for the Battle of Leyte Gulf aboard the aircraft carrier USS Nimitz near the Philippines, Monday, July 3, 2017. (Leon Wong/U.S. Navy)

Sailors perform a 21-gun salute during a ceremony for the Battle of Leyte Gulf aboard the aircraft carrier USS Nimitz near the Philippines, Monday, July 3, 2017. (Leon Wong/U.S. Navy) 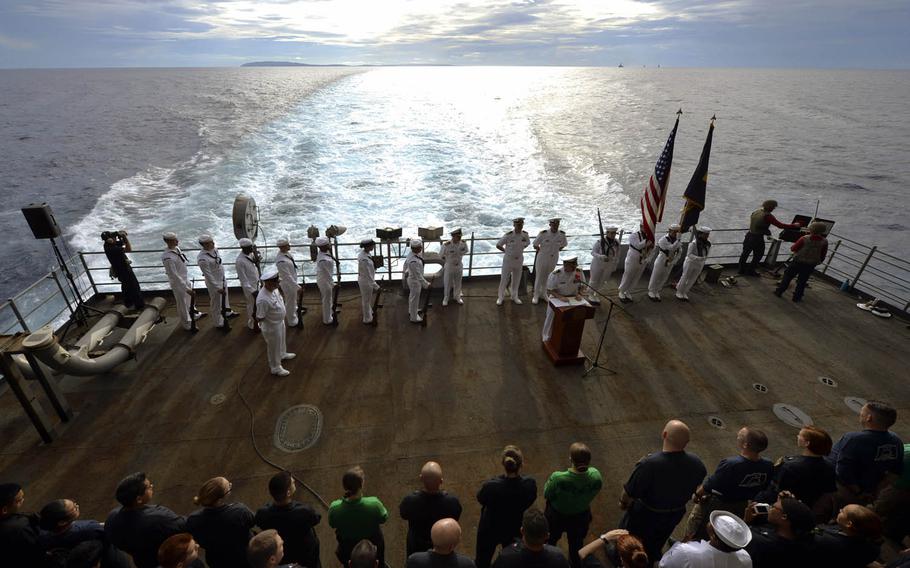 The USS Nimitz aircraft carrier held a ceremony at sea Monday to remember the sailors who fought in the Battle of Leyte Gulf, which is considered to be the largest naval contest of World War II.

The morning ceremony took place as the carrier passed through the Surigao Strait near the Philippines, a Navy statement said. There was a moment of silence followed by a 21-gun salute and the playing of taps.

“Today we sail the same waters as those sailors did 73 years ago,” said Cmdr. J.W. David Kurtz, the ship’s executive officer, according to the statement.

“While the immediate dangers may not be the same, the outcome of combat at sea has not changed.”

“I’m proud to be here at the ceremony because they didn’t have to give their lives for us, but they did,” said Chief Religious Program Specialist Kimberly Bell, according to the statement. “This ceremony was emotional for me because every time they play taps I want to cry when I think about all that those service members sacrificed for us.”

The Nimitz departed its homeport of Bremerton, Wash., June 1 and has been patrolling the Pacific while temporarily assigned to the 7th Fleet.