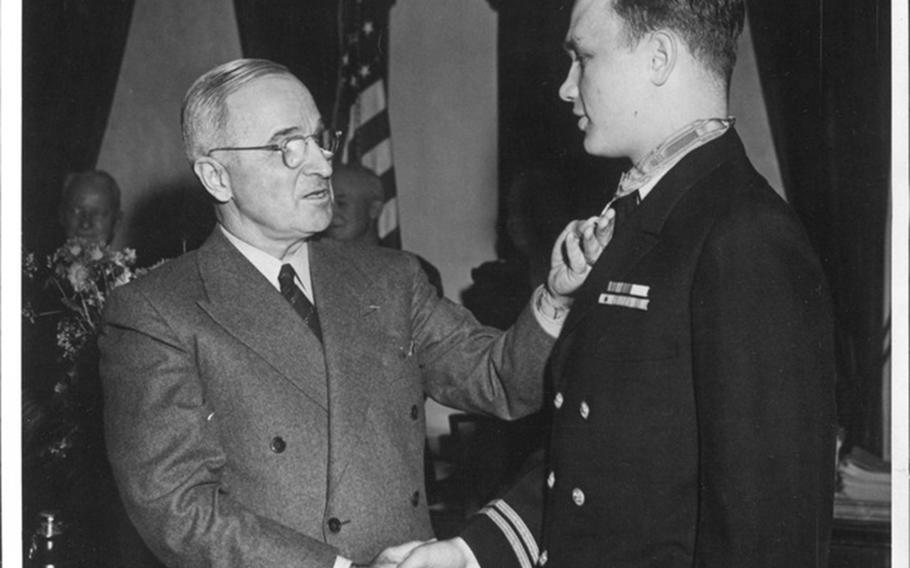 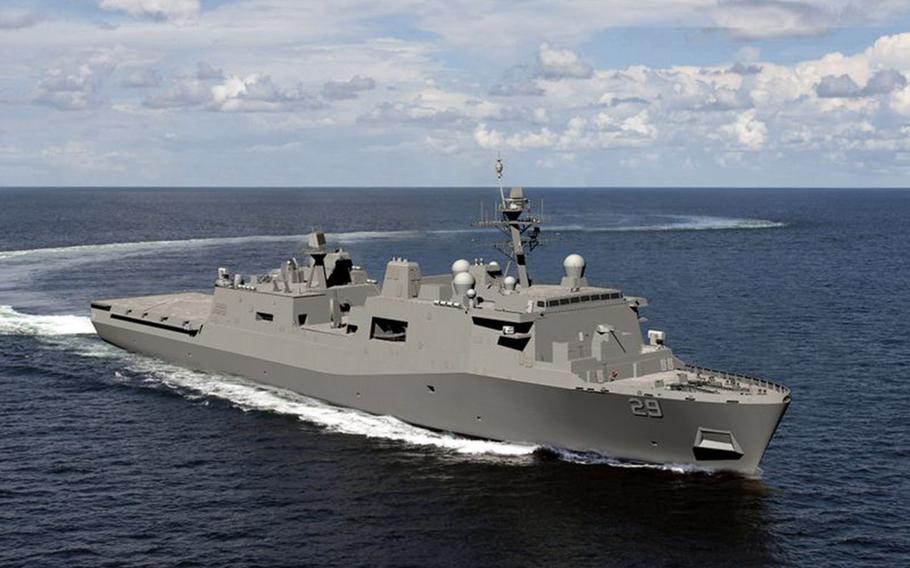 The Navy is naming its newest amphibious transport dock ship after a Medal of Honor recipient who helped save a kamikaze-attacked vessel during World War II.

On June 11, 1945, McCool’s ship was attacked by three kamikaze aircraft near Okinawa. He was temporarily knocked unconscious, but awoke in time to lead his fellow sailors in saving the ship and rescuing its injured sailors, the Navy said.

When President Harry S. Truman gave McCool the Medal of Honor six months later, he said the then-lieutenant had a “valiant spirit of self-sacrifice in the face of extreme peril sustains and enhances the highest tradition of the United States Naval Service.”

McCool went on to serve in the Korean and Vietnam wars.

“Capt. McCool served his nation with honor, distinction and an unparalleled sense of duty,” Secretary of the Navy Richard Spencer said in the statement. “His exemplary service in defense of our nation spanned 30 years and three wars. His legacy will live on in the future USS Richard M. McCool and his heroic actions will continue to inspire Sailors and Marines for decades to come.”

It is unclear when the new vessel will be completed, but the Navy last year awarded a $218 million contract to Huntington Ingalls Industries’ shipbuilding division “to provide long-lead-time material and advance construction activities for LPD 29,” the Navy said.

In February, Huntington Ingalls announced it had received a $1.43 billion contract for the detail design and construction of LPD 29, now known as the McCool.