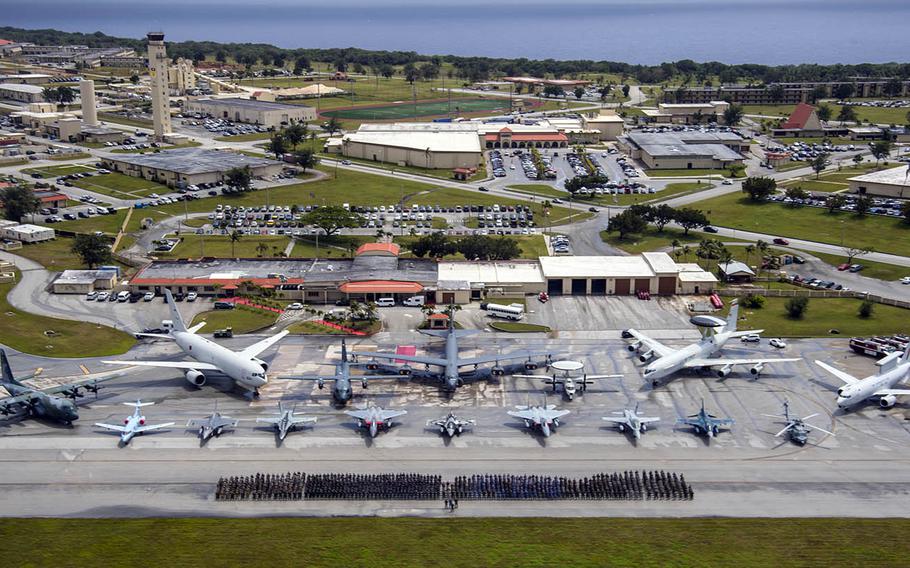 Nearly 100 U.S., Japanese and Australian aircraft are training over the western Pacific Ocean as part of Cope North, an annual exercise that runs until March 8 out of Andersen Air Force Base, Guam.

Pacific Air Forces’ largest multilateral exercise, which kicked off Monday, is designed to enhance air operations among the Air Force, Navy and Marine Corps as well as the Japan Air Self-Defense Force and Royal Australian Air Force, according to U.S. Indo-Pacific Command.

More than 2,000 U.S. airmen, Marines and sailors are training alongside 850 Japanese and Australian counterparts, the command said in a statement announcing the event.

“The exercise’s focus on humanitarian assistance and disaster relief provides critical training to U.S. and allied forces that has a direct impact on the militaries’ ability to support the region, including Palau and the Federated States of Micronesia,” the command said.

Australia has deployed 16 aircraft and over 450 personnel to participate in Cope North, the RAAF said in a statement Tuesday.

“The exercise will … conclude with air combat and large force employment training, to refine our procedures and operate more effectively alongside our military partners in the region,” he said in the statement.