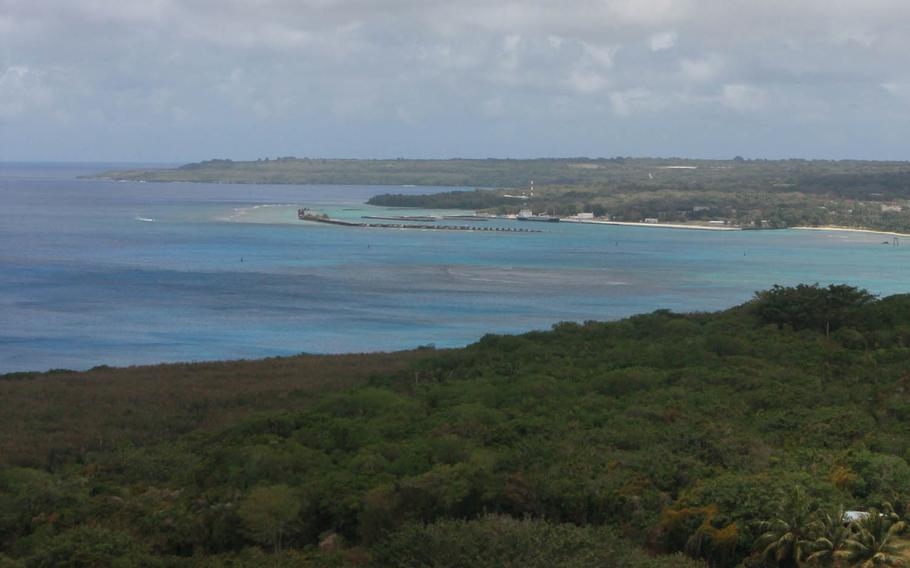 An overlook area shows the lush vegetation found on Tinian in the Commonwealth of Northern Mariana Islands near Guam. The Defense Department says it will revise an environmental study for the proposed construction of military training areas on the islands. (Pauline Franklin/U.S. Marine Corps)

The Defense Department said Thursday that it will revise the environmental impact statement for the proposed construction of military training areas on Tinian and Pagan islands in the Northern Marianas near Guam.

The revisions are expected in March 2017, and the DOD expects to have a signed record of decision on the project in 2018, the Navy said.

“Given the amount of feedback from the community, it became clear early in the planning process that we needed to revise this study,” Lt. Gen. Anthony Crutchfield, U.S. Pacific Command deputy commander, said in a Navy statement. “Only through a revised EIS would we be able to address concerns from (the Northern Marianas’) leadership and agencies for the best possible alternative.”

The Navy ordered further environmental study in October after an avalanche of opposition from residents and local officials to the draft environmental impact.

The call for revisions suggests that Pentagon planners found themselves entering a public relations quagmire.

In September, Tinian Mayor Joey Patrick San Nicolas sent a letter to the Navy with a litany of objections to the project and alleged deficiencies in the EIS. He asserted that the DOD had failed to explore reasonable alternatives and to comply with the National Historic Preservation Act. He also said the government’s analysis all but ignored the Endangered Species Act and the Marine Mammal Protection Act.

“We will do everything that we can — legally, politically and socially — to protect our families, our culture and our island,” San Nicolas wrote.

Revisions to the EIS draft will include further studies on impact to coral, potable water, local transportation and socioeconomic factors on surrounding communities, the Navy said. It will also include more details on how risks to the environment would be mitigated, as well as provide two new alternatives designed to reduce risk to the environment.

Planners reviewed about 30,000 comments from private citizens and local and federal agencies. The revised EIS will be followed with another public comment period.

The Navy was forced to revise its plans on Guam to build facilities and firing ranges for Marines who are slated to relocate from Okinawa toward the end of the decade.

Strong public opposition was among the factors leading the Navy to scale back the original plan, with all construction now limited to land already owned by the federal government.