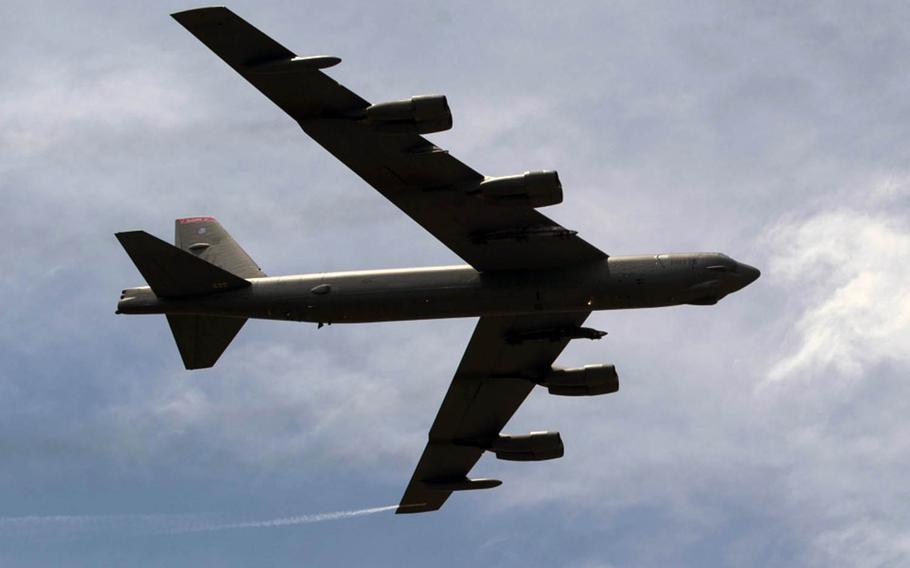 A B-52 Stratofortress of the 23rd Bomb Squadron makes its final pass over the Langkawi International Maritime and Aerospace Exhibition 2019 in Padang Mat Sirat, Malaysia, on March 26, 2019. (Heather Redman/U.S. Air Force)

A B-52 Stratofortress of the 23rd Bomb Squadron makes its final pass over the Langkawi International Maritime and Aerospace Exhibition 2019 in Padang Mat Sirat, Malaysia, on March 26, 2019. (Heather Redman/U.S. Air Force) 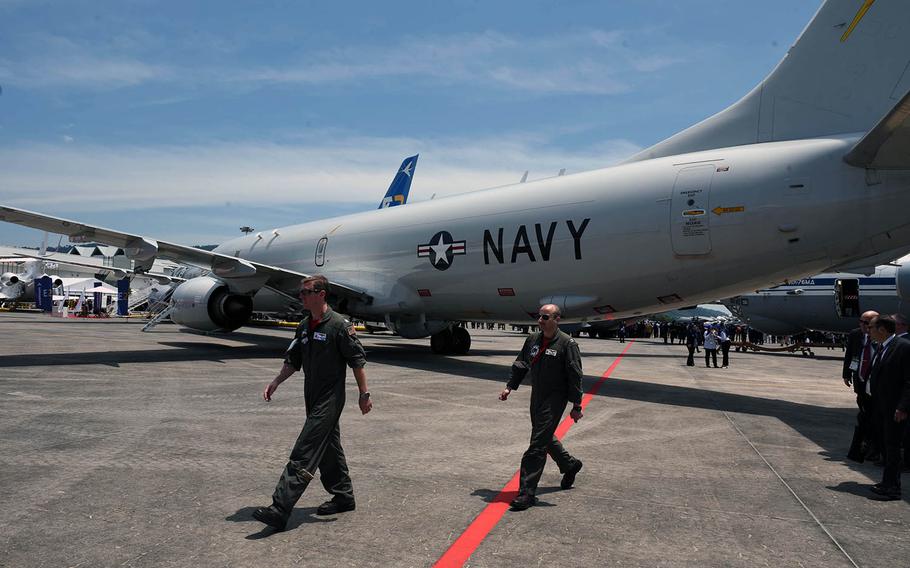 For at least the third time this year, the Navy has sent its latest generation of anti-submarine warfare aircraft to an international exhibition in the Indo-Pacific region.

The Washington-based Navy Patrol Squadron 47 landed a P-8A Poseidon in Malaysia last week to take part in the Langkawi International Maritime and Aerospace Exhibition, or LIMA. The Navy and Air Force also sent several other aircraft and their crews to showcase U.S. military hardware.

The exhibition, held every two years since 1991, brings together government and military leaders from dozens of nations.

Approximately 1,400 Navy and Air Force personnel participated in the four-day multinational event aimed at strengthening ties between the U.S. and Malaysian militaries, according to an Air Force statement issued Friday.

“We are continuing to build partnerships with nations all around the Indo-Pacific area of responsibility,” Lt. Shane Lewis, a tactical coordinator with Patrol Squadron 47, said in a Navy statement Saturday. “The relationships we build here have valuable geopolitical and strategic impacts for not only the U.S. but for the world.”

The Poseidon was joined by two EA-18G Growlers from Electronic Attack Squadron 132 and an MH-60R Seahawk helicopter from Helicopter Maritime Strike Squadron 37 for static displays, demonstrations and professional exchanges.

A B-52 Stratofortress bomber assigned to the 23rd Bomb Squadron also performed flyovers during the event, which concluded Friday.

Patrol Squadron 47 previously appeared at the Australian International Airshow and Aerospace & Defense Exposition 2019 and Aero India 2019, some of the largest air shows in the region.

The 7th Fleet’s flagship, USS Blue Ridge, and the guided-missile destroyer USS Preble also visited Malaysia for the first time, to partake in the maritime portion of the exhibition.

Malaysia on Saturday also became the most recent stop for this year’s Pacific Partnership mission.