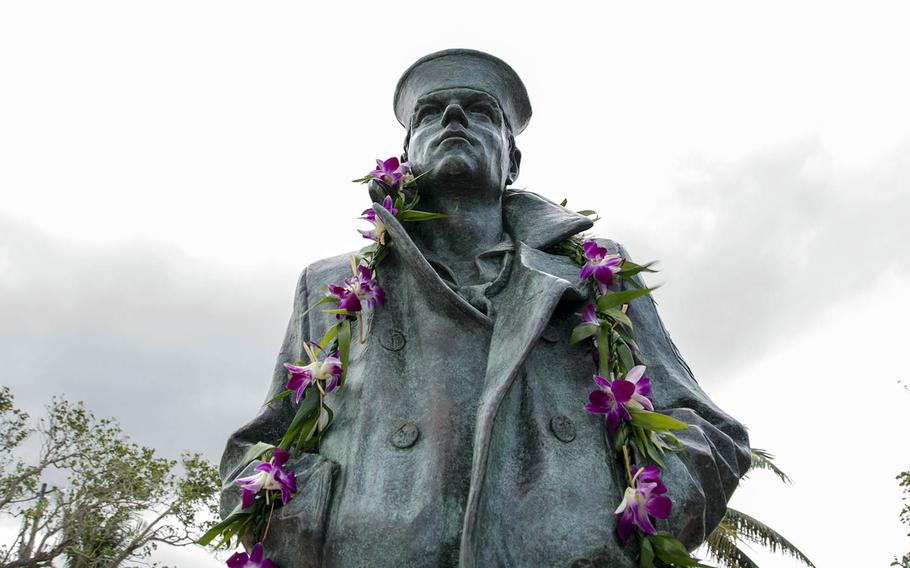 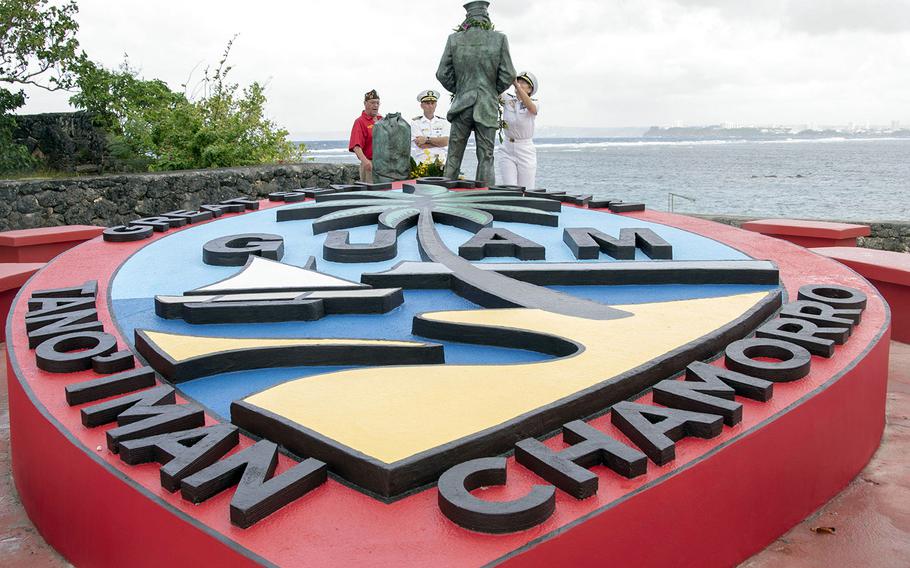 The 16th Lone Sailor statue, unveiled this month on Guam, embodies a special relationship between the island, Vietnamese-Americans, and the Navy and its sister services, according to the CEO of the U.S. Navy Memorial.

Overlooking the Pacific Ocean at the Ricardo J. Bordallo Governor’s Complex in Hagatna, the statue is the farthest west of a series of Lone Sailor statues erected across the country by the nonprofit memorial organization.

The Guam statue recalls the Navy’s role in evacuating thousands of refugees who fled South Vietnam as the country fell to the North Vietnamese army at the end of the Vietnam War. The island was a safe harbor for those refugees, many of whom settled in the United States.

“This is where they came through, 111,000 of them,” said retired Rear Adm. Frank Thorp, president and CEO of the U.S. Navy Memorial, at the dedication ceremony. “The Lone Sailor will stand proudly and will represent for those people every man and woman who has served in the Navy, who serves in the Navy today or who will serve in the future.”

Guam’s Lone Sailor is the newest addition at the governor’s complex, known as Adelup Point, near the Guam Seal. The statue is surrounded by 19 benches representing each village in the U.S. territory.

“This Lone Sailor will stand the watch at Adelup,” according to a statement from Rear Adm. Shoshana Chatfield, Joint Region Marianas commander. “[It] looks out to that very important point where the Pacific Ocean meets the Philippine Sea, where great battles were generated, and great victories won on behalf of freedom; and the free and open Indo-Pacific that we cherish has its defense here on Guam.”

The first Lone Sailor statue, the work of sculptor Stanley Bleifeld, was dedicated in October 1987 along with the Navy Memorial in Washington, D.C.

The Navy Memorial Statue City Program began in 1997 with a copy of the Lone Sailor placed at Recruit Training Command in Great Lakes, Ill., according to the U.S. Navy Memorial website.

The most recent statue — before Saturday’s dedication in Guam — was placed in October 2017 at Pearl Harbor, Hawaii. It overlooks the USS Arizona Memorial.

“Standing 7½ feet tall, the Lone Sailor has a sea bag by his side — representing the fact that sailors are global citizens, always ready, anytime, anywhere, to protect America’s interests,” Adm. Harry Harris, head of U.S. Pacific Command, said during a dinner for the Lone Sailor statue dedication in Hawaii.