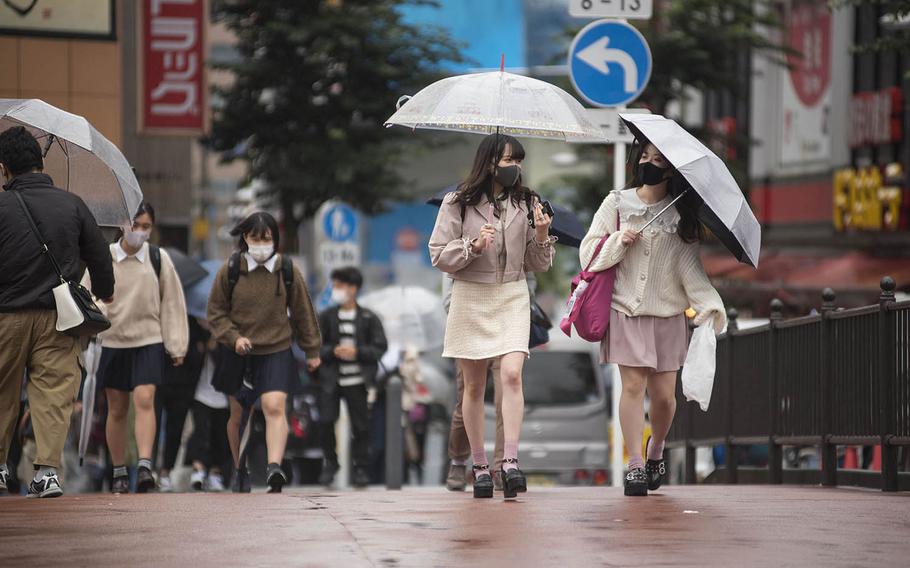 Meanwhile, the commander of U.S. Forces Japan extended a 6-month-old public health emergency related to the coronavirus pandemic for all U.S. military personnel in the country through the end of the year.

The two new patients at Yokosuka Naval Base, south of Tokyo, remain in isolation, according to a post on the base Facebook page. Two other people recovered and were released, bringing the number of active cases on the base to six.

The U.S. military does not specify whether its coronavirus patients are service members, civilian employees or family members. All new arrivals must spend two weeks in quarantine and test free of the virus before exiting.

USFJ commander Lt. Gen. Kevin Schneider extended until Dec. 31 the public health emergency that permits local commanders to set restrictions within their installations to curb the virus’ spread. Schneider declared the emergency, which applies to all U.S. military bases in Japan, on April 15 and has extended it consistently ever since. It was due to expire Monday.

A public health emergency also applies to Defense Department civilian employees, contractors and the families of service members, as well as service members themselves.

At Marine Corps Air Station Iwakuni in western Japan, a family of four was banned from base and sent home for violating a rule forbidding travel on public transportation. The family flew by commercial airline from Tokyo to Iwakuni in July.

USFJ, headquartered at Yokota in western Tokyo, is the U.S. authority that interacts on military matters with the government of Japan. It also sets policies for U.S. installations in the country.

Although base commanders in spring initially applied a series of restrictions uniformly, with some exceptions, those restrictions have eased as local conditions permit and the number of new coronavirus cases has declined.

Off-duty travel boundaries, for example, have broadened but still vary from base to base.

Yokota’s commander permits travel anywhere in Japan except central Tokyo. By contrast, the commander at Sasebo Naval Base on Wednesday re-imposed strict limits on travel and activities after five new infections emerged within the base community.

No one there may go anywhere but between their homes and their workplaces, with a few exceptions for outdoor recreation and essential services.

As summer waned in Japan, the majority of new coronavirus cases in the U.S. military occurred among personnel newly assigned from the United States or returning from travel abroad.

Some restrictions remain uniform across U.S. installations from Okinawa to Misawa Air Base: bars, tattoo and massage parlors, Pachinko halls, karaoke clubs, night clubs and the like are off-limits, as are amusement parks and sporting events.

Some commanders permit their people to visit onsens, stay in Japanese hotels and inns and dine in local restaurants, while others do not.

All commanders have placed all or parts of the Tokyo metro area off-limits. Some have placed Yokohama, Osaka, Fukuoka and Kyoto off-limits, too.

Most permit their personnel to ride Japanese trains, including the bullet trains, or shinkansen, as well as buses, taxis and to fly on domestic airlines within the country.