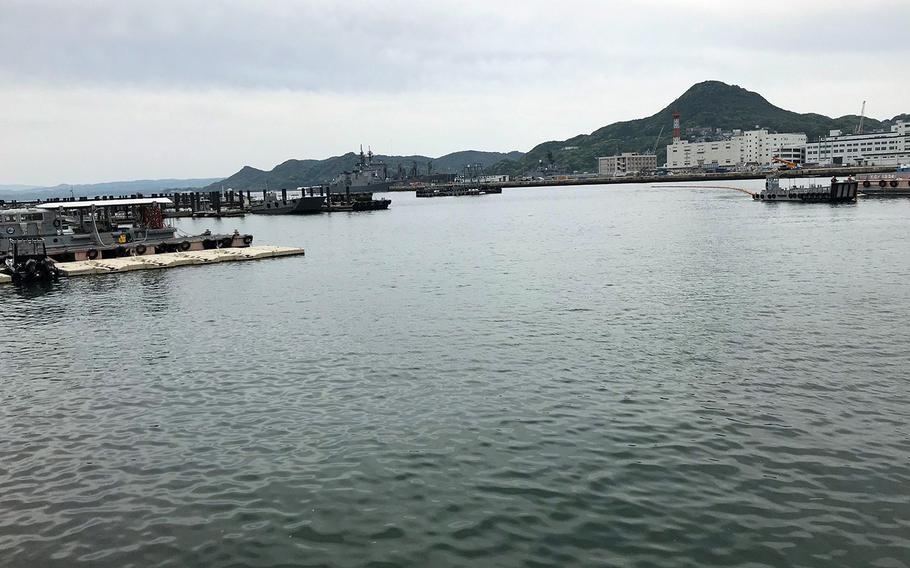 Buy Photo
Sasebo Naval Base on the island of Kyushu in southwestern Japan reported its first positive case of coronavirus on Friday, April 3, 2020. (Stars and Stripes)

Buy Photo
Sasebo Naval Base on the island of Kyushu in southwestern Japan reported its first positive case of coronavirus on Friday, April 3, 2020. (Stars and Stripes) 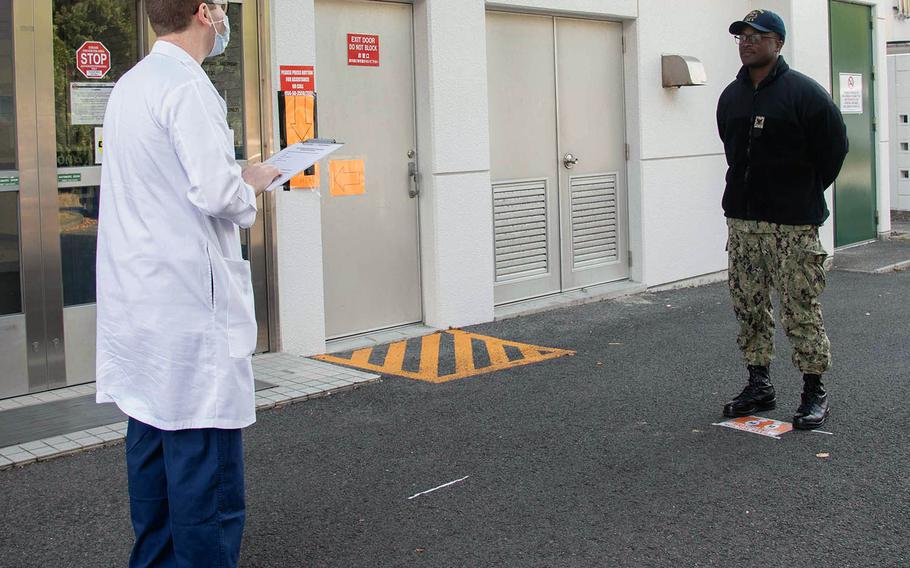 TOKYO — Sasebo Naval Base in southwestern Japan has confirmed one case of coronavirus, its first, the installation’s commander announced in a video posted to Facebook on Friday.

“So, like it or not, the COVID-19 pandemic is no longer a distant news story,” said Capt. Brad Stallings, using the new coronavirus’ official name. “It is here now in the Sasebo community.”

The person who contracted the virus has been in quarantine “since they arrived in Sasebo” and is receiving medical care, he added.

Stallings said he could provide no further information on the individual. “I can’t tell you whether the individual is assigned to the base, one of our tenant commands or one of the ships here,” he said.

The Defense Department on March 27 ordered base commanders to refrain from reporting case-by-case coronavirus updates, citing a security concern. The Pentagon instead plans a “daily public update” on reporting totals of cases among service members, civilian employees and contractors.

DOD on Thursday reported 893 cases among service members and one death. The number of cases, including uniformed personnel, civilian employees, contractors and family members, was 1,550 that day. An updated figure was unavailable Friday.

The base on Kyushu island is shared with the Japan Maritime Self-Defense Force. It is home to a group led by the amphibious assault ship USS America, which was at sea with the amphibious transport dock USS Green Bay and the Okinawa-based 31st Marine Expeditionary Unit, according to the U.S. Naval Institute Fleet and Marine Tracker on March 30. The America alone carries 1,000 sailors and can embark about 1,700 Marines. Stallings said the city of Sasebo reported three cases of its own.

Stallings said the person sickened at Sasebo may interact only with caregivers. The risk of transmission from that person is low; a team is tracing the individual’s previous contacts to identify any possible exposure, he said.

“Please believe me when I say the health and safety of the [Sasebo] community is my absolute priority,” he said.

“It is critical that each of you practice strict personal hygiene, social distancing and follow the preventative measures we’ve directed so far,” he added. “I need you right now to be all in for this fight. I hope I can count on your support.”

The Navy in the western Pacific has its share of coronavirus cases. Yokosuka Naval Base, home of the U.S. 7th Fleet, reported the first case among the U.S. military in Japan. It announced three cases total before the Pentagon policy muffled further reports.

On Thursday, acting Navy Secretary Thomas Modly said 114 sailors on the aircraft carrier USS Theodore Roosevelt had tested positive for the virus. The carrier had diverted to Guam and its commander, Capt. Brett Crozier, was relieved Thursday after his email plea to higher ups for urgent action was leaked to the media.

Crozier in his letter warned the outbreak could kill some sailors, and “if we do not act now, we are failing to properly take care of our most trusted asset — our sailors.”