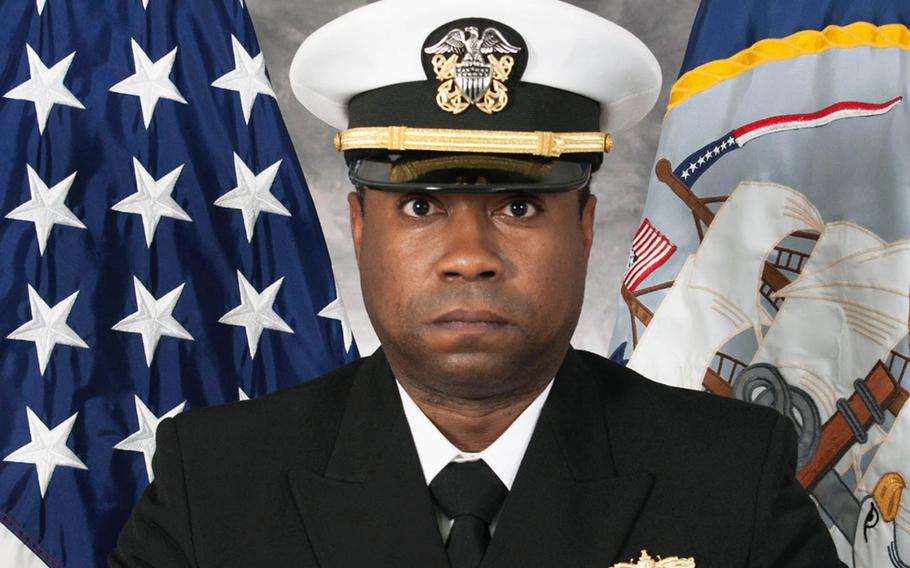 YOKOSUKA NAVAL BASE, Japan — For the third time this week, the Navy has removed a senior officer from duty aboard a warship — the second from the 7th Fleet, according to a Navy statement Thursday.

Lt. Cmdr. Randall Clemons was relieved of duty Tuesday “due to a loss of confidence in his ability to fulfill his responsibilities as executive officer” of the destroyer USS McCampbell, according to the statement.

“The U.S. Navy holds executive officers to a very high standard and holds them accountable when those standards are not met,” the Navy said in the statement.

Clemons was “administratively reassigned” within the destroyer squadron, which is based at Yokosuka, according to the Navy statement. Lt. Cmdr. Chris Bland, the squadron’s chief staff officer, is assuming interim executive officer duties aboard the McCampbell.

“Executive officers are entrusted with significant responsibilities to their Sailors and their ships,” the Navy said in its statement. “They are expected to maintain the Navy’s high standards for leadership demonstrating competence in their duties at all times.”

Clemons enlisted in 1997 and was commissioned in 2003 after graduating from Prairie View A&M University in Texas, according to his official Navy biography. He previously served as integrated air missile defense officer for the 7th Fleet. He was the executive officer of the destroyer USS Fitzgerald in the immediate aftermath of the ship’s fatal 2017 collision.

His removal came the same day Capt. Tadd Gorman was removed as commander of the cruiser USS Antietam for “a loss of confidence in his personal judgement and ability to lead,” the Navy said in a statement Tuesday. Gorman was the second Antietam commander to be fired since 2017, when Capt. Joseph Carrigan was relieved about a month after the ship ran aground off Yokosuka.

Clemons’ and Gordon’s removals were unrelated, the Navy said in its Thursday statement.

On Monday, the Navy relieved Lt. Cmdr. Jonathan Cebik from his post as executive officer of the attack submarine USS Jimmy Carter, homeported at Naval Base Kitsap-Bangor, Wash., due to loss of confidence in his personal judgement, according to a Navy statement.

Cebik was also reassigned to an administrative job while the Navy investigates questions about his personal conduct, according to the statement.

Both Clemons and Gorman took on their positions this year. Clemons had served as the McCampbell’s executive officer since February, while Gorman had spent less than three months on the Antietam before his removal. Cebik spent about a year and four months in his position before his removal.

Gorman was reassigned to Task Force 70, based at Yokosuka, and is now working on the aircraft carrier USS Ronald Reagan, according to a Tuesday report by Military.com.