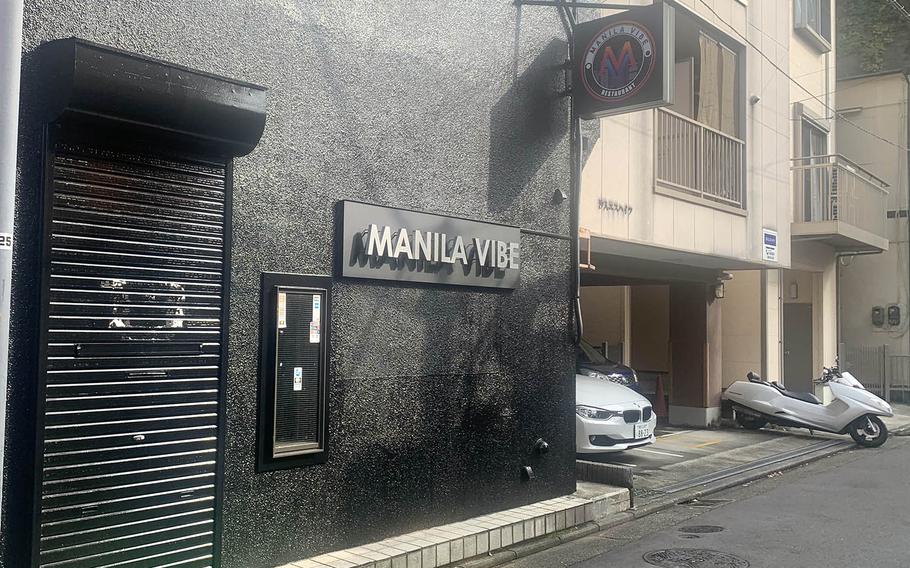 Buy Photo
The commander of Yokosuka Naval Base, Japan, has barred sailors from Manila Vibe Resto Bar and Music Lounge, which "operates under the guise of a restaurant while continuing, in fact, to be a bar and lounge," according to a memo issued Oct. 30, 2020. (Caitlin Doornbos/Stars and Stripes)

YOKOSUKA NAVAL BASE, Japan — Two local bars are now off-limits to U.S. sailors — one for serving underage drinkers and another for undermining measures the Navy put in place to curb the coronavirus’ spread.

Capt Rich Jarrett wrote in a pair of memos that Manila Vibe Resto Bar and Music Lounge and Sasha Latin Resto Bar, both in the city of Yokosuka’s Honcho bar district, are officially off-limits to those under his command.

U.S. personnel, including sailors, civilian employees, contractors and family members, are allowed to eat indoors at restaurants that serve alcohol. However, bars and izakayas — Japanese establishments that serve alcohol and appetizers — are banned under public health measures imposed by the U.S. military when the coronavirus pandemic started to unfold.

Jarrett on Friday barred sailors from Manila Vibe Resto Bar and Music Lounge, which “operates under the guise of a restaurant while continuing, in fact, to be a bar and lounge,” he said in an all-hands memo Friday.

Manila Vibe changed its branding in early October to “Manila Vibe Restaurant,” according to its Facebook page. Photos posted on the site appear to show handwritten sticky notes with the word “restaurant” placed on the bar’s menus that previously read “Resto Bar and Music Lounge.”

“These actions violate the health protection measures I have put in place to guard against the continued outbreak of the COVID-19 pandemic,” Jarrett said in the memo, referring to the disease caused by the coronavirus.

The bar also declined shore patrol and Japanese police requests to enter to investigate a customer, base spokesman Randall Baucom said in an email to Stars and Stripes on Wednesday.

Manila Vibe remained licensed with the city under its original name as of Tuesday, according to Yokosuka City Hall. A phone number listed for the bar in city records was unreachable Wednesday.

Jarrett also banned sailors from Sasha Latin Resto Bar on Monday for “serving alcohol to underage service members and refusing entry to members of the shore patrol acting in their official capacity” early Saturday morning, according to a memo issued Monday.

“These actions violate Navy regulations and present conditions that are detrimental to the safety and security of members of the Armed Forces,” Jarrett said in the memo. “This order is designed to prevent service members from being exposed to or victimized by criminal behavior.”

“The Navy holds its personnel to very high standards and takes any allegation of criminal behavior by its personnel very seriously,” he wrote.

Any change in name or management of the banned bars “will not necessarily revoke” the ban, and Japanese police have been notified that the bars are off limits to U.S. service members, according to Jarrett’s memos.

“Personnel are reminded that izakayas, clubs and bars remain prohibited to all SOFA personnel under the current health protection measures,” the base said on its Facebook page Friday, referring to personnel in the country under the Japan-U.S. status of forces agreement.