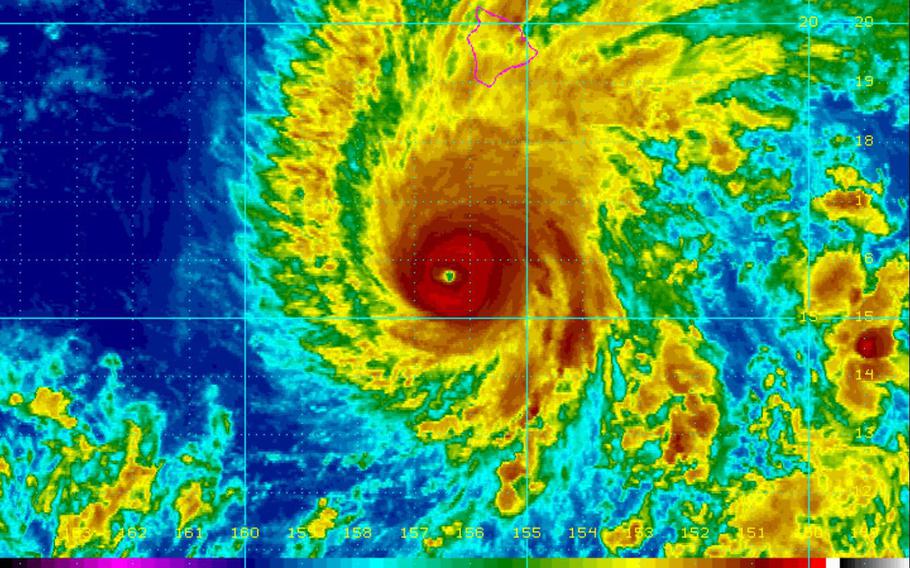 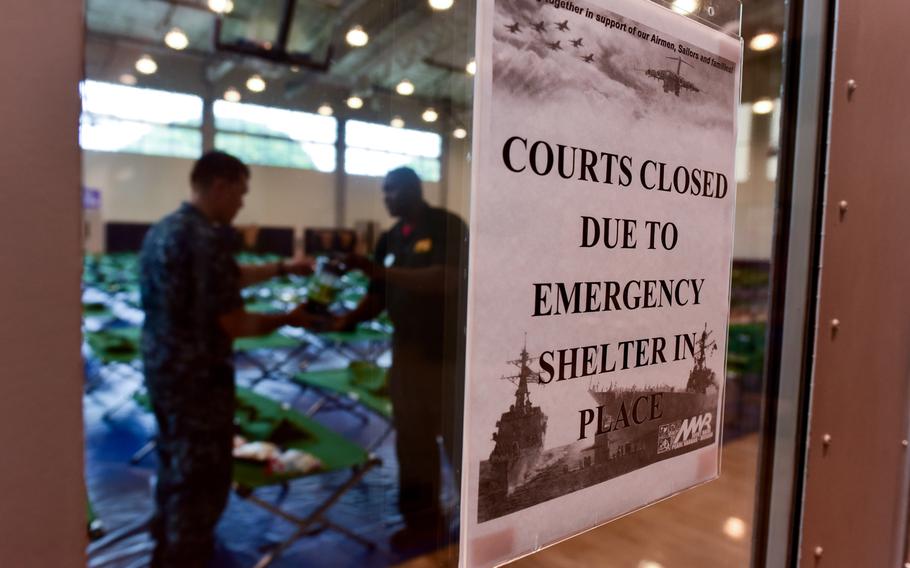 The National Guard has already activated 150 soldiers to support emergency response efforts in Hawaii as the state braces for the impact of Hurricane Lane. But by the end Thursday that could jump to as many as 400.

"The National Guard response in anticipation of Hurricane Lane is well underway,” said Maj. Jeffrey Hickman, spokesman for the Hawaii National Guard. “After Lane hits landfall, we can begin to assess damage and recovery efforts.”

Guard members can assist in search and rescue efforts as well as debris clearance, security, traffic control and incident awareness and damage assessments. Personnel are ready to remain on duty as long as needed, Rauschenberg said. All Air National Guard aircraft on the island chain were evacuated Wednesday to avoid damage from the storm, but will return when it is safe to fly.

“This is what we train for. This is why America has a National Guard,” Hickman said. “To save lives at home, to fight our wars and to build partnerships."

On Thursday evening, Hawaii’s guard plans to announce Joint Task Force 50, a larger command and control element in response to Hurricane Lane, Hickman said. The task force will include about another 120 personnel, with some of them being active-duty personnel from all services.

“We are very familiar with hurricanes, we have had many hit the state and more were near misses,” Hickman said. “Our last big hurricane was in 1992. Since then, we have had smaller ones clip the state causing some damage, but Lane is the largest and most threatening in years.”

To stay trained, he said the guard conducts an annual hurricane exercise with federal, state, county and private partners and non-government organizations.

About 40 of the 120 guard members already serving in Hawaii for volcano recovery efforts will be redirected to help with storm efforts as needed, Rauschenberg said. Since May, these soldiers have provided security and monitored air quality as Mount Kilauea continues to spew out clouds of toxic gas.

Through the Emergency Management Assistance Compact, about 100 members of the Nebraska National Guard are in the process of preparing to travel with resources to the island after the storm, Rauschenberg said. Depending on damage assessments and specific requests made by the Hawaii National Guard, these troops could provide support capabilities such as aviation assets and mechanics, logistics and communications support.

Hawaii Gov. David Ige has asked for dual-status command authority for troops in the state. This allows the commander to operate under state and federal chains of command. Hurricane Lane is a category 4 storm with winds up to 130 mph. It is expected to pass along the southside of the islands starting at 2 a.m. Friday, according to the National Weather Service. As of early Thursday morning, the storm was about 300 miles south of Honolulu.

“The latest forecast track from the Central Pacific Hurricane Center brings the center of Lane dangerously close to the Hawaiian Islands during the Thursday through Saturday time frame,” the weather service release stated. “Regardless of the exact track, life threatening impacts are likely over many areas as this strong hurricane makes its closest approach.”

Outer rain bands have already impacted the Big Island and Maui, causing widespread heavy rainfall and flash flooding. Storm total rainfall amounts of 10 to 20 inches are expected to be common across the island chain, with localized amounts in excess of 30 inches.

"During emergency situations, the National Guard is the first military responder supporting civil authorities in a state duty status, helping to facilitate a unified and rapid response,” he said. "Military organization and training enables unsurpassed capabilities at home in times of large-scale emergency or disaster response. In other words, the experience and education acquired by National Guard personnel significantly benefits the sense of urgency for us to provide our unique capabilities in times of disaster.”