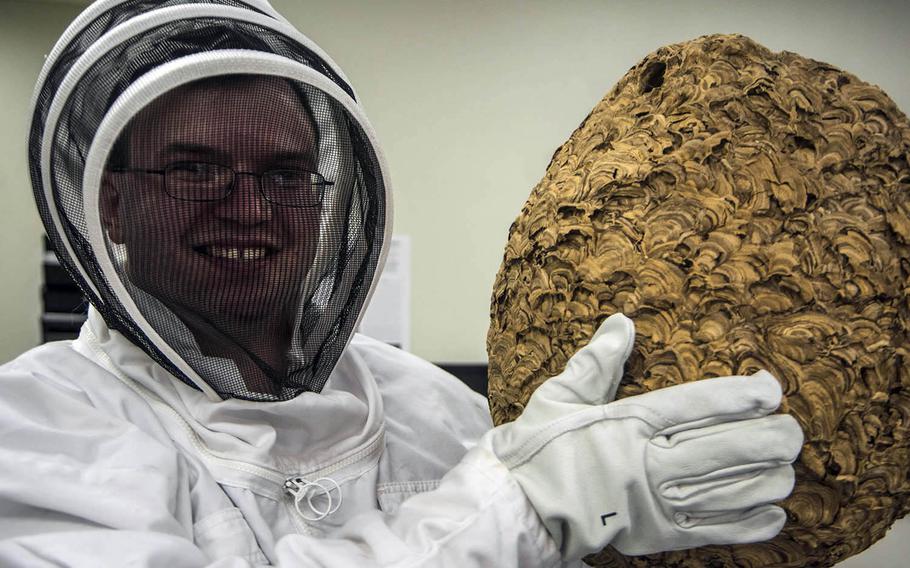 Buy Photo
A sign marks the entrance to the entomology lab at Yokota Air Base, Japan, Monday, May 18, 2020. (Theron Godbold/Stars and Stripes) 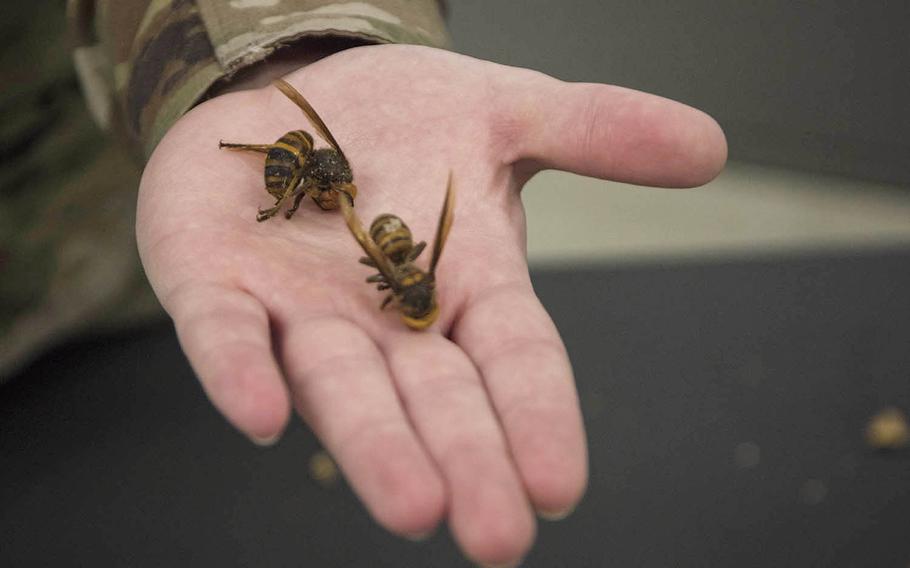 YOKOTA AIR BASE, Japan — The U.S. military is urging its personnel in Japan to call pest control if they spot Asian giant hornets — also known as “murder hornets” — nesting near on-base housing.

Exterminators at the home of U.S. Forces Japan in western Tokyo have responded to several sightings of the deadly insects in recent weeks, said Staff Sgt. Vincent Sarver, 26, of Markleysburg, Pa., an entomologist with the 374th Civil Engineer Squadron.

The world’s largest hornets, which can grow up to two inches long and have relatively toxic venom, grabbed headlines recently after some were discovered in Washington state — the first sighting in North America.

In Japan, Asian giant hornets are a common challenge for military pest control workers. They kill about 40 people in the country each year, usually because the victim is hiking and can’t get immediate medical treatment, Sarver said.

Yokota’s entomologists respond to 50-70 calls about the pests each year. They wear beekeeping suits and use pool nets to remove nests and a chemical called “Wasp Freeze” to kill the hornets.

Known locally as “suzumebachi,” the hornets are known for preying on honeybees, though they’re often killed by the bees when they enter their hives, Sarver said.

“Other types of bees they can kill quite easily,” he said.

A sting from an Asian giant hornet releases a pheromone that attracts other hornets to attack the victim, Sarver said. Doctors treat victims with penicillin to stop an allergic reaction that causes inflammation and organ failure.

A few of the civilian pest control workers at Yokota have been stung, Sarver added.

Yokota’s pest control office is home to a collection of Asian giant hornet nests, including one the size of a beach ball that was pulled off a tree branch near a rental cabin at Tama Hills Recreation Area, a U.S. military resort in Tokyo. Some smaller ones have been found near housing on Yokota.

The hornets typically hang their nests off branches, attach them to buildings or co-opt holes in trees. Nests can house between 100 and 500 hornets, Sarver said.

The insects are active from April to October and most aggressive from August until October, when they hibernate, he said.

“People are likely to be stung when they approach with a couple of feet of a nest,” he warned.