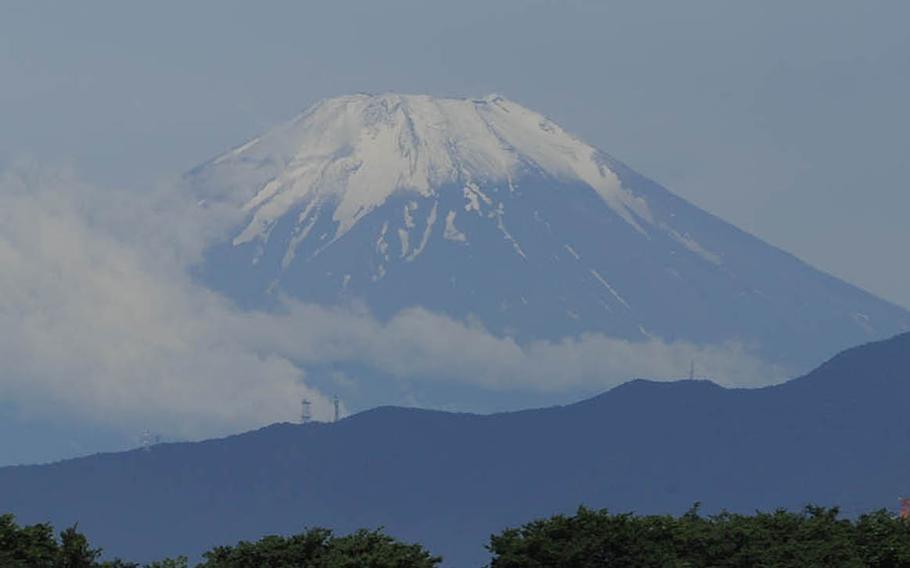 An earthquake drill conducted Saturday, Nov. 14, 2015, at the base of Mount Fuji suffered from poor communication between local authorities and foreign tourists, Japanese broadcaster NHK reported Monday. (Greg Mitchell/Courtesy of the U.S. Navy)

YOKOTA AIR BASE, Japan — A major earthquake drill that was conducted Saturday at the base of Mount Fuji suffered from poor communication between local authorities and English-speaking tourists, Japanese broadcaster NHK reported Monday.

The drill — which focused on guiding tourists to a nearby shelter in case train service is interrupted by a powerful earthquake — was planned by authorities in Fujiyoshida, a city near the World Heritage Site that hosts thousands of daily visitors and is home to the Mount Fuji Visitors Center and Fuji-Q Highland, a popular amusement park.

Train station staffers guided about 70 people — local residents and foreign tourists — to a temporary evacuation area to quiz them about their country of origin and possible injuries before shuttling them by bus to a temporary shelter set up at an elementary school gymnasium, the report said. At the gym, foreigners were asked to write down their names and contact information on forms written in English and Chinese.

A man and woman visiting from the United States told NHK the process was confusing because of a lack of verbal English instruction during the drill.

Mount Fuji is close to several U.S. military bases and is a popular place for troops and their families to visit and hike.