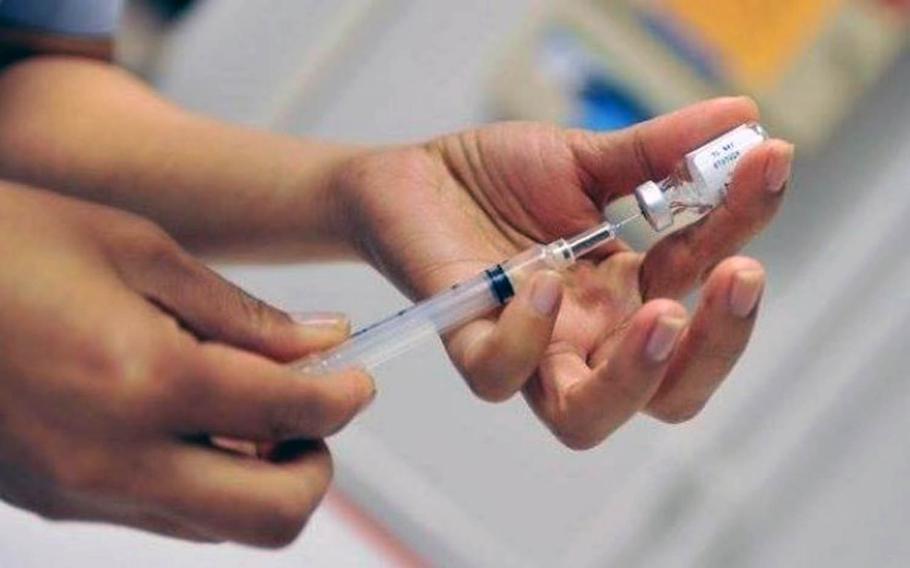 Anyone who traveled through Terminal 2 at Narita International Airport in Tokyo on April 22, 24 and 26 and is not vaccinated against measles should get to their primary care provider or local immunization clinic, according to a Facebook post by U.S. Forces Japan.

An airport employee may have exposed travelers to the disease on those days, the Wednesday message said. American Forces Network Pacific is running a similar public service announcement.

So far, however, so good.

“There have been no confirmed cases on U.S. bases,” Capt. Michel Balihe, an Air Force public health officer at Yokota told Stars and Stripes on Monday.

Children older than 4 and adults who are up-to-date with their two documented measles, mumps and rubella, or MRR, vaccinations are protected from any potential threat, according to the Facebook post.

“Even in rare occurrences like this it just goes to show how important it is to ensure you and your children are vaccinated,” said Amanda Gutierrez, a family member at Yokuska Naval Base, in an interview with Stars and Stripes on Monday. “It only takes one rare occurrence to be faced with a potentially deadly threat.”

Measles is a highly contagious infectious disease that is spread by person-to-person contact or by an infected person through coughing and sneezing.

Symptoms may develop after 10-12 days and last two weeks.

They start with a high fever, accompanied by red, itchy eyes; a runny nose; white spots on the tongue; and after about five days the appearance of the telltale rash, said Lt. Col. Kenji Takano, an Air Force public health emergency officer at Yokota.

That rash begins at the head and spreads to the rest of the body.

“Active-duty troops are supposed to be inoculated; we’re at 99.9 percent in Japan,” he said. “Dependents should be inoculated, but they’re not held to the active-duty standard. This is an opportunity to check your vaccination status.”