McCain joins father and grandfather on ship’s list of namesakes 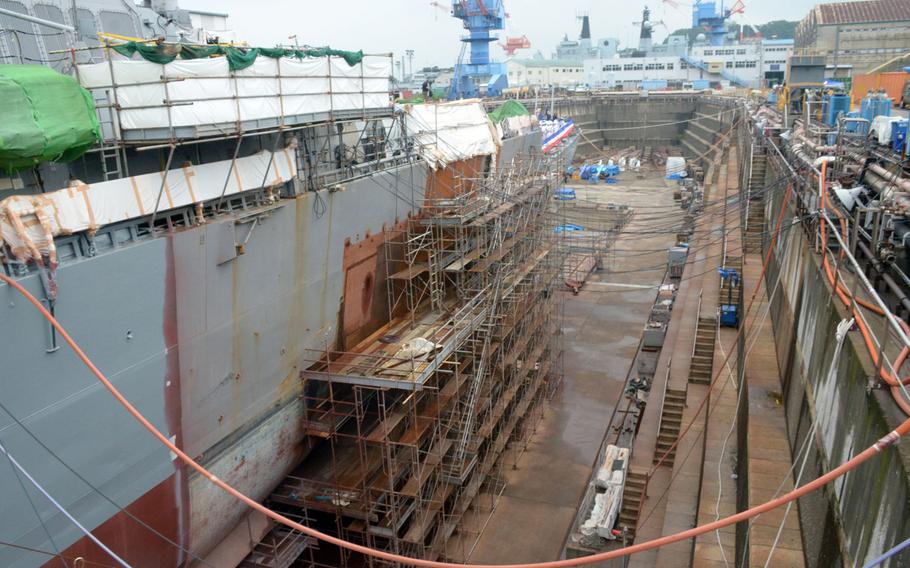 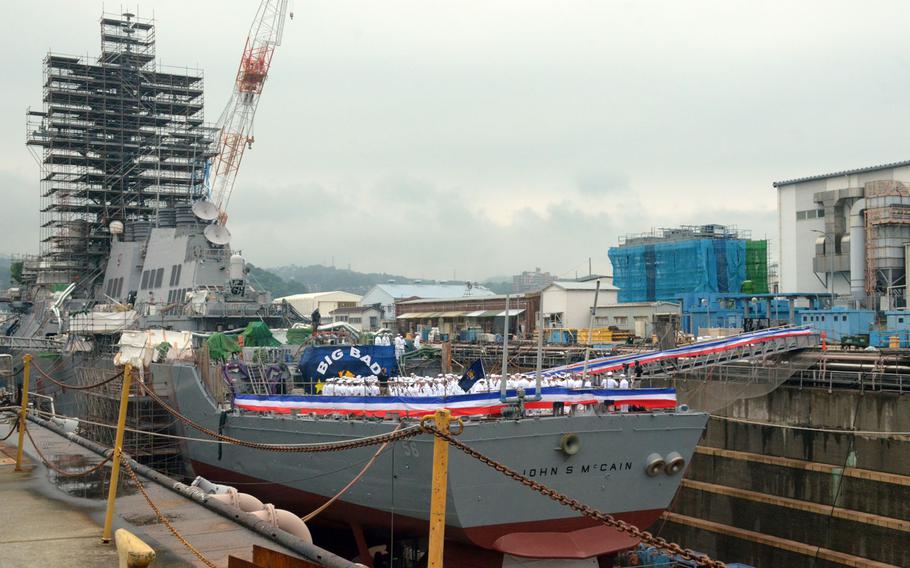 Buy Photo
The USS John S. McCain was decorated in red, white and blue banners June 12, 2018 for the ship’s rededication ceremony. About 265 sailors – nearly the ship’s entire crew – stood on the McCain’s deck for the ceremony. (Caitlin Doornbos/Stars and Stripes) 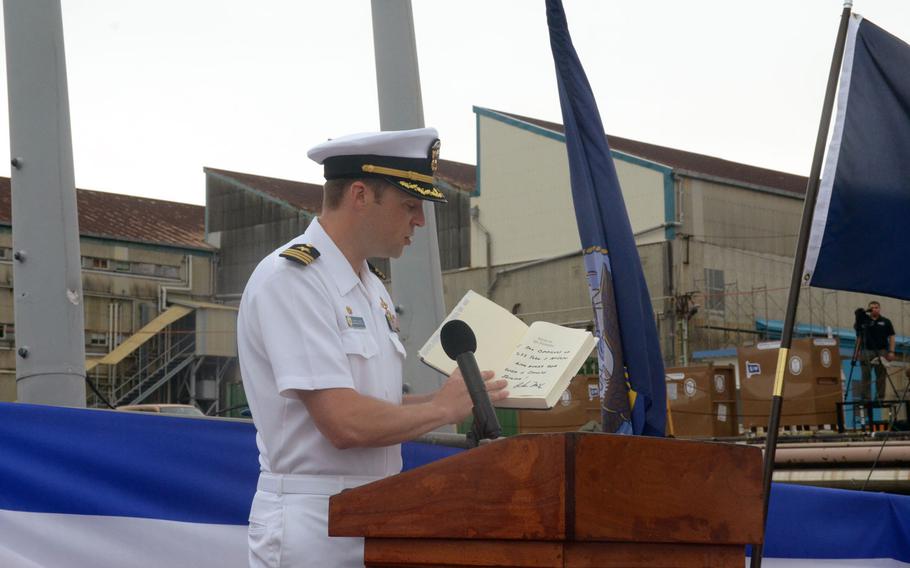 Buy Photo
The USS John S. McCain was decorated in red, white and blue banners June 12, 2018 for the ship’s rededication ceremony. About 265 sailors – nearly the ship’s entire crew – stood on the McCain’s deck for the ceremony. (Caitlin Doornbos/Stars and Stripes)

The ship, originally christened in 1992 in honor of the maverick politician’s Navy admiral father, “Jack” and grandfather, “Slew,” was rededicated Thursday to also honor the former Republican presidential candidate and Vietnam veteran.

Secretary of the Navy Richard Spencer and top Navy brass gathered for the ceremony on the deck of a ship still under repair for damage suffered in a collision with an oil tanker near Singapore last fall that cost 10 sailors’ lives.

The McCain has been undergoing repairs in dry dock at Yokosuka since late last year. Its mast is still covered with scaffolding, and large swaths of steel, red with primer and rust from the port’s salty, humid air, cover the area damaged in the crash.

Before the McCain returns to sea — which Spencer said could happen as soon as early 2019 — the rust will be sanded and the steel painted to make the ship look as good as new or better, given the modernization efforts underway alongside the repairs.

The rededication happened 64 years to the day after the first USS John S. McCain, which honored only the senior McCain, was commissioned

Adm. John “Sidney” McCain Sr. served in World Wars I and II, commanding a carrier task force during the battle of Okinawa. He was on board the USS Missouri when Japan surrendered. McCain Sr. died four days later.

McCain Jr. and his father were the first father-son duo to attain the rank of four-star admiral. McCain Jr. remained in the Navy while his son was taken as a prisoner of war for five years during the Vietnam War.

McCain III, who has been battling brain cancer for more than a year, was not in attendance Thursday, but Spencer said the senator was given a document announcing the addition of his name and a photograph of the destroyer flying its “Big Bad John” ship flag. “He was very taken by that and, as you know, he never would have asked for this,” Spencer said. “It was a true joy to add his name to this for what he’s done for our country and its national defense.”

Murphy said the senator will also receive the flag flown at the ceremony Thursday.

“This country would not be the same without the services of all three of these great men,” Spencer said at the ceremony. “Sidney (Slew), Jack and John: three distinguished officers, three truly remarkable Americans. They sail along with every man and woman on this ship. Their legacy lives on in all of you and in the enduring spirit of the John S. McCain.”