Marines trim Australia rotational force to 1,200 Marines due to coronavirus As Marine Rotational Force - Darwin prepares for the annual rotation during the COVID-19 pandemic, strict prevention measures will be in place prior to, during and upon arrival in Australia. This infographic portrays all the measures that will be taken to assure all personnel attached to MRF-D do not contract or spread the COVID-19 virus. (Lydia Gordon/U.S. Marine Corps)

As Marine Rotational Force - Darwin prepares for the annual rotation during the COVID-19 pandemic, strict prevention measures will be in place prior to, during and upon arrival in Australia. This infographic portrays all the measures that will be taken to assure all personnel attached to MRF-D do not contract or spread the COVID-19 virus. (Lydia Gordon/U.S. Marine Corps) 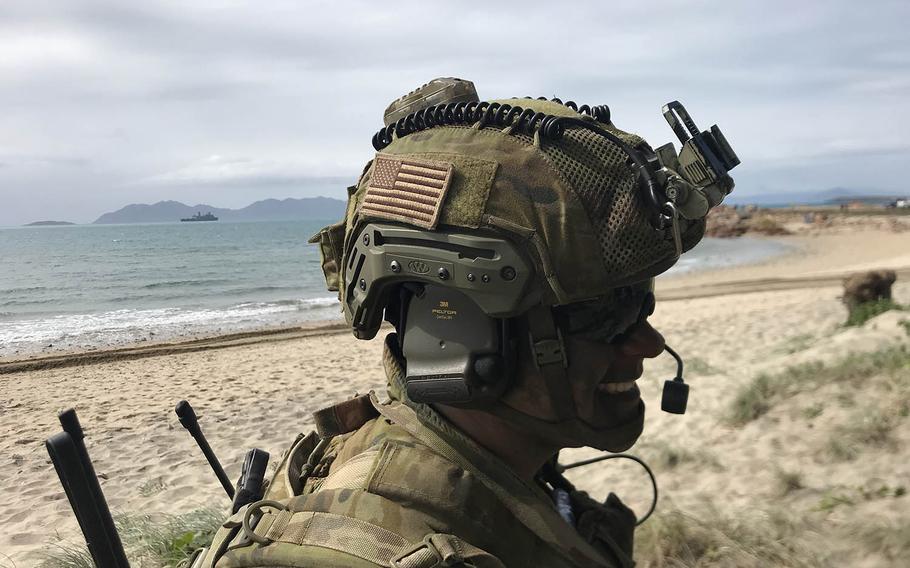 Fewer than half as many U.S. Marines than originally planned will rotate to Australia’s Northern Territory for a training mission this summer that was cut short by the coronavirus, according to the Australian Minister of Defence.

The Marine Corps on May 5 announced the resumption of the rotation to the northern Australian city of Darwin. It had been scheduled to begin in March but was delayed following an order that month from Defense Secretary Mark Esper barring nearly all official movement overseas for Defense Department personnel.

“The modified rotation will involve around 1,200 Marines who will exercise exclusively at Defence training areas in the Northern Territory until September,” the Australian Ministry of Defence said in a statement Thursday.

The annual rotation had been slated to involve 2,500 Marines, the same number that headed Down Under last year.

“I am pleased that the modified deployment will proceed this year, following careful planning and preparations undertaken by both Australia and the United States to minimize COVID-19 risks to the Northern Territory,” Australian Defence Minister Linda Reynolds said, in the statement. COVID-19 is the respiratory illness caused by the coronavirus that’s causing a global pandemic.

Fifty-four Marines who arrived in Darwin in an advance party in March have already gone through a 14-day quarantine and begun training with their Australian counterparts.

The first group of additional Marines will disembark at Royal Australian Air Force Base Darwin in early June, beginning the Australian component of a detailed quarantine and testing regime, the Australian statement said.

Each Marine will be screened four days prior to departure, the statement said.

“They will then be screened and tested for COVID-19 upon arrival in Australia, before being quarantined for 14 days at specially prepared Defence facilities in the Darwin area,” the statement said.

Each Marine will be re-tested at the conclusion of the quarantine period, the statement said.

“The Marines will achieve significant training outcomes with the Australian Defence Force while rigorously adhering to the restrictions in place to safely manage COVID-19 in the Territory,” Reynolds said. “This rotation has been able to proceed, with all the necessary protections related to COVID-19, because of the excellent cooperation between the United States Marine Corps, the Australian Government and the Northern Territory Government.”

1st Lt. Bridget Glynn, a public affairs officer with the Marines in Darwin, said Friday that the Marines would not yet announce the units involved in the rotation other than some III Marine Expeditionary Force personnel already in country and that the equipment they would train with is still being finalized.

Stars and Stripes reported last month that some Marines from 3rd Battalion, 11th Marine Regiment out of Marine Corps Air Ground Combat Center Twentynine Palms and equipped with M777 howitzers are involved in the rotation.

It’s been 6 ½ weeks since a COVID-19 case was diagnosed in Australia’s north, The Northern Territory News reported Thursday.

“The Northern Territory is now effectively coronavirus-free after the last case — an Australian Defence Force member who tested positive while serving overseas — was cleared of the virus today,” the newspaper reported.

All 30 cases of coronavirus diagnosed in the state are related to international or domestic travel, and there have been no cases of community transmission, the newspaper reported.