Marines test positive for coronavirus while under quarantine in Darwin, Australia 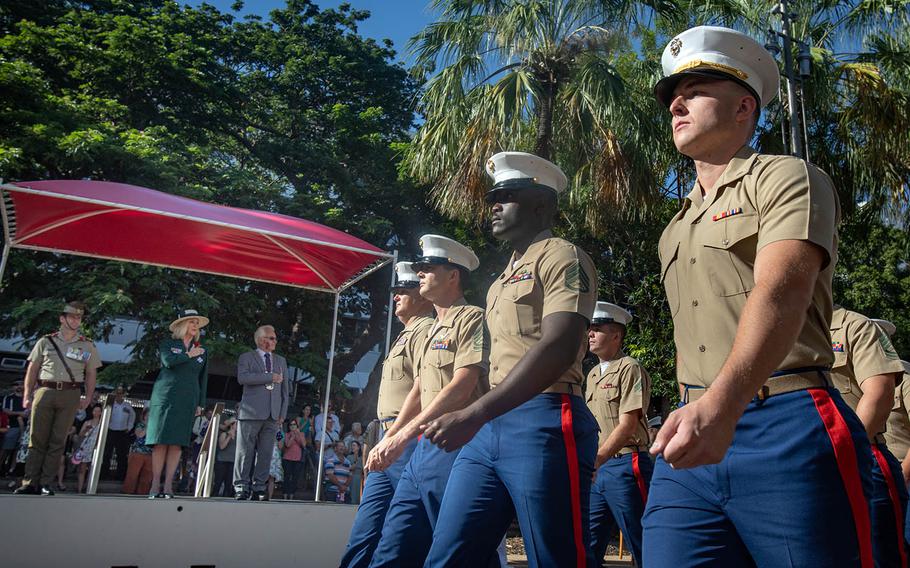 Two U.S. Marines have tested positive for the coronavirus after recently arriving in Australia’s Northern Territory for six months of training.

Both service members, who landed in Australia on April 12 and 14, tested positive during their mandatory 14-day quarantine, according to a statement Saturday from Marine Rotational Force — Darwin.

“The Marines are asymptomatic and will be transferred to the Northern Territory Centre for National Resilience at Howard Springs, in compliance with Australian health protocols,” the statement said.

The Marines will have to test negative for COVID-19, the respiratory disease caused by the coronavirus, before leaving quarantine.

Another Marine who arrived in Darwin for the annual rotation tested positive for the coronavirus in February, the Marines reported that month.

The Darwin rotation is expected to be back at nearly full strength this year, with 2,200 Marines in the Northern Territory by June, according to Australia’s defense department.

The onset of the coronavirus pandemic meant last year’s force was cut by more than half, well short of the 2,500 Marines who went Down Under in 2019.

The Marines and Australian troops will train for humanitarian assistance missions and security operations and conduct live-fire exercises, Australian Minister for Defence Linda Reynolds said in a statement in February.

They also hope to train with partner countries, including during the Talisman Sabre exercise this summer, she said. Japan, Canada, New Zealand and the U.K. participated in the drills in 2019.

The biennial Talisman Sabre, which involved 34,000 U.S. and Australian personnel in 2019, is scheduled to kick off in late June and peak July 18-31, according to the Australian Defence Force.