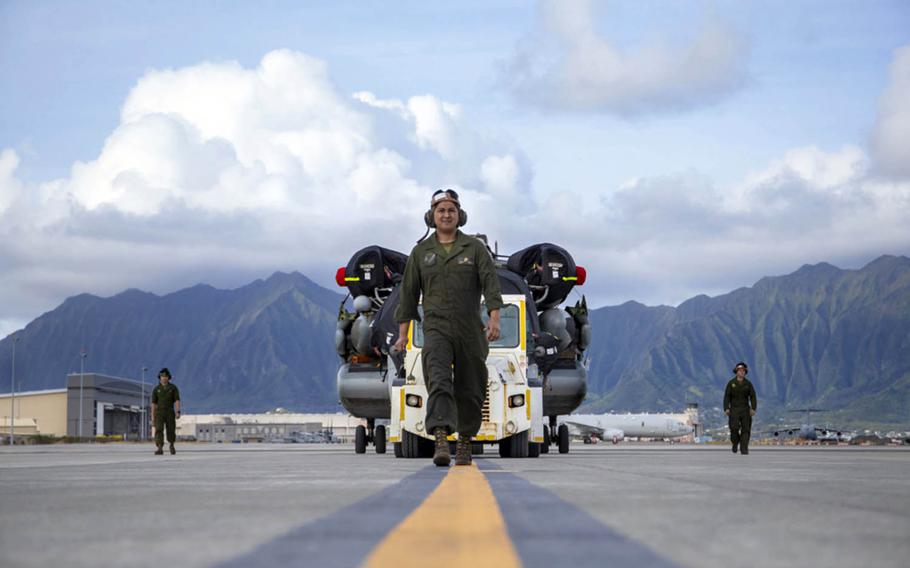 FORT SHAFTER, Hawaii — Two Super Stallion helicopters were permanently transferred from Marine Corps Base Hawaii to Okinawa last week as part of Force Design 2030, in which the Corps is refocusing on expeditionary warfare in the Pacific.

The U.S. Air Force 517th Airlift Squadron transported the CH-53E helicopters on Thursday, the Marine Corps said in a statement Tuesday to Stars and Stripes.

The Stallions were part of the Hawaii-based Marine Heavy Helicopter Squadron 463. The transfer leaves the squadron with eight Stallions, but they won’t be in Hawaii for very long.

Squadron 463 will continue to divest itself of aircraft and be decommissioned sometime in fiscal year 2022, which begins Oct. 1, the Marine Corps said. 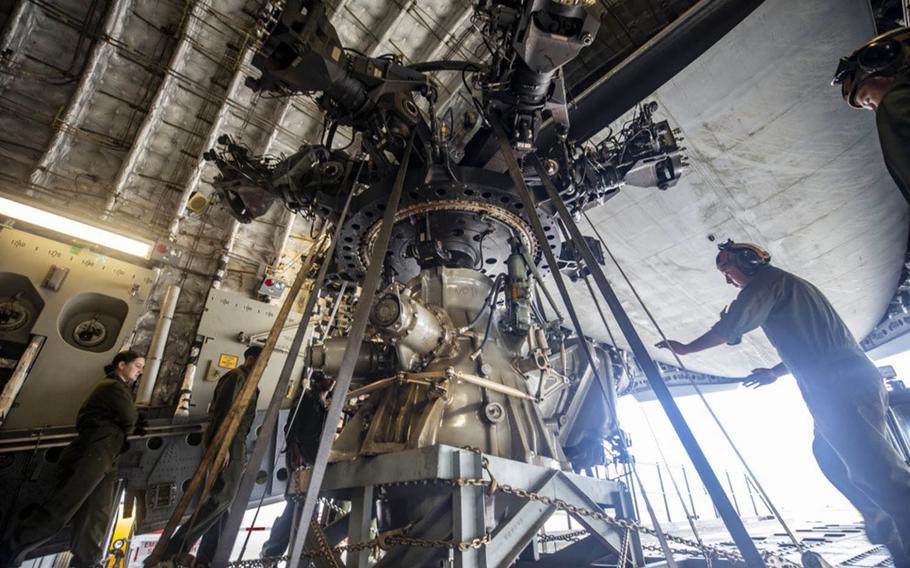 Hawaii’s Marine Light Attack Helicopter Squadron 367 will also be decommissioned as part of the force redesign, the Marine Corps said.

Marine Aircraft Group 24 at Marine Corps Base Hawaii will gain a KC-130 cargo plane squadron in the years following the other deactivations, the Marine Corps said.

The new force design calls for formation of the 3rd Marine Littoral Regiment from the existing 3rd Marine Regiment in Hawaii.

The littoral regiment will consist of a combat team, an anti-air battalion and logistics unit capable of quick maneuvering to and among the myriad islands and atolls in the Pacific, the Marine Corps Times has reported.