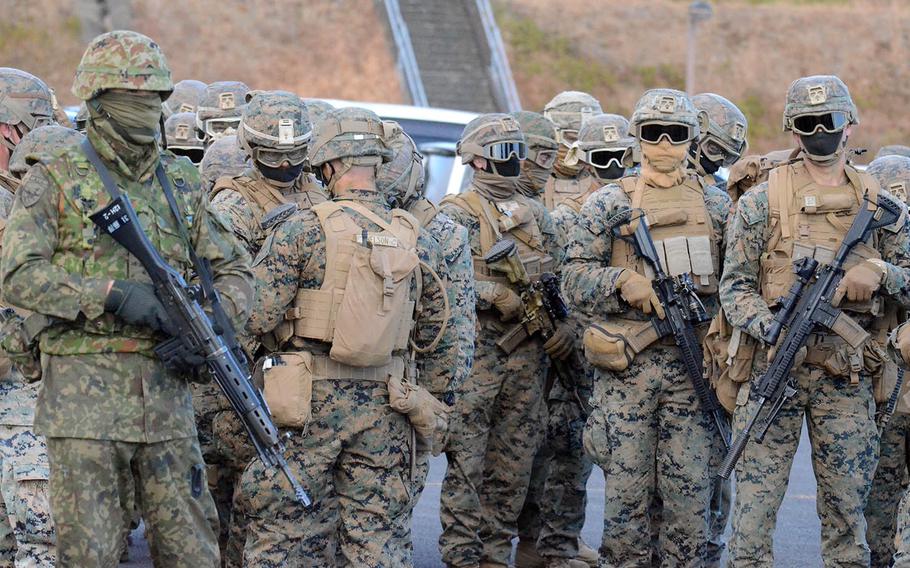 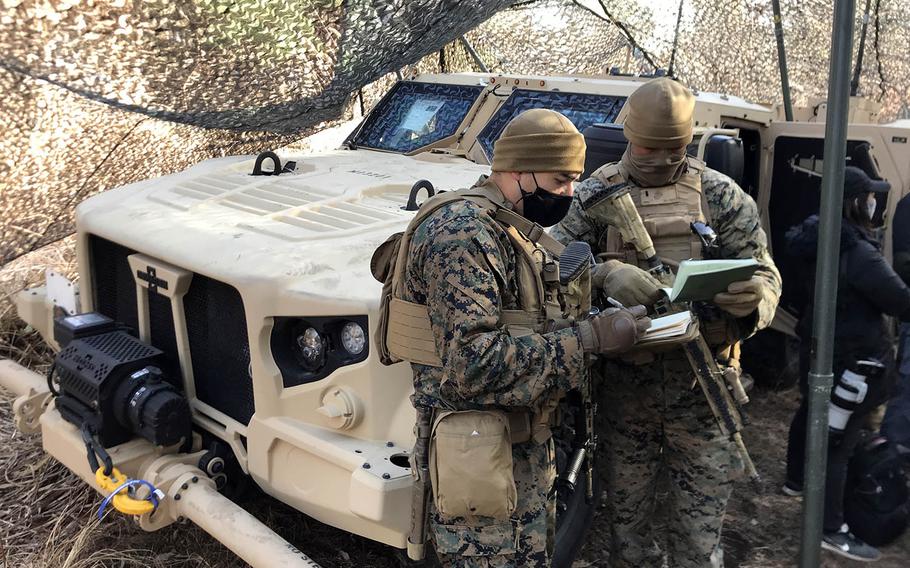 CAMP SOUMAGAHARA, Japan — The Marine Corps is downsizing its command-and-control sites in the field to something light, mobile and suitable for work within range of an adversary’s firepower.

“We can have it set up in a matter of minutes,” he said.

The Marines and JGSDF are practicing assaults on “key maritime terrain” during Forest Light, the type of operations the Pentagon foresees in a potential conflict with China. The exercise concludes Thursday.

Marine Corps Commandant Gen. David Berger warned in a commentary published a year ago on the War on the Rocks website that growing Chinese military capability means that “forward bases and legacy infrastructure within the adversary’s weapons engagement zone are now extremely vulnerable.”

Small command posts allow the Marines to disperse so they are less vulnerable to attack, Berry said. The Marines’ combat operations center is minimalist in a way that would make Japanese decluttering expert Marie Kondo proud.

There were no tents or large antennas to link commanders to forces in the field. Orders were sent using the trucks’ standard radios and antennas, which aren’t much larger than what you would see on a civilian off-roader.

The center’s small size didn’t detract from the power at its command.

Marines packed into a pair of Japanese CH-47 helicopters while Japanese troops clambered into Marine Corps’ MV-22 Ospreys and flew to their objective supported by Japanese AH-1S Cobra attack helicopters.

In a matter of minutes, the aircraft landed in the field and the troops took up positions in tall grass where a mock opposing force was lurking.

Back at the command post, Capt. Justin Nole, an Osprey pilot, was working radios as a joint terminal attack controller to separate the aircraft from other fire, such as rockets, mortars and Japanese artillery.

The command post is designed to be hard to find with the smallest possible visual, heat and electronic signatures, Berry said.

The small command posts are a far cry from the bases where Marines worked a few years ago, added the battalion’s executive officer, Maj. Chris Caldwell.

“The established forward operating bases of Iraq and Afghanistan are unrealistic in the current environment,” said Caldwell, who saw action in both theaters.

Advances in radios mean Marines can do the same sort of things they once did with massive antenna arrays, Caldwell added.

“We don’t need extra stuff cluttering it up,” he said.