Marine found dead after boat capsizes near Hawaii base 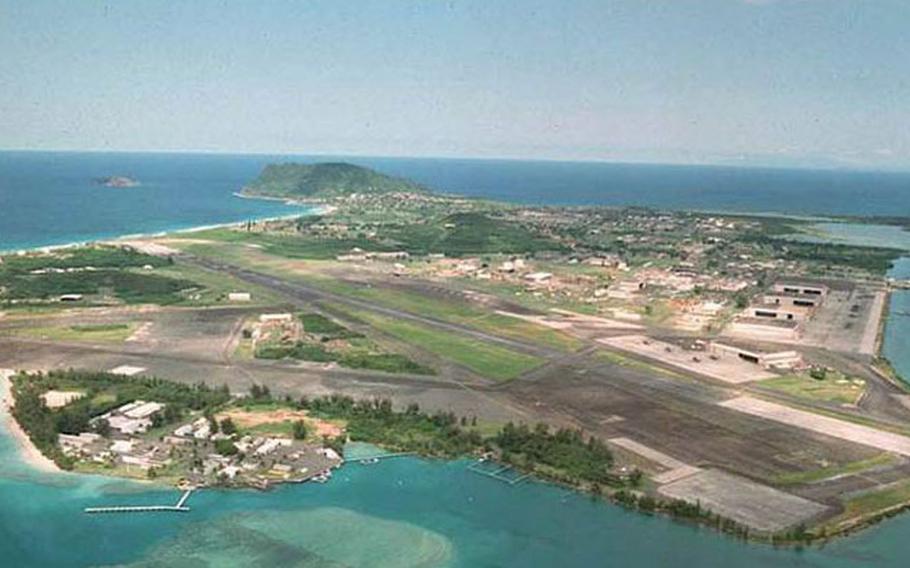 An active-duty Marine died Saturday morning when a boat he was on capsized in the waters off Marine Corps Base Hawaii in Kaneohe.

The Marine Corps will not release the name of the Marine until his next of kin have been notified, spokesman Chuck Little said in a statement.

“We are saddened by the loss of one of our Marines, but are deeply grateful for the efforts of the Honolulu Fire Department and Coast Guard in this matter,” Little added.

Honolulu Fire Department personnel responded to the report of a missing swimmer at about 2:30 a.m. and subsequently learned that a 17-foot boat had overturned with three men aboard. The other two managed to swim to shore.

The missing man was found unconscious underwater at about 8:30 a.m. and was later declared dead.

Fire department responders were joined in the rescue effort by the Coast Guard and other military personnel.