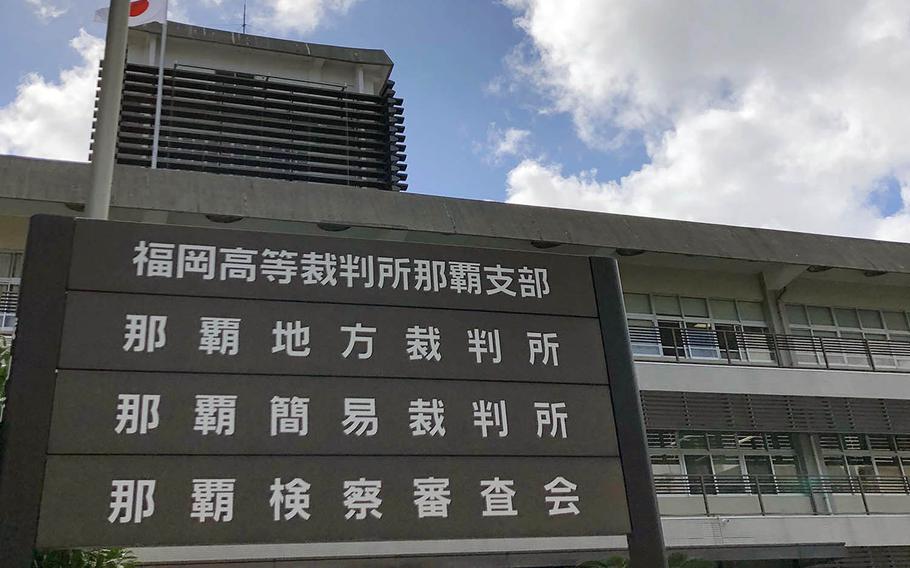 CAMP FOSTER, Okinawa – A Marine is facing 3 ½ years with hard labor in a Japanese prison for a night of drinking in American Village that ended in a taxi destroyed and the driver injured and shaken.

Lance Cpl. Jamison Michael Bissett, 20, assigned to Camp Hansen, pleaded guilty Monday to assaulting the driver, Hideki Enokawa, 61, and stealing and crashing the cab while drunk the night of Nov. 7.

Bissett, in Naha District Court for trial Monday and Thursday, returns at 11 a.m. Monday for sentencing by Judge Tatsuto Sakamoto.

Prosecutors are asking for 3 ½ years; Bissett’s attorney has asked for probation.

“Although the defendant admitted all of the charges and is remorseful for what he has done, his crimes were malicious,” a prosecutor said Thursday during final arguments. “Being drunk is no excuse for his behavior.”

The court on Monday heard how Bissett, who became emotional at times during the trial, and a couple of friends started out for the evening in American Village, a Chatan tourist hub, after returning to Okinawa from the Marine Corps’ training base, Camp Fuji, 65 miles southwest of Tokyo.

The party visited three restaurants and bars where Bissett consumed “at least four to five beers and eight to 10 shots of tequila,” he said in court Monday. Bissett said he remembers hailing a cab and asking the driver to take him to Camp Hansen, but nothing after that.

On Thursday, he expressed remorse.

“I’d like to take this moment to apologize to the taxi driver and the company,” he said in closing arguments. “I am very sorry, and I will never, ever do this kind of crime again.”

Enokawa, of Okito Kotsu taxi, recalled in a statement read to the court how the cab reeked of alcohol as soon as Bissett stepped inside that night. At about 10:10 p.m., several minutes before they were due to arrive at Hansen, Bissett demanded to be taken back to Chatan, according to the driver.

They were so close to Hansen, about 3 ½ miles south of Yaka Interchange on the Okinawa Expressway, that Enokawa kept going, according to his statement.

“Then he started to choke my neck with his hand,” he said.

Enokawa pulled to the roadside and Bissett relented momentarily.

The taxi driver continued on, thinking that Bissett, drunk, had been joking but Bissett began to choke him again, this time with his arm, according to Enokawa’s statement.

“He whispered in my ear that he would kill me in 30 seconds and started to count down,” Enokawa recalled in the statement.

Enokawa finally stopped the cab and fled on foot, according to his statement.

Police found Bissett in the cab, which had struck the median, with a head injury. He was arrested at a local hospital the next day on a robbery charge. Police alleged that Bissett stole approximately $100 from the taxi driver’s change purse. More charges followed Nov. 27.

Bissett has been in custody since his arrest.

Enokawa was injured in the incident, and now suffers anxiety, experiences difficulty sleeping and hasn’t been able to return to work, according to his statement.

“I want the maximum punishment for the defendant,” he said.