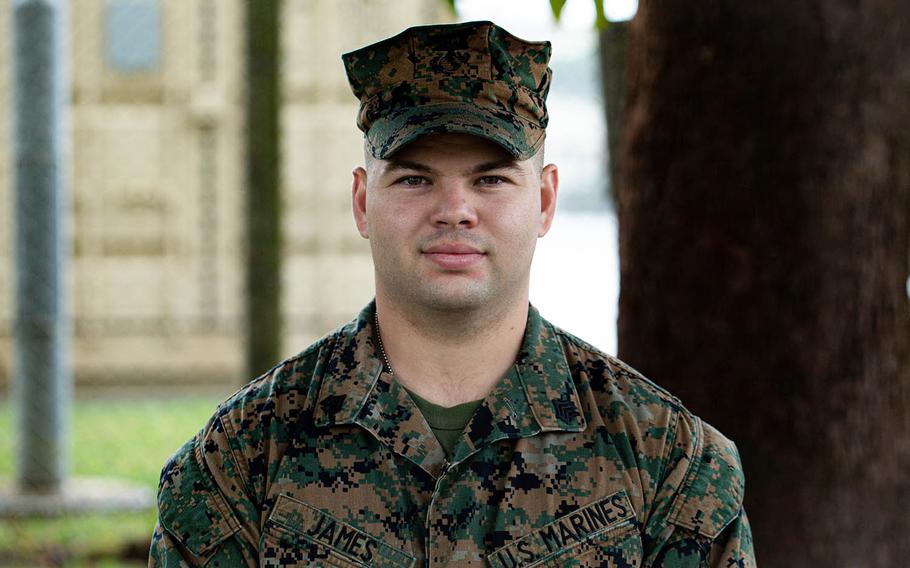 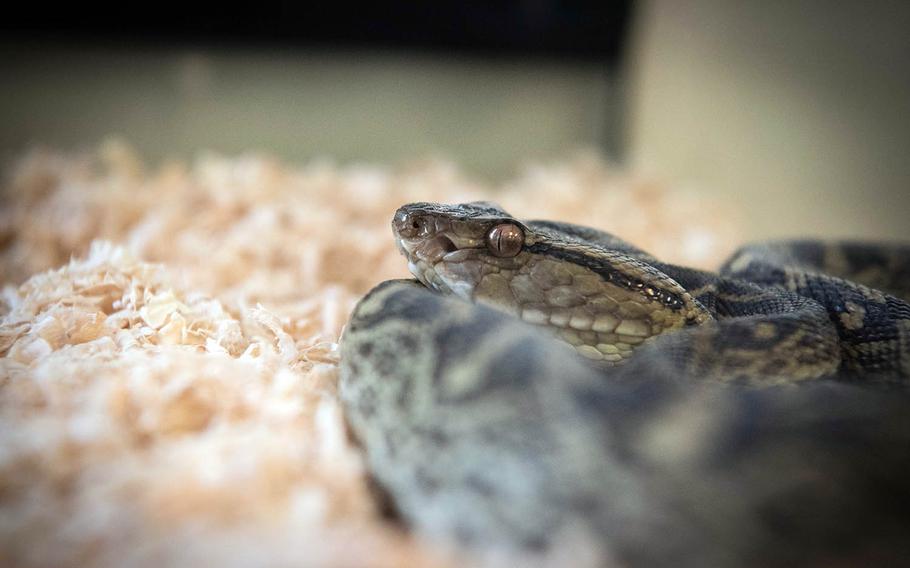 A venomous Habu snake watches onlookers from a terrarium inside the entomology and pest management office at Kadena Air Base, Japan, June 5, 2019. (Kristan Campbell/U.S. Air Force)

CAMP FOSTER, Okinawa – A Marine on Okinawa was credited Thursday with saving the life of a local woman after she was bitten by a venomous habu snake.

Sgt. John James, a motor vehicle operator from Combat Logistics Battalion 31, was barbecuing with friends at the Saloon bar in Kin town on Nov. 6 when they heard a scream, Marine officials said in a statement Thursday.

"We were grilling burgers and hot dogs and suddenly we heard an elderly woman screaming in a language we didn’t understand," James said, according to the Marine statement. "We didn’t know what was wrong until she started screaming out ‘habu, habu.'"

James, of Dubois, Neb., did not hesitate, the statement said. He found the bitemarks and quickly fastened a tourniquet two inches above the wound, using a friend’s belt.

While the bar owner called emergency services, James contacted a corpsman friend to see what else he could do, the statement said. Local authorities arrived quickly. They found the snake and administered the correct antivenom.

First responders credited James and his quick actions with saving the woman's life, the statement said.

James said he spoke to the woman earlier this month, according to the statement. She's doing "really well" and went back to work a few days after the incident.

There are four types of habu snakes indigenous to Okinawa — the habu, Hime habu, Sakishima habu and Taiwan habu — according to the Okinawa prefectural government website.

Up to 50 people on Okinawa — most often farmers or farmworkers — are bitten each year. Habu venom is hemotoxic, destroying blood cells and tissues, according to the Okinawa Institute of Science and Technology Graduate University’s website. Snakebite antivenom is available but the bites can be painful and cause permanent tissue damage.

Less than 1% of those bitten by a habu die, according to a 2013 statement from the U.S. Naval Hospital Okinawa. The snakes are most active September through November.